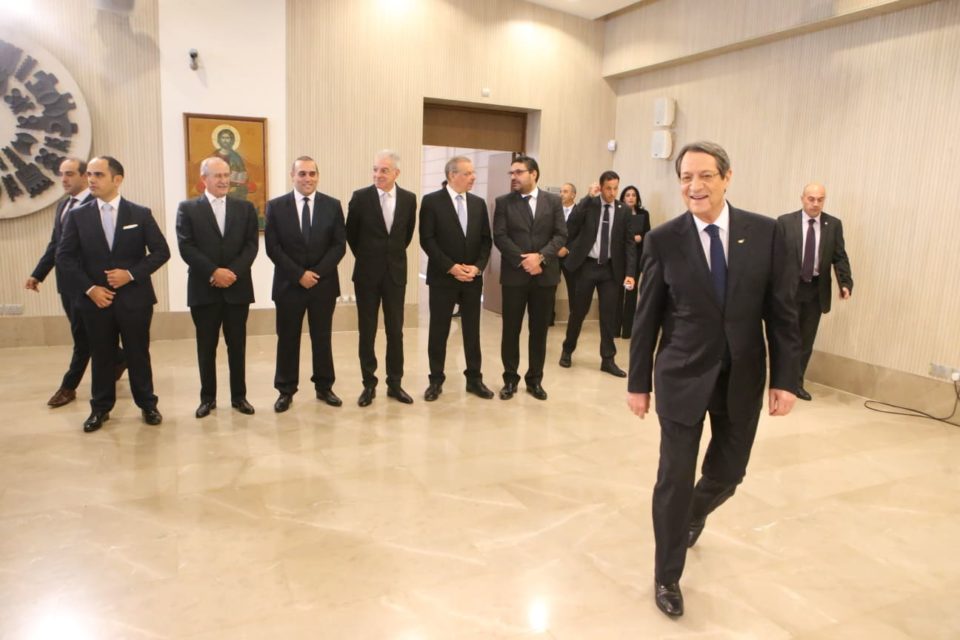 President Nicos Anastasiades called on his cabinet on Tuesday to push the reforms introduced by the government, as four new ministers were sworn in during a ceremony at the presidential palace.

In his speech after the ceremony, Anastasiades asked his ministers for hard work, perseverance, determination and political will.

The president also emphasised the need for a number of reforms to be implemented.

“What I expect from all members of this government is for them to engage in the greatest possible degree and to consult with all political powers, civil society organisations and trade unions, in order to proceed with the implementation of the government programme, reforms, national plans and development projects,” he said.

He urged ministers to intensify their efforts to complete the implementation of the health scheme, justice reforms, modernisation of public administration and local authority reform.

The president also said that a reshuffle is deemed as necessary from time to time, when it serves the strategic choices of a government, this however does not contradict the main goal of the government to meet peoples’ expectations.

“The only way to attain this is through institutional changes and the complete modernisation of state structures and of decision-making processes,” he said.

The president said that he expected his ministers to go through with a series of important development projects, within the deadlines that were set. In particular, he referred to the Larnaca marina, the Vassilikos Energy Center, the relocation of oil facilities from Larnaca, the new Archeological Museum of Cyprus, the Limassol stadium and the completion of several road network projects.

He also said that ministers should find the courage to acknowledge their mistakes and take corrective action. “Only those who do nothing avoid making mistakes,” the president said.

At the same time, the president asked his ministers to show respect to the personnel of the public service.

The most important thing, he said, is to be in daily touch with the people and be able to sense their concerns and hear their suggestions.