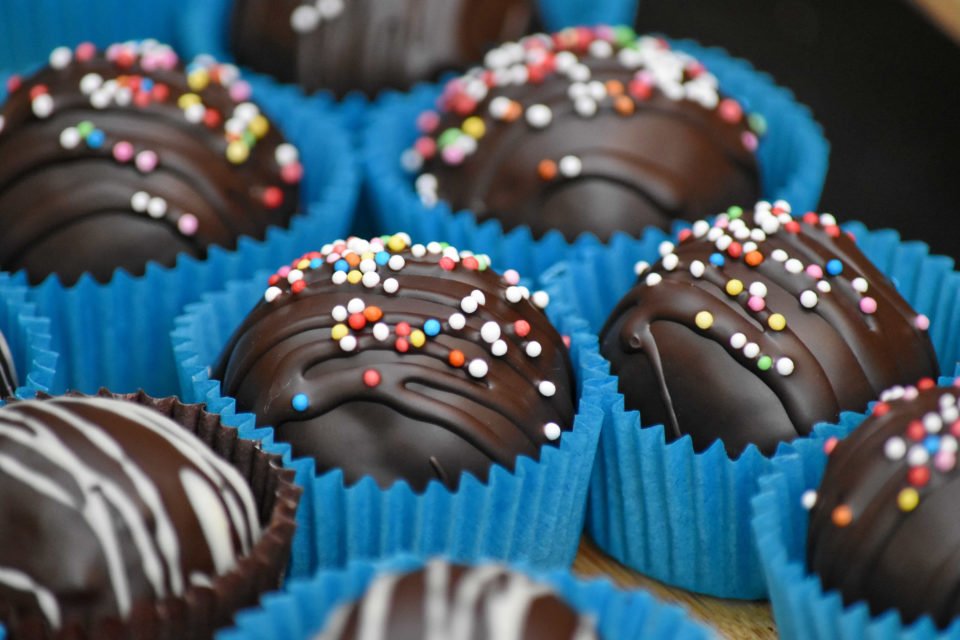 For the past few Christmases, we’ve enjoyed the Chocolate Festival – a glorious (if at times overcrowded!) celebration of all things cocoa. This year it’s not happening. But in its place, and still in Nicosia, we get the Chocolate Factory – an even bigger, better, and more chocolatey experience!

Organised by Eksagon Exhbitions (the people who brought you the Nicola Tesla showcase, and are responsible for the up-close-and-personal-with-a-T-Rex Surviving Dinosaurs exhibition), the Chocolate Factory will take place in the grounds of the capital’s State Fair. Originally set to arrive on the island in November, a change of date has now been confirmed, and we can expect the exhibition to open its doors on December 9.

It’s set to be a bit of an extravaganza; a chocolate overload with a strong educational element. Oh yes, you read that correctly! This is, first and foremost, a schools’ exhibition. Organisers are billing it as a showcase “designed according to the European educational standards, and with an intense entertaining and interactive character.

“At the Chocolate Park, kids and adults can play in the workshops, using the magical, colourful, sweet ingredients to make fantastic creations,” we’re told. “And inside the rooms of the Chocolate Park, various mysterious stories unfold. Stories about the Delicious Chocolate, the secrets of the Cocoa Trees and its processing techniques, the spread of chocolate to the world, the human intervention in the Amazon forests and cocoa plantations, the biscuit and chocolate production stages, proper chocolate consumption, oral hygiene and more.”

Oral hygiene? Well yes, of course it’s important – any dentist would agree. But it’s not quite what we expected. That said, we are promised a “Chocolate Valley, with thousands of tonnes of hot, delectable chocolate flowing and spilling into lakes and rivers.” (Don’t know yet if you can actually eat this!) “And at the end,” say organisers, “everyone will have the opportunity to enjoy the most healthy and tasty hot chocolate in the world, at the famous Café de Chocolate.”

Among the other exhibits, there’ll be a “magical Metro stop. The waiting area of this colourful and magical pier is suddenly filled with happy travellers waiting for the … chocoride to begin… departure in 1 chocominute!” And “a short humorous movie that reveals every detail of the chocolate-making process.”

But there’s also an appeal to the Instagram generation, with “gigantic chocolate and biscuit exhibits, a fairytale-ish town, colourful shops, a Chocolate Bakery, and a confectioner preparing the tasting of the most amazing chocolate flavours” all billed as “the best spots for photos, and for the sweetest memories.”

Clearly it’s not all jumping into chocolate fountains and gorging on Cadbury’s buttons. But organisers do suggest that the exhibition will be “a world full of chocolates, biscuits, sweets, candies, workshops, rare exhibits and incredible heroes who welcome visitors to the secret chocolate city” so it’s anyone’s guess how much chocolate you’re actually going to consume.

Probably a decent amount, which does cause us to question the whole ‘educational element’. Hats off to any teacher brave enough to escort an over-excited class round a chocolate fest, and then deal with a bus full of sugar-crazed children. Organisers may well be right on the money when they suggest “The experience at the Chocolate Park will be unforgettable!” But it’s also billed as “experiential, educational, tasty and definitely enjoyable. We invite all the educational community to come and enjoy an unforgettable tour inside the secret world of Chocolate!” organisers conclude.

Occupying more than 1,500 square metres, and located in Pavilion 1, the Chocolate Factory will be big, if nothing else. Tickets vary in price, and it’s in your interest to go as a group: entry for one is €9, and two is €18, but three are €20, and a company of four costs €30. A student ticket is €6, organised groups check in for €7 per person, under-3s go free (though may not gain a lot from the experience), and there are various other concessions available. All in all, if you’re sweet-toothed and education-minded, head over to the State Fair from December 9 (the exhibition will run for at least three months, through December, January and February). Hopefully you’ll learn a little and enjoy a lot!

Runs from December 9 at the State fair, Nicosia. For more information, call 22 008567 or visit http://www.eksagonexhibitions.com/

Deal to develop LNG infrastructure and supply in Cyprus reached