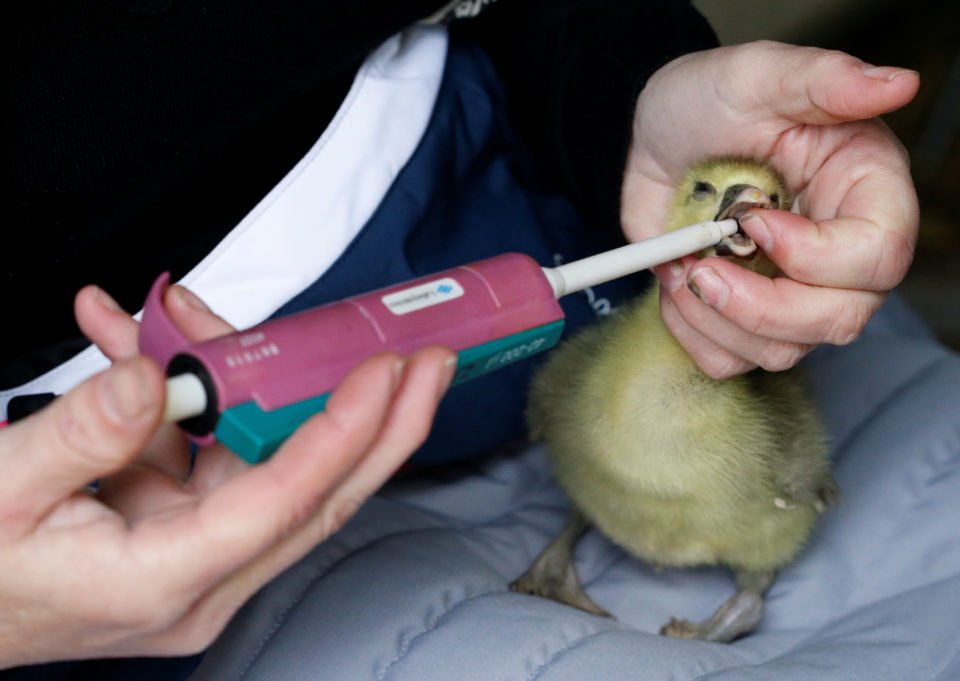 A geese grower farmer gives a dose of serum containing the bacteria to stimulate fat growth in liver to a two-day-old gosling to produce a "naturally fatty" foie gras, in Bazillac

In a barn in south-west France, farmer Valerie Fosserie squirts serum into a gosling’s mouth as a prelude to what she says is production of the world’s first ethically friendly foie gras.

The delicacy, long a feature on the menu of gourmet restaurants across the globe, is made by force-feeding geese to turn their livers to fat, a process long denounced as cruel by animal rights activists and increasingly viewed with unease by authorities in some western cities.

In October, New York City, often considered the US fine dining capital, prohibited the sale of foie gras, following similar bans in Chicago and the state of California.

In response, French scientists at research company Aviwell near Toulouse have developed an alternative version of the delicacy that uses bacteria – ingested by the goose as a serum – to stimulate a natural, rather than forced, build-up of fat.

“It’s the combination of certain bacteria that is capable of triggering in baby geese the natural composition, and completely biological growth, of fat in the liver,” company co-founder Remy Burcelin said.

Aviwell raised 600 geese when it launched its project last year, and Fosserie has now become the first foie gras farmer to adopt the technique, which also doubles the birds’ average lifespan from three to six months.

“It’s the future, because we see the animal welfare movement getting bigger and bigger,” she said.

This next-generation foie gras will be aimed primarily at the US market and Europe, where Britain, Finland and Poland have banned its production.

But the French culinary establishment is taking note too.

Toulouse chef Simon Carlier, who has been creating dishes with Aviwell’s foie gras for a month, described it as subtle and with an appealing density. It could be served cold or just with little garnishing.

“We see a texture, which is less nauseating, let’s say. We can’t compare it to meat – but in some way, it’s easier to eat,” Carlier said.

A naturally fatty goose liver weighs 300-400 grammes while that of a force-fed goose can weigh around 1kg.