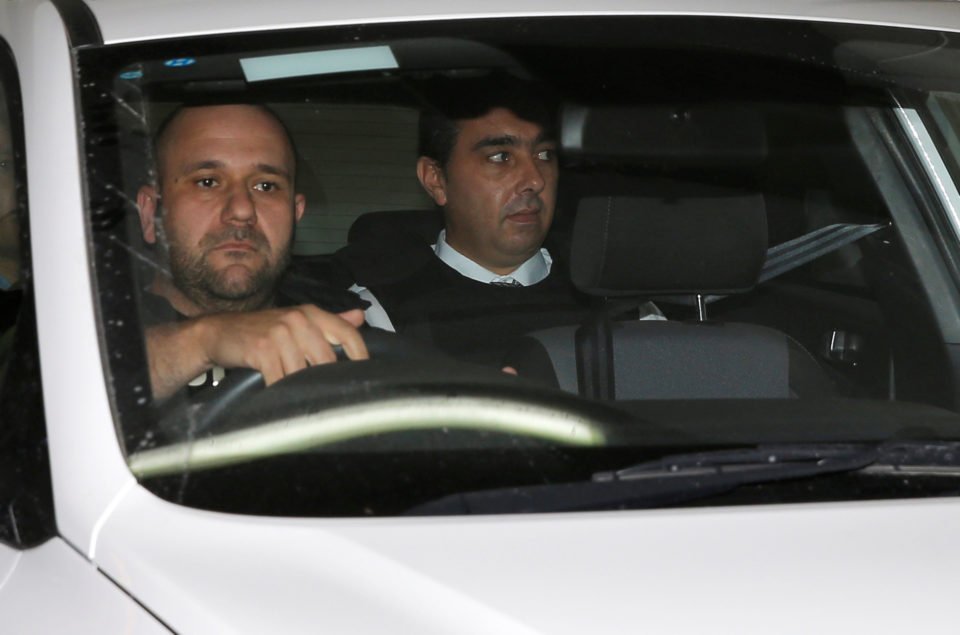 Melvin Theuma, who allegedly acted as a middle man in a plot to murder of journalist Daphne Caruana Galizia, is seen in a police car as he leaves the Courts of Justice in Valletta

The self-confessed middleman in the murder of a journalist told a court on Wednesday a wealthy Maltese businessman was the brains behind the killing but said people tied to government might also be implicated.

Melvin Theuma received immunity from prosecution last week for information that would lead to the conviction of alleged plot leader and multi-millionaire entrepreneur Yorgen Fenech.

Fenech has been charged with complicity over the 2017 murder of anti-corruption journalist Daphne Caruana Galizia by a car bomb. He has denied the accusations and blamed former government chief of staff Keith Schembri and other senior officials.

He has denied involvement in the murder which has highlighted allegations of rampant corruption in Malta‘s overlapping worlds of politics and business.

The plot was put on hold before elections in June 2017 but reactivated the night the ruling Labour party was returned to power, Theuma told a packed courtroom.

“I can assure you, Yorgen Fenech was the only mastermind. Only he spoke to me,” said Theuma, a taxi driver with links to the criminal underworld.

Fenech wanted Caruana Galizia dead because he thought she was going to publish an incriminating story about his uncle, Theuma said.

He said he was called to government headquarters after agreeing to arrange the killing and that Schembri gave him a tour of the building, which includes Prime Minister Joseph Muscat’s offices. The pair had their photograph taken.

Muscat has denied wrongdoing but acknowledged he could have handled the aftermath better and said he will step down next month.

Theuma was subsequently told he had been put on the government payroll and received a paycheck for three or four months. “If you asked me, I wouldn’t know what my job was at the ministry, as I never went,” he said.

He said he paid three local men to carry out the killing. The trio were later arrested and are awaiting trial, having pleaded not guilty. They sat in court stony-faced.

Theuma recounted his panic after the alleged triggermen were arrested and news emerged that one was cooperating with police.

He said he was then contacted again by an employee from government headquarters whom he named as Kenneth. In an apparent attempt to buy their silence, Kenneth said the three suspects would be released on bail and given 1 million euros, though the bail did not arrive.

Theuma said he asked Fenech whether Schembri had sent Kenneth to him, but got no answer. Scared for his safety, he started making secret recordings of his conversations with the businessman, which he has given police.

“I started to think they would either lock me up or kill me,” he said. He also acknowledged writing a note where he said both Schembri and Fenech ordered the hit.

In court, he distanced himself from the accusation, making clear he had no evidence.

With Malta under scrutiny, the new head of the EU executive, Ursula von der Leyen, urged a thorough investigation without political interference. “It is crucial that all those responsible are put to justice as soon as possible,” she said.

A European Parliament delegation, which has spent two days in Malta to review rule of law within the EU’s smallest member, recommended that Muscat go immediately.

“There has to be absolute confidence in the (investigation) and I think when he is in office, that confidence is not there,” said Sophie In’t Veld, a Dutch member of parliament who led the mission.

German member Birgit Sippel told reporters that even with Muscat gone, it would take time to rebuild Malta‘s reputation and suggested the entire government should go.