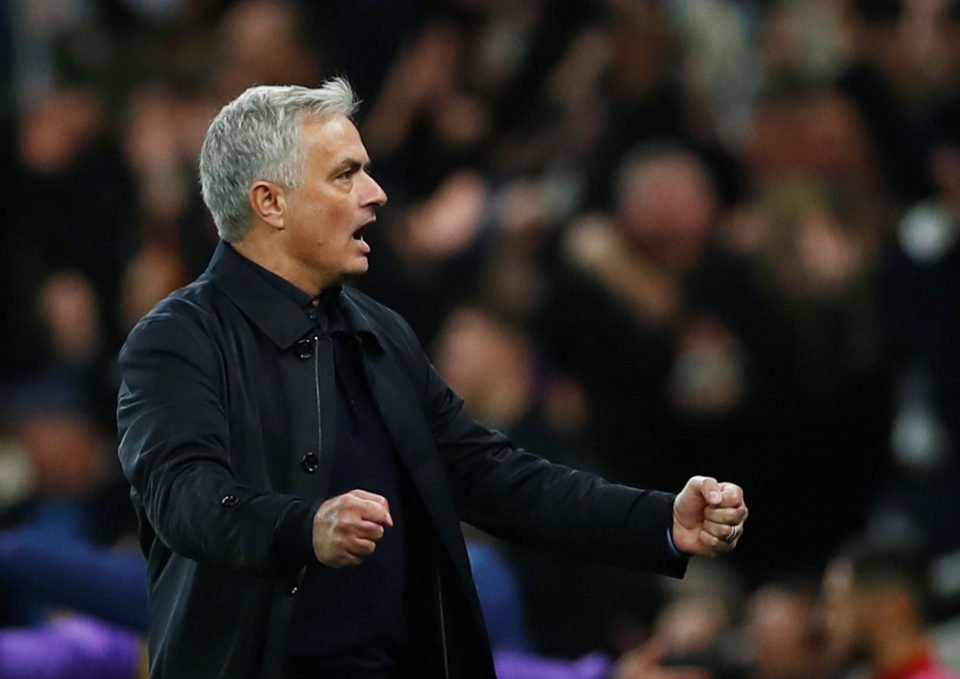 Jose Mourinho's Spurs meet Man United on Wednesday looking for a fourth straight win under the Portuguese. It is the manager's first return to the touchline at Old Trafford since his sacking last December

Jose Mourinho aims to continue his 100% start as Tottenham Hotspur manager when he returns to Old Trafford for the first time as a coach since being sacked by Manchester United and believes he will be shown respect on Wednesday.

The Portuguese won the Europa League and League Cup in two full seasons at United but was sacked midway through the last campaign with the club sixth in the Premier League.

He re-surfaced at Tottenham a fortnight ago after the club parted company with Mauricio Pochettino, and he has overseen three consecutive victories to take Spurs up to fifth.

Mourinho’s United reign was a rocky one but as well as delivering two trophies they also finished runners-up to Manchester City in 2017-18 – a feat the two-time Champions League-winning coach claimed was one of his best achievements.

“Tomorrow I go back as a coach of the team that is going to try and beat Manchester United and that maybe gives a different perspective,” the Portuguese said on Tuesday.

“Going back to Old Trafford is to go back to a place where I was happy. I can say that. I have a great relation with the Manchester United supporters.

“I expect there is respect shown towards me, but I understand what they want is exactly the opposite of what I want – I want Tottenham to win. During the match of course I expect them to forget me and I expect them to support their team.”

Mourinho’s return to Old Trafford has dominated the build-up to the game but he says his time at United is now ‘in my history book’ adding: “At United I won and I learned. My time after I left was a good time for me.”

Solskjaer meanwhile claims to be unruffled by the start of sacking season.
Premier League draws with promoted Sheffield United and Aston Villa either side of the Europa League loss at Astana have ratcheted up the pressure on the 1999 treble hero.

United are in the midst of their worst start to a top-flight campaign in 31 years, having mustered just four Premier League wins ahead of Tottenham’s highly-anticipated arrival on Wednesday night.

Spurs boss Mauricio Pochettino, Arsenal’s Unai Emery and Watford head coach Quique Sanchez Flores have all left in the last fortnight – managerial changes that Solskjaer says have not alarmed him.

“No, it doesn’t make me more concerned,” the United boss said. “I’m just focusing on my job and that’s doing as well as I can.
“It’s that time of year. It’s never nice to see your colleagues lose their jobs – now three in a very short space of time.

“It is as football is – it’s a game of margins. Sometimes you have luck, sometimes you don’t, but it doesn’t make me any more concerned that it’s December, no.”