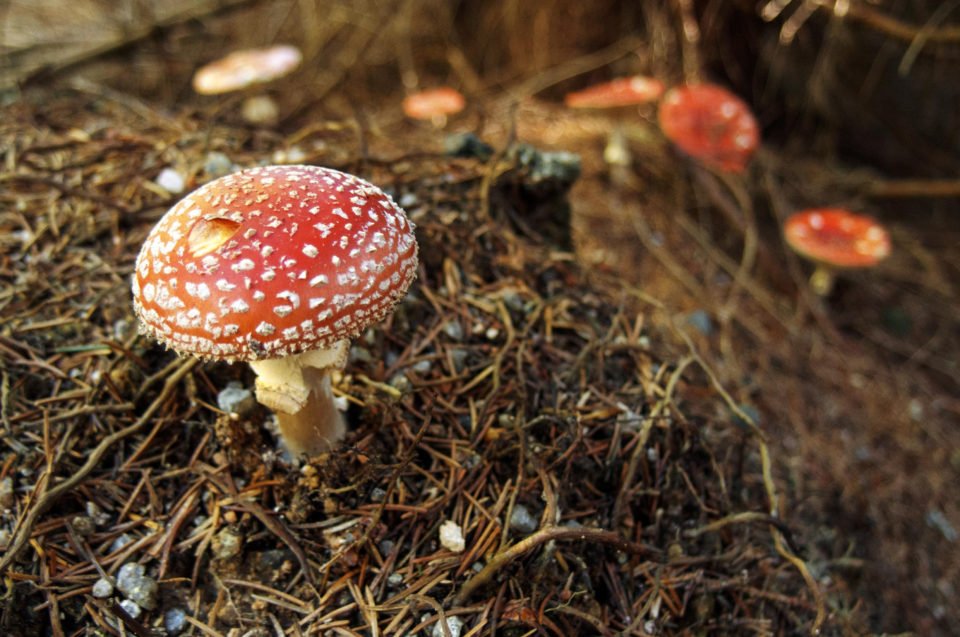 ‘Did you know,’ I started, trying to get Dub’s mind off her previous evening’s date, ‘there are probably around five million mushroom species across the earth, and possibly as many as 5,000 in Ireland?’ We happened to be eating some of the fungi at a nice restaurant, her treat. I was, however, a tad anxious that her incandescent fury might not only give her indigestion but with her high blood pressure something even worse. If there was an alert status for furious face colours hers could be filed under red alert.

‘Who gives a s**t about mushrooms? Did what I said not sink in?’

It had sunk in all right. In fact it had almost sunk me under the weight of her tirade and her obvious disappointment. She’s usually good company so I had expected a fun chat over a nice chomp and a drink, but since we sat she had spoken only of the pile of (insert Irish word for) poo who took her out the evening before. She had met Suave at a book event looking fetching and gracefully perfect in a light navy suit, white shirt and pale grey tie in the midst of a group of swooning ladies.

He, she figured, was possibly near 70, handsome in that attractive, ageing superbly man-way, moving as though years were an asset rather than an encumbrance, holding his wine glass in a pose that had connoisseur written all over it. Now Dub is well preserved, she is gifted with great skin and the ability to keep it looking like a baby’s bum. She’s Pamela Anderson, if that actress was a little plumper in parts other than the upper section of her bod. And Ms Anderson would have stiff competition from Dub’s luxurious, upholstered upper structure. So when Dub decided to give him the come hither, she did so with some confidence. He responded favourably, took her phone number and called to ask her out.

‘It’s hard,’ she told me, ‘to find a man you really want to go out with and I really fancied him. He seemed in good shape, you know, the kind you imagine still plays tennis… if not exactly at the same speed as Nadal but with viable knees.’

She had dressed with extra care, wore high heels to show off her good calves and ankles, had her hair and nails done and made sure she was comfortable with herself should he try to kiss her goodnight. She intended to keep him at arm’s length for a time so he would respect her.

‘But as we sat there talking away, everything going grand, I realised he wasn’t looking at me, he’s looking over my shoulder.’ A drool of blood ran down the side of her mouth and I wondered if mentally it was Suave she was cutting up with her steak knife? She excused herself to go to the ladies so she could see what had caught her companion’s attention on the way back.

‘Two women, young enough to be his granddaughters!’ He was giving particular attention to the one with jet black hair cut in that sleek style that slides down over one eye and hooks up over one ear, roaring red lips ‘And a pair of false eyelashes that could swat a mosquito at ten paces.’ She paused to chew hard on the rare meat and stabbed a couple of mushrooms with her fork.

‘The clothes and the bag spoke loads-a-money. She had on a gorgeous roaring red suit and I thought to myself that cost more than a shagging load of shillings shaking in a scratchy satchel.’ (Try saying that after a few gins.) She paused to gulp some wine. ‘The rat was sizing up the whole property, probably hoping for someone well off to care for him in his dotage.’ Dub was considering walking out when the women got up to leave. ‘She did a Doppler on him.’ Dub snorted, ‘but she stopped at our table and said to me,

‘Your father was flirting with me.’

‘I know,’ said Dub laughing, ‘it’s sad; I’ll be changing his nappy in a little and he thinks he’s still twenty-five.’

‘You had the last laugh.’ I tried.

Police and judiciary in urgent need of a shake-up