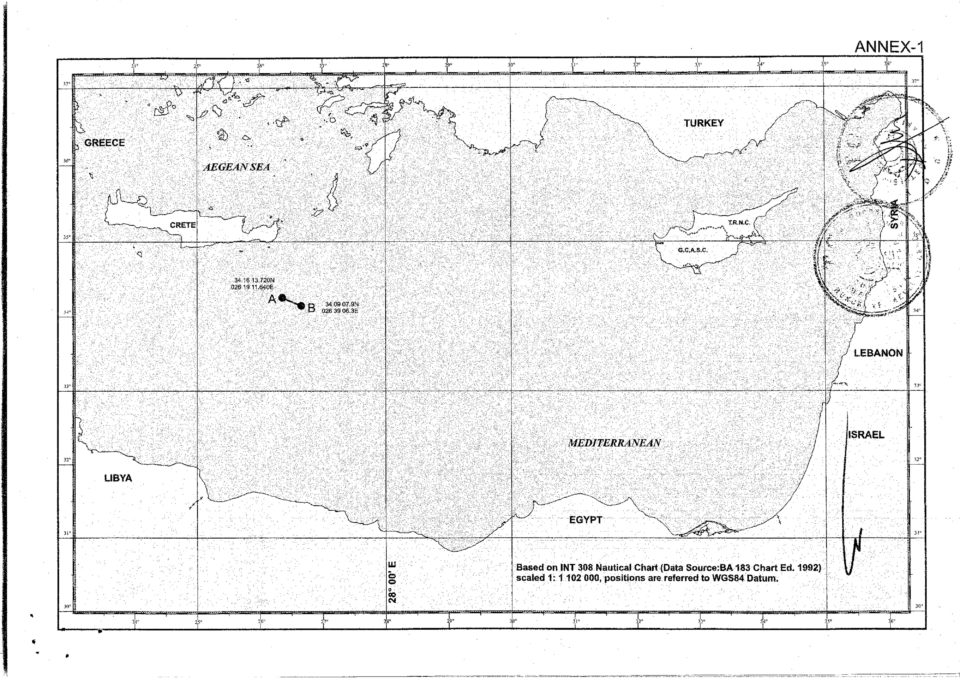 The Turkish parliament on Thursday ratified a controversial agreement with Libya delineating the two countries’ maritime borders in the eastern Mediterranean.

Ahead of the vote, Turkey’s vice-president Fuat Oktay spoke of a “historic agreement” that would bring peace to the eastern Mediterranean and solidarity between Turkey and Libya.

Greece, Cyprus, and Egypt have condemned the deal, with Athens warning it would expel Libya’s ambassador if he did not hand over the agreement.

The agreement was delivered to the Greek foreign ministry on Thursday morning, with diplomatic sources saying that Athens finds it violated the basic principles of international maritime, it had no legal basis, and it further complicated matters in the eastern Mediterranean.

The five-point agreement on the delimitation of maritime jurisdiction areas between Turkey and Libya and accompanying maps were made public by CNN Turk on Thursday.

The agreement also says the maps are an integral part of the text of the memorandum.

The agreement also provides that after it is approved by the two countries’ parliaments, it will be submitted to the United Nations.

Greek Defence Minister Nikos Panayiotopoulos said of a meeting the previous day between Prime Minister Kyriacos Mitsotakis and Turkish President Recep Tayyip Erdogan that “we agreed, in a good climate, that we disagree.”

According to Panayiotopoulos, Mitsotakis censured Turkey’s conduct with Erdogan too raising several issues.

When the discussion came to the content of the agreement, Erdogan, jokingly told Mitsotakis that Greece could have asked a copy from Libya’s ambassador to Athens, “but you kicked him out,” Panayiotopoulos said.

Greece, Cyprus, and Egypt aired their disagreement with the deal that does not take into account the Greek island of Crete.

A source within the Turkish foreign ministry told Anadolu news agency earlier in the week that the Greek islands and the western part of Cyprus should not be given a continental shelf /EEZs but only territorial waters.

The source said that in such cases, it is the equitable principle that must be applied and not the principle of equidistance based on which the Republic of Cyprus has made agreements on the delimitation of its maritime jurisdiction with Egypt, Lebanon, and Israel.