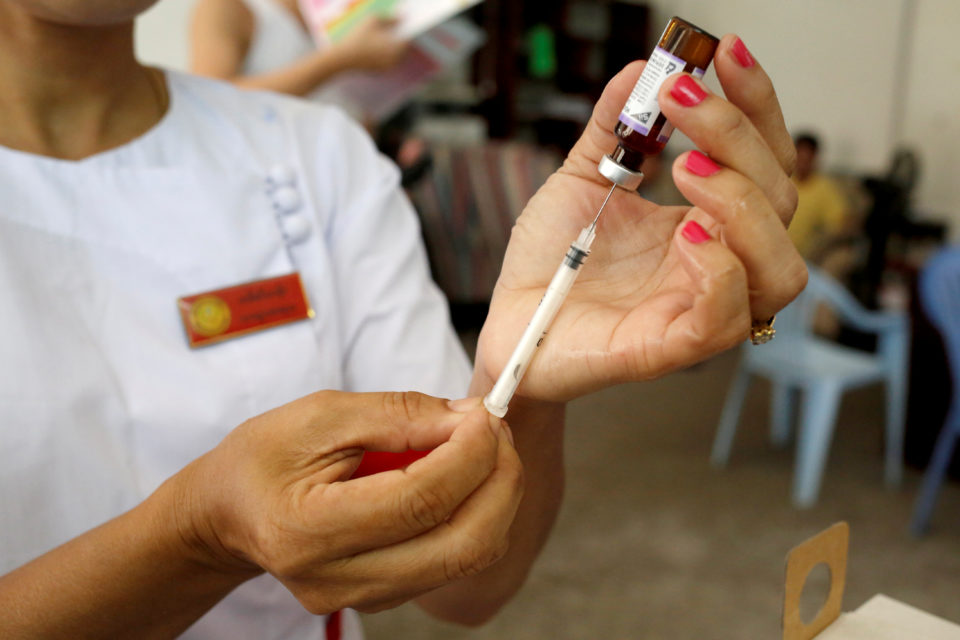 A nurse prepares a measles-rubella vaccine in Yangon, Myanmar

Measles infected nearly 10 million people in 2018 and killed 140,000, mostly children, as devastating outbreaks of the viral disease hit every region of the world, the World Health Organisation said on Thursday.

In figures described by its director general as “an outrage”, the WHO said most of last year’s measles deaths were in children under five years old who had not been vaccinated.

“The fact that any child dies from a vaccine-preventable disease like measles is frankly an outrage and a collective failure to protect the world’s most vulnerable children,” said the WHO’s director general Tedros Adhanom Ghebreysus.

The picture for 2019 is even worse, the WHO said, with provisional data up to November showing a three-fold increase compared with the same period in 2018.

The United States has already reported its highest number of measles cases in 25 years in 2019, while four countries in Europe – Albania, the Czech Republic, Greece and Britain – lost their WHO “measles-free” status in 2018 after suffering large outbreaks.

An ongoing outbreak of measles in South Pacific nation of Samoa has infected more than 4,200 people and killed more than 60, mostly babies and children, in a battle complicated by a vocal anti-vaccination movement.

Globally, measles vaccination rates have stagnated for almost a decade, the WHO said. It and the UNICEF children’s fund say that in 2018, around 86 per cent of children got a first dose of measles vaccine through their country’s routine vaccination services, and fewer than 70 per cent got the second dose recommended to fully protect them from measles infection.

Measles is one of the most contagious known diseases – more so than Ebola, tuberculosis or flu. It can linger in the air or on surfaces for several hours after an infected person has been and gone – putting anyone not vaccinated at risk.

In some wealthier nations, vaccination rates have been hit by some parents shunning them for what they say are religious or philosophical reasons. Mistrust of authority and debunked myths about links to autism also weaken vaccine confidence and lead some parents to delay protecting their children.

Research published in October showed that measles infection not only carries a risk of death or severe complications including pneumonia, brain damage, blindness and deafness, but can also damage the victim’s immune memory for months or years – leaving those who survive measles vulnerable to other dangerous diseases such as flu or severe diarrhoea.

In 2018, measles hit hardest in Liberia, Democratic Republic of Congo, Madagascar, Somalia and Ukraine, the WHO said, with these five nations accounting for nearly half of global cases.

Robert Linkins, a specialist at the US Centres for Disease Control and Prevention, said the data were worrying: “Without improving measles vaccine coverage we’re going to continue to see these needless deaths. We must turn this trend around.”

More than two dozen arrested for working illegally in Cyprus

‘Private players being shut out of gas market’