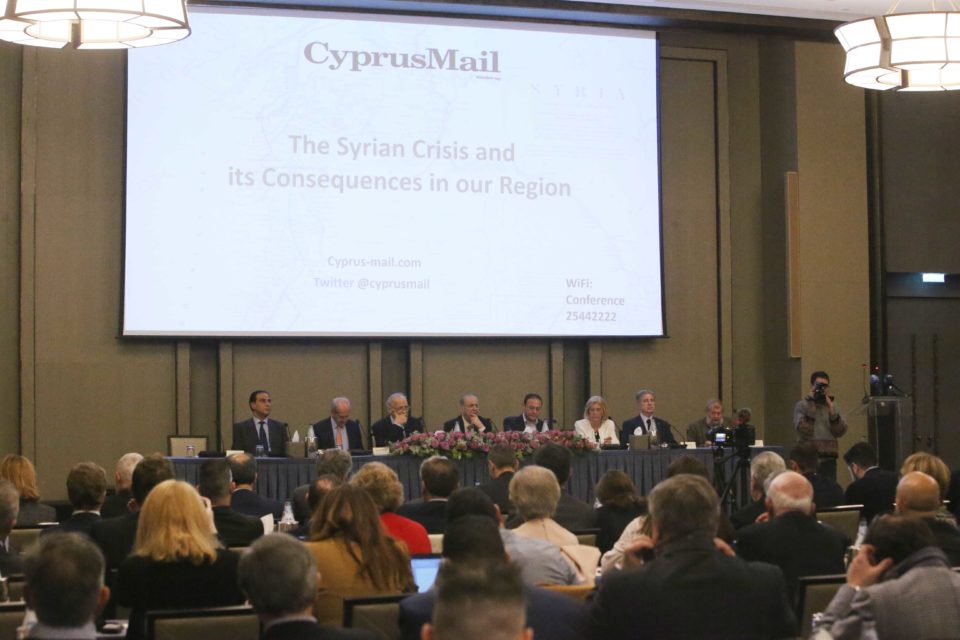 The Cyprus Mail on Friday launched the start of its 75th anniversary celebrations with a symposium in Limassol on the Syrian crisis and its consequences in the region.

A group of speakers from different countries and backgrounds participated in the symposium presenting their different perspectives on war-related issues and the future of Syria.

Speakers at the event, chaired by former foreign minister Ioannis Kasoulides, included Amine Gemayel, a former president of Lebanon from 1982 to 1988; geopolitician Somar Al-Assad who referred to the necessity of Syrian reconstruction, Professor of international relations law, Elie Hatem, a former advisor of the late Boutros Boutros-Ghali, and  Russian political scientist Konstantin Truevstev. 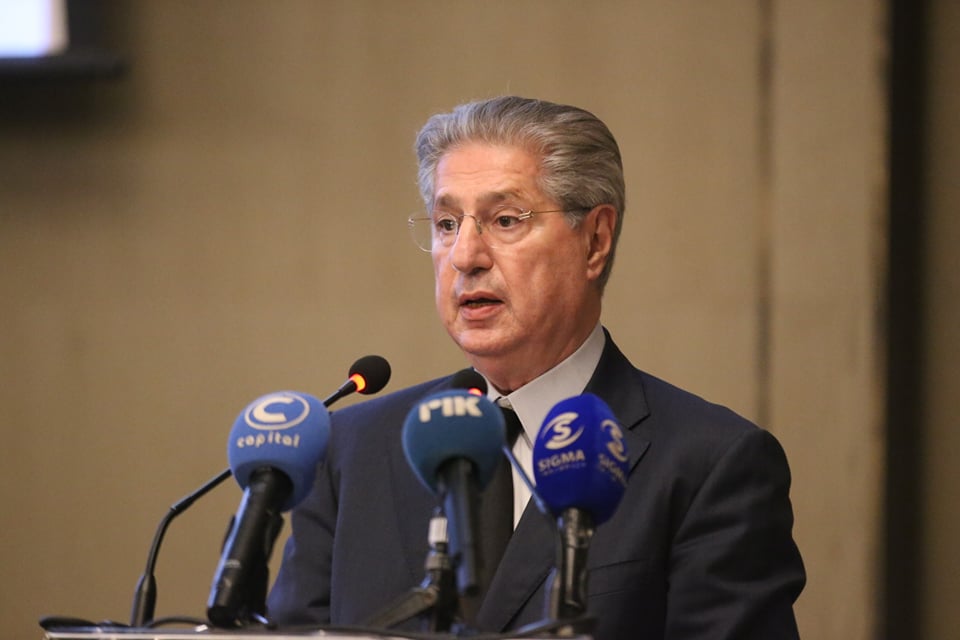 Other guests included the former political advisor of French president François Mitterrand, Jean-Christophe Mitterrand who was speaking about the role of France in the peace process and Roelf Meyer, director in transformation initiative and former minister of constitutional affairs in South Africa who spoke about successful transitions in conflict situations.

Meyer drew parallels between resolving the legacy of apartheid and the Cyprus issue. “We were further away from each other than the Greeks and Turks on this island,” he said.

He referred to four points that were necessary in resolving conflicts; selflessness, putting aside egos, modesty and empathy, and generosity. Political will, he added was fundamental. “The key to our solution was the fact that we dialogued about what the best outcome would be.”

This was done with no preconditions. “We had to find middle ground and we did”. 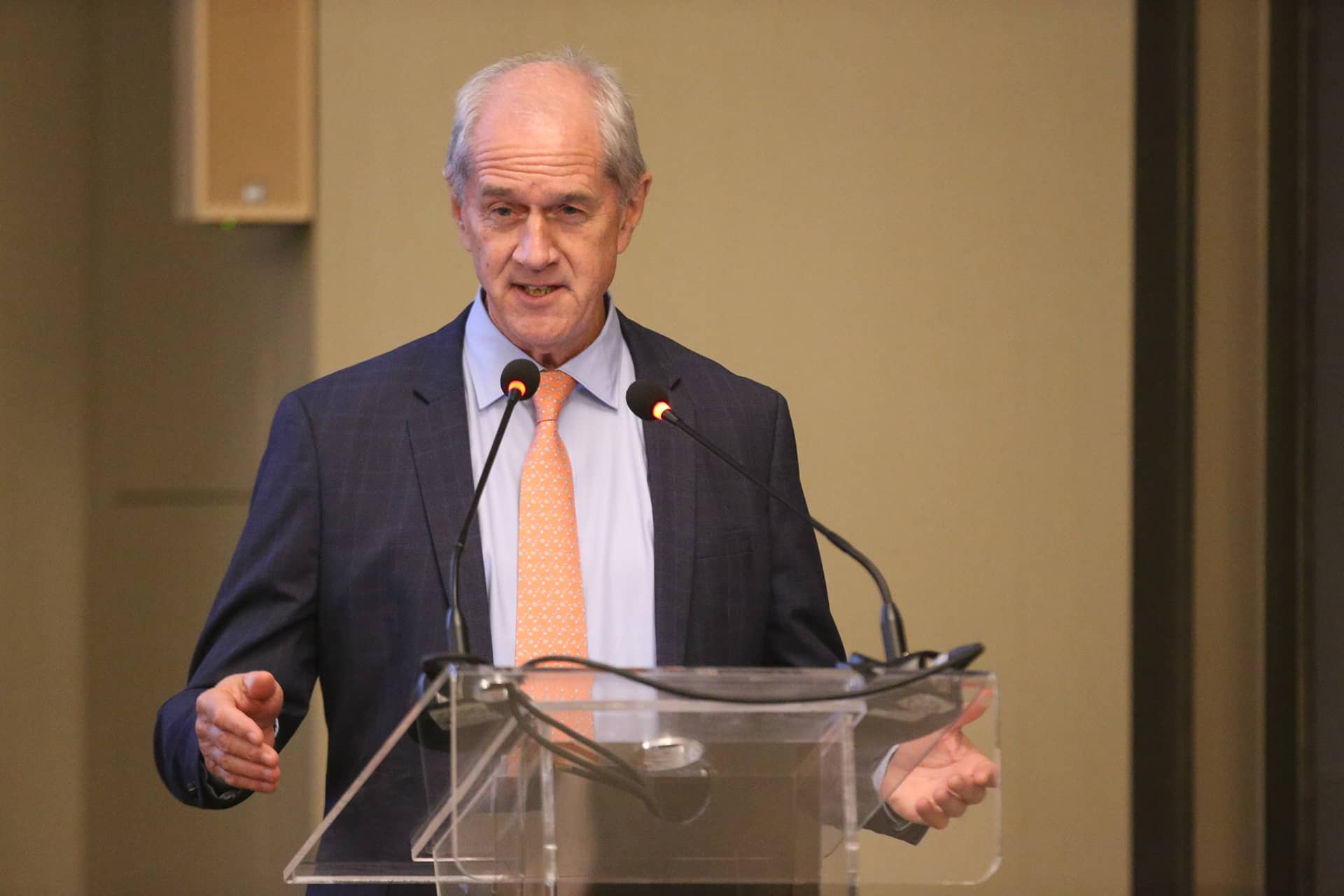 Kasoulides said the conflict in neighbouring Syria began in the spirit of the Arab Spring almost seven years ago and is still going on after it drew in parties and organisations from other countries such as Hezbollah, Iran’s Revolutionary Guards and in turn Israel, which is trying to fend off Iran from its border, Turkey, Russia, and the USA.

The former foreign minister said Cyprus was as much Middle Eastern as it was European and was in a position to understand its neighbours while not being party to any of the conflicts or rivalries in the region.

Cyprus was too small to play the role of the mediator, but it tried to be vocal when regional issues came up in the EU, he said.

According to Kasoulides, Cyprus tried convincing its EU partners about the role they were expected to play in the region.

The veteran diplomat conceded the EU was wrong to set conditions as to who should lead Syria, a choice that should have been left to the Syrians.

As far as Hatem is concerned, “the Arab Spring is in fact an endless winter.”

He lamented the role of the big powers in causing conflict throughout history, be it Cyprus, Lebanon, Afghanistan, or Eastern Europe.

In the case of Syria, Hatem said Europe’s strategy had been wrong whereas Russia detected the danger and sought to stabilise the area.

“The main aim of the Russian … intervention was to help Syria to restabilise and to protect the state apparatus to avoid contagion,” he said.

Of Turkey’s role in Syria, Hatem said it was disastrous since the neighbouring country backed the terrorist organisations of Isis and Al-Nusra.

Truevstev said the Syrian conflict was “probably the most complicated regional conflict in history in general” because of the many dimensions that were present.

He suggested the conflict was nearing an end after the issue in the northeast was close to being resolved.

Truevstev warned however, that trouble may be brewing in the east Mediterranean over hydrocarbons, an issue that had to be resolved immediately instead of waiting for the situation to come to a head.

Al-Assad noted that the Syrian crisis affected the entire region and beyond.

“The stability of the world depends on stability in the region,” he said.

He said fanaticism had ruined the country, which was once the symbol of culture. But Syria was not the only country in the region in need of reconstruction.

“We must think of rebuilding the entire area,” he said, turning it into a crossroad of culture and not conflict.

“This region is the birthplace of culture and it is important to rebuild it.”