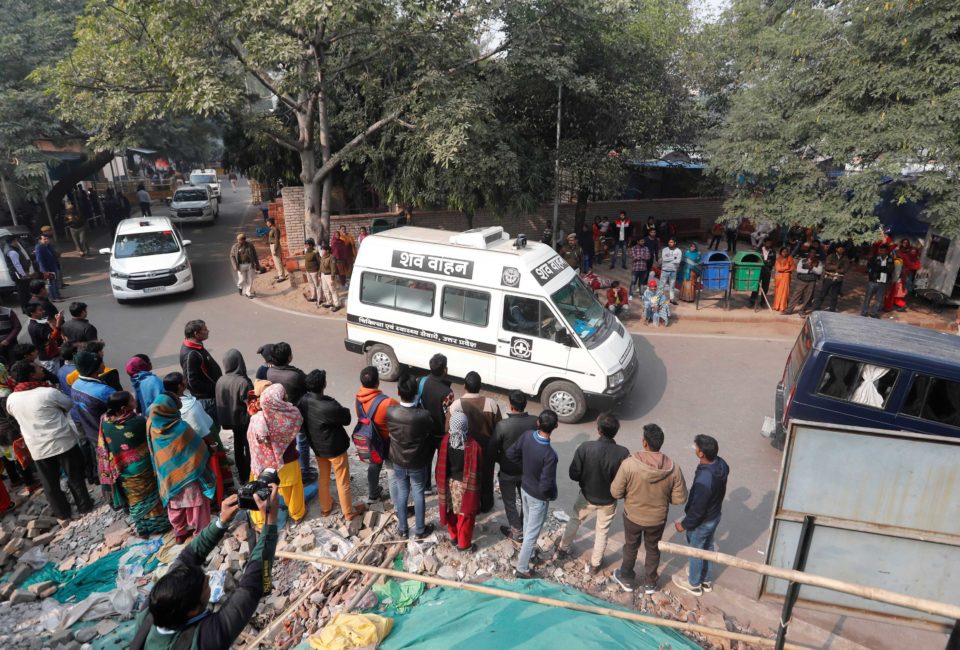 A 23-year-old rape victim set on fire by a gang of men, which included her alleged rapist, has died in a New Delhi hospital, the doctor treating her said on Saturday.

The woman was on her way to board a train in Unnao district of northern Uttar Pradesh state to attend a court hearing over her rape when she was doused with kerosene and set on fire on Thursday, according to police.

She was airlifted to Delhi for treatment later that day.

The attack, the second major case of violence against women in the past two weeks, has sparked public outrage in India.

“She was having 95% percent burns,” he said, adding the woman’s wind pipe was burnt and “toxic and hot fumes” had filled her lungs.

The woman had filed a complaint with Unnao police in March alleging that she had been raped at gun-point on December 12, 2018, police documents showed.

On Thursday, the rape victim was seized by five men, beaten, stabbed and set on fire, local media reported citing her statement to police.

Still ablaze, she walked nearly a kilometre, seeking help before finally calling the police herself, according to Aaj Taj TV news channel.

The victim’s father alleged that their family was harassed and threatened by the family of the accused.

“They should be either hanged or shot dead,” he told India Today news channel.

Uttar Pradesh is India’s most populous state and has become notorious for its poor record regarding crimes against women, with more than 4,200 cases of rape reported there in 2017 – the highest in the country.

On Friday, Indian police shot dead four men who were suspected of raping and killing a 27-year-old veterinarian near Hyderabad city, drawing applause from across the country angry over violence against women.

But many were also concerned that police had over reached in shooting the alleged suspects without any trial.

“What will it take (to end rapes)? Not the encounter of just the poor men who rape but swift arrest and certain punishment of all rapists, however powerful or closely related to the victim,” said Karuna Nundy, a lawyer practising at India’s Supreme Court who was instrumental in shaping the country’s anti-rape laws in 2013.

“And that takes real change, it’s not as easy as passing a legal amendment to increase sentencing.”

I will die trying to defend my title against Joshua, says Ruiz Jr