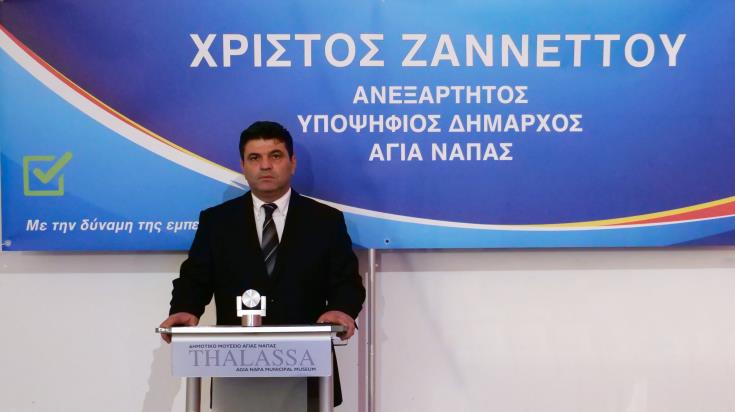 Ayia Napa deputy mayor Christos Zannetos announced on Saturday he was running as an independent candidate in the coastal resort’s mayoral elections.

The municipality will soon have elections for a new mayor after the incumbent, Yiannis Karousos, left his post to assume duties this week as the new transport minister.

Zannetos, who is now also acting mayor until the elections, said that, if elected, he would strive for Ayia Napa to preserve its brand name to continue to be one of Europe’s most famous and renowned tourist resorts.

“My vision is for Ayia Napa to reach even higher, steadily, dynamically, collectively,” Zannetos said during the announcement of his candidacy.

He also pledged to continue to work for Ayia Napa’s progress and wellbeing.

The elections for a new mayor are expected to take place at the beginning of January.