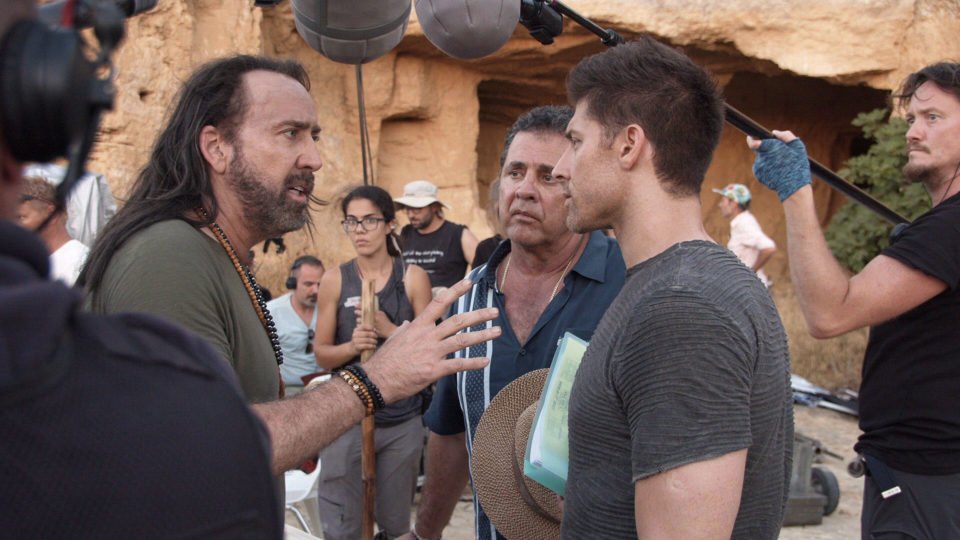 Jiu Jitsu, the first international movie shot in Cyprus and which starred Nicolas Cage will premiere next February, while the production of a new film will begin in January, it emerged on Friday.

According to the chairman of Invest Cyprus Michalis Michael, foreign producers have expressed interest in taking advantage of the incentive scheme for another four to five films.

Speaking to Politis radio, Michael said that Jiu Jitsu’s premiere will be in February and screened in cinemas in March. The film, he said, shot exclusively in Cyprus will be distributed to 40 countries.

The announcement comes after statements by main opposition Akel and the Greens on Thursday they would not approve the release of around €8m the production companies are now claiming from the state as part of incentives offered to shoot the film in Cyprus.

Akel said after a meeting of the House finance committee that they first needed to make sure releasing that money would not constitute a waste of public funds.

“We have serious doubts about the social return from this film for the benefit of Cyprus and highlighting the Republic of Cyprus as a destination for tourism or other investments,” Akel MP Aristos Damianou said on Thursday.

Ruling Disy and Diko were expected to approve the budget.

Michael told Politis on Friday that the state budget for Jiu Jitsu was around €7m, which is 35 per cent of the overall expenditure for the filming in Cyprus. He said that the government has earmarked in total €25m for the films it might fund as part of the scheme for the promotion of the film industry. The scheme provides Cypriot and foreign producers with incentives, cash rebates and/or tax credits of up to 35 per cent on qualifying production expenditures and also predicts tax allowances of 20 per cent for investment in infrastructure and equipment.

Michael said that since August when filming wrapped up, and the budget was submitted to parliament there has been no progress.

He also said that the crew members have not been paid yet as the producers are still waiting to get that money.

On reactions by parties on the amount of money to be paid for the film’s production, Michael wondered how much it would cost to promote Cyprus in such a way abroad.

Michael also spoke about interest from Bollywood, saying meetings had been held, expressing the hope that the Indian movie industry would make a movie in Cyprus soon.

He also revealed that Cyprus has been asked if it was interested in hosting one of the events organised by Bollywood, noting that that industry spends more money than Hollywood on such productions.

Invest Cyprus in cooperation with the Cyprus Tourism Organisation, and the government’s press and information office organised the first-ever film summit last year in which over 120 delegates participated including producers and directors from Hollywood, Pinewood and Bollywood.

During the summit, the island promoted itself internationally to investors, dubbing the incentive plan ‘Olivewood’.

Our View: Endless objections to tenders a farce

City and United head into derby with renewed confidence