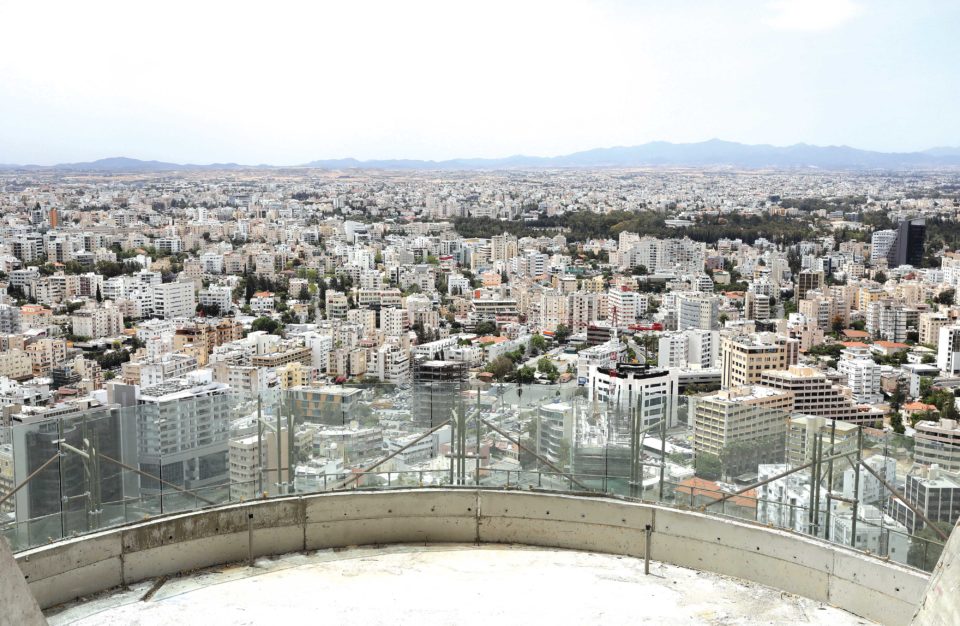 In terms of exhibiting relatively rapid growth of real GDP and in substantially reducing the unemployment rate, the Cyprus economy has recovered well from the financial crisis of 2012/13. But economic growth has not been broad based, and many citizens have not experienced increases in their living standards.

Although most of the younger generation have found employment, they have been unable to secure decent well-paying jobs commensurate with their skills and education. Furthermore, the construction boom, while boosting economic growth and benefiting only a very small section of the population is having serious adverse side effects in destroying the environment and pricing people, especially the young, out of affordable housing accommodation.

While a new model is needed to underpin the broad-based economic growth premised partly on the promotion of a greener and more digitised economy employing the skills of younger people to advance the economy’s productivity, the following is confined to arguing that better government budgetary policies are vitally important in improving the performance of the economy so that most citizens can benefit from higher living standards. Indeed, the design and implementation of government budgets should be directed toward supporting the bulk of households and businesses through providing adequate infrastructure, healthcare, education, security and environmental and social protection, rather than biasing expenditures and taxation incentives and evasion toward helping limited sections of the population such as the property developers.

Despite surpluses government debt has risen to over 100% of GDP

How are the over-borrowed and other government funds being used?

A key question is whether the government is using the funds derived from its considerable tapping of international financial markets productively or is just piling up cash to finance future current expenditures such as outlays for future election campaigns. Is the government using the funds obtained from taxpayers and net borrowing productively to support economic growth through investments in building physical infrastructure, in advancing technology, and in enhancing human capital? In this respect the governments under President Anastasiades have increasingly disbursed smaller amounts on so-called development expenditures. Annual government expenditure on public works and buildings has fallen from 269 million euros or 3.3 per cent of total expenditures in 2012 to 169 million euros or a mere 1.8 per cent of total budgetary outlays in 2018 and given the slow pace of implementation in the first nine months of 2019, are likely to remain at a low level this year. The only components of government capital expenditures showing a distinct increase in recent years have been joint projects with the private sector funded partly by the European Union. And even with the implementation of these joint projects, such as for waste management, progress has been very disappointing. It is noted that in the budget for 2018, 203.8 million euros was allocated for such joint projects, yet only 87.0 million euros was actually disbursed.

Cyprus spends only around 0.6 per cent of GDP on Research and Development (R&D) compared with an average of 2.1 per cent in Europe. And the government continues to allocate less than 0.5 per cent of its budget directly and indirectly via universities and research institutes for R&D. On investment in human capital Cyprus spends more on education than most other European countries, yet the output return on such expenditures is quite low according to institutions such as the European Commission. Furthermore, recent budgets do not indicate any significant improvements aimed at improving the quality of education expenditures, with increasing amounts being directed to administration expenses and salaries.

While budgetary allocations for development expenditure appear to assign some importance to growth-enhancing measures, as is the case for the medium-term budgets for 2020 to 2022, it can be concluded that in the actual implementation of fiscal policies there is little priority being given to promoting economic development through action to raise productivity.

While political factors such as the need to appease the civil servants union and short-termism have been important in determining the composition of government expenditure, it is the narrowly based and relatively regressive tax system of Cyprus together with prolific tax evasion that has to a significant degree prevented the achievement of broad-based or equitable economic growth. The Nobel-Prize winning economist, Joseph Stiglitz, argues that for an advanced economy to perform well it is necessary to have high taxes. This is because a prosperous country such as Sweden requires a high level of public expenditures on infrastructure, education, technology and social protection, and that the government needs revenues to sustainably finance these expenditures.

In Cyprus the 2020 budget has revenue from taxes and social contributions amounting to 31.1 per cent of projected GDP whereas the corresponding ratio for Sweden and the average for the European Union was 44.4 per cent and 40.3 per cent, respectively, in 2018. International comparisons show that the major shortfall in tax revenues for Cyprus is due to its relatively low collections from taxes on individual or household income and wealth. An insufficiently progressive income tax system and the striking absence of a substantial tax on property together with large tax evasion by wealthy professionals and trades people account for low income tax collections amounting to just 3.2 per cent of GDP in Cyprus compared with 15.1 per cent and 9.5 per cent in Sweden and the EU, respectively, in 2018. The top marginal personal income tax rate in Cyprus is 35 per cent which compares with an average in other EU countries of over 45 per cent. And the untaxed (shadow) economy of Cyprus is estimated at around 26 per cent of formal GDP, similar to Greece, but much higher than other EU countries. Indeed, reflecting widespread tax evasion by the self-employed  including many wealthy professionals, these employees paid income taxes of just 32.7 million euros or only around an average of around 675 euros per person in 2018, whereas 827.9 million euros was collected in income tax from public and private sector employees averaging around 2,200 euros per person.

In view of the above, it is recommended that the following changes be made to fiscal policy:

However, to increase government expenditures substantially so as to raise funding for growth-enhancing outlays and social protection and to reduce income and wealth inequalities there is a need for a large increase in government revenues. These should be collected from a much better-administered and fairer tax system. Such tax objectives should be accomplished by:

A simple solution to LNG bind