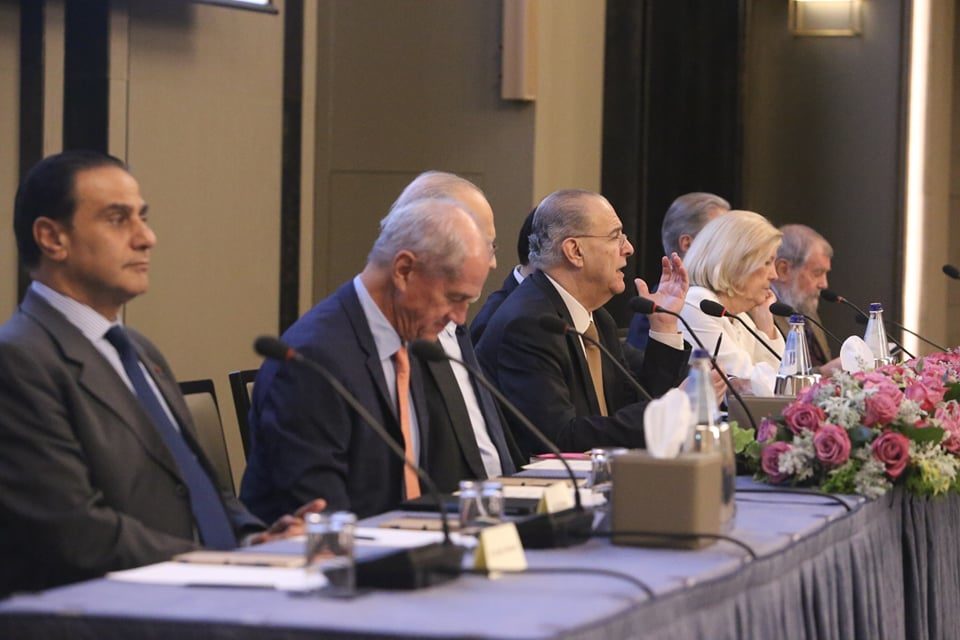 Speakers at a symposium organised by the Cyprus Mail on Friday offered different points of view on the conflict in Syria, their analysis of its causes colouring their reading of where the solution lies

Recent events on the ground, particularly over the past few months, are themselves resolving the situation

Speakers at a symposium organised by the Cyprus Mail on Friday offered different points of view on the conflict in Syria, their analysis of its causes colouring their reading of where the solution lies.

Truevstev described the Syrian conflict as likely the most complex of our time.

But recent events on the ground, particularly over the past few months, are themselves resolving the situation.

“The Syrian conflict is coming to an end. Why? Because the most complicated issue, the northeast of Syria, is close to being solved,” he noted, alluding to the deal hammered out between Turkey and the United States for the former to establish a ‘safe zone’ driving out Kurdish militias.

“For the Syrian government, it’s not a bad deal, because it has the chance to control its border area extending up to Iraq.”

By comparison, the analyst said, the other complexities in the warlike in Idlib province – are marginal.

According to Truevstev, Syrian government forces and their Russian allies will not mount a direct offensive until they have first taken Jisr ash-Shugur, a jihadist stronghold in the Idlib governorate and a strategic location due to its altitude.

“This will take time,” the analyst said.

On the diplomatic front, matters are likewise moving forward.

“The Astana process is easier. The three parties [Turkey, Russia, Iran] all have an interest in resolving the conflict.”

Truevstev said that internally, the most important trend for resolving the conflict lies not in the constitutional reforms mooted by Bashar al Assad, but rather in implementing Law 107 which focuses on local governance.

But according to Assad’s own interpretation, as in a speech he gave in February this year, the law transfers administrative and bureaucratic powers to local councils, yet stops short of providing them with political rights.

The analyst said that whereas Iranian presence and influence in Syria has grown since the conflict broke out, the “problem of Iran in the region is being exaggerated.”

For his part, Kasoulides said the conflict began in the spirit of the Arab Spring, but quickly devolved into a morass, drawing in parties and entities from elsewhere, such as Hezbollah, Iran’s Revolutionary Guards and in turn Israel – which is trying to fend off Iran from its border – Turkey, Russia, and the United States.

Amine Gemayel, president of Lebanon from 1982 to 1988 and a prominent anti-Damascus figure, said the crisis in Syria showcases the “instrumentalisation of religion” where political Islam is unleashed on nations.

Bucking the trend, Hatem – a lawyer and former advisor to the late former UN Secretary-General Boutros Boutros-Ghali – zeroed in on the deeper causes of the Syrian war.

Whereas agreeing that political Islam was let loose on Syria, it did not emerge in a vacuum.

Although the trouble in Syria began with civilian demonstrations, it was hijacked by ISIS, al Nusra and the Muslim Brotherhood, leveraging religion for political purposes.

“The Americans were helping the creation of this political Islam…it was a political project.”

Israel, too, lent assistance to the jihadists.

Hatem recalled that in statements made on December 14, 2014, then UN Secretary-General Ban Ki-moon urged Israel to stop supporting al Nusra.

The lawyer’s remarks tally with information in the public domain showing that the US government was fully aware, at least from 2012 if not earlier, that the insurgency in Syria was driven by Salafist groups backed by foreign powers.

A declassified US Defense Intelligence Agency document (http://www.judicialwatch.org/wp-content/uploads/2015/05/Pg.-291-Pgs.-287-293-JW-v-DOD-and-State-14-812-DOD-Release-2015-04-10-final-version11.pdf) reveals that in coordination with the Gulf states and Turkey, the West intentionally sponsored violent Islamist groups to destabilize Assad and that these “supporting powers” desired the emergence of a “Salafist Principality” in Syria to “isolate the Syrian regime.”

“Unfortunately,” Hatem went on, “Europe and European leaders did not know who is behind the terrorists in Syria. They could only see the tip of the iceberg.”

On Russia’s role in the Syrian conflict, Hatem said Moscow became involved once it realised the danger of Islamic fundamentalism spilling into the broader region, such as in Chechnya.

“The main aim of the Russian military intervention [at the request of the Syrian government] was to help Syria restabilise and to protect the state apparatus in order to prevent this contagion spreading to regional countries.

The Donald and I