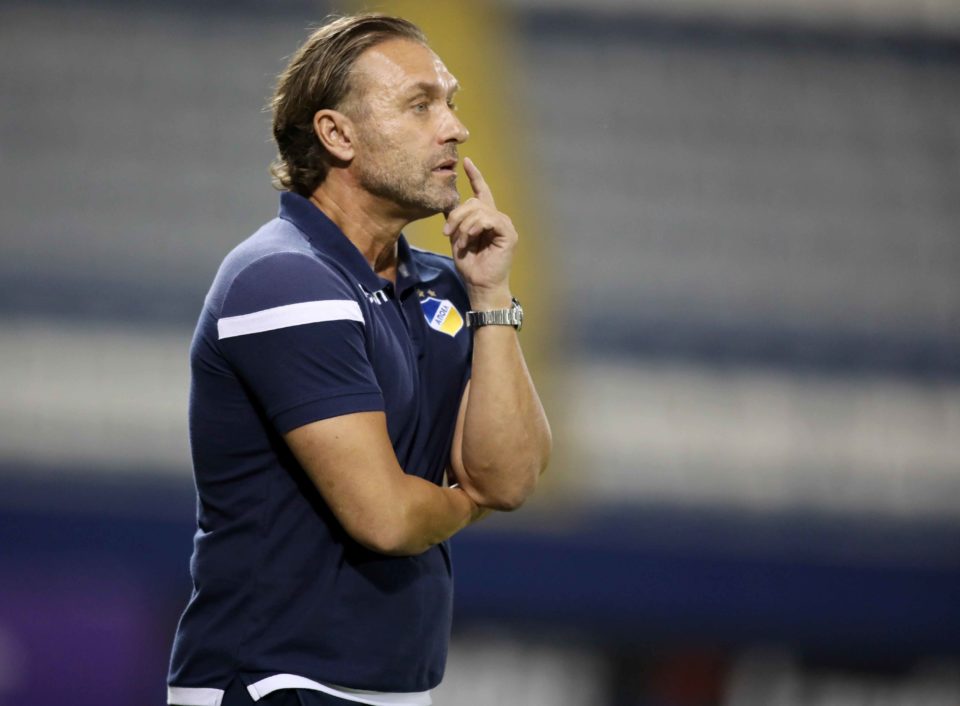 German coach Thomas Doll was only appointed by Apoel in August

The first game of the second round of the Cyprus football championship proved costly for Thomas Doll and Imanol Idiakez of Apoel and AEK respectively as they were fired by their clubs on Monday.

German Doll was appointed by Apoel last August, replacing Italian Paolo Tramezzani, with the Cyprus champions on the brink of elimination from their Champions League qualifying campaign.

In his first game in charge Doll managed to overturn a 2-1 deficit to Qarabag, winning 2-0 in Azerbaijan to reach the final qualifying round of the competition.

They were knocked out by Ajax Amsterdam but not before giving the Dutch masters a fright or two, especially in the first leg.

From there on, and despite qualifying for the group stages of the Europa League, Apoel’s performances took a nosedive.
In their first game of the domestic championship they needed two goals in added time to take the three points at Paralimni while in their first game in the Europa League group stages they lost to the weakest team of the group, Dudelnange from Luxembourg in Nicosia.

As the season progressed Apoel managed to scrape through in most game in less than convincing fashion while they were also lucky to snatch four points from their two European games against Qarabag that proved vital in securing them qualification to the knockout stages of the Europa League.

Such was the frustration of home fans that in their home fixture against Qarabag, players and coaching staff were booed off the pitch with Apoel trailing 1-0 after an abysmal first-half display.

With the Nicosia giants not showing any kind of improvement on the field it was apparent that Doll was living on borrowed time. Draws against AEK, Omonia and Apollon in quick succession brought even more groans from Apoel’s demanding fans until Saturday’s 2-0 loss to lowly Olympiakos.

Until a replacement is found, former Apoel player, and ex-Doxa Katokopias coach Loukas Hadjiloucas will take charge of the team with his first opponents being the mighty Sevilla on Thursday in the last round of the Europa League group stages.

A number of names have been mooted as possible Doll replacements with unconfirmed press reports suggesting that Austrian Damir Canadi was top of the list.

While Apoel have a ‘habit’ of changing coaches during the season (sometimes more than two) this is not something that we have come to expect from AEK Larnaca.

However after just one win in the last seven games the club’s top brass decided that a change of manager was in the best interest of the team.
Imanol Idiakez, who was in his second stint in Larnaca, was somehow unable to bring out the best from his players as he did between 2016-2018.

To be fair though Idiakez inherited an ageing squad, and despite some new additions during the summer the backbone of his team were players well in their 30’s.

This coupled with a long list of injuries never really allowed the Spaniard to field a settled side for more than a couple of games.

Anders Murillo, who was with the club for nine years, eight as a player and one as a technical director was also shown the door with former AEK player Elias Charalambous taking over as interim manager.