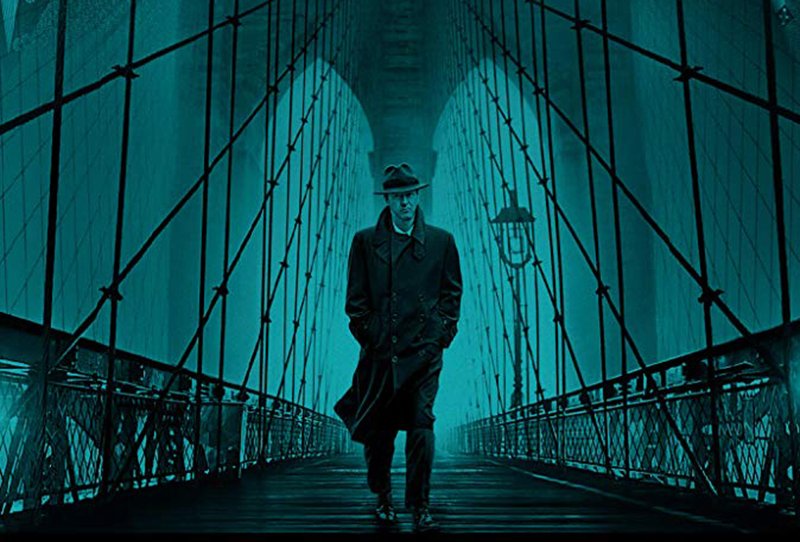 Poor motherless Brooklyn, alone in the world and alone with his demons – a voice in his head that calls him ‘Bailey’, and derails conversation with often-salacious outbursts (“French kissy cats!” “Tits on a Tuesday!”). He’s not possessed, he just has a condition – obviously Tourette’s though it wouldn’t have been diagnosed in the 1950s, when this entertainingly old-fashioned crime drama is set.

Edward Norton is Lionel, our stricken savant, another in his repertoire of split-personality heroes – including the kid in Primal Fear, Norton’s breakout role back in 1996 – though in this case the schizophrenia is right out in the open, Lionel’s id on embarrassing display. You might say he has poor impulse control, then again a lot of people in this movie have poor impulse control. They tend to be gangsters, even when they’re not officially gangsters – like Moses Randolph (Alec Baldwin), for instance, a city planner (none-too-subtly based on Robert Moses, New York’s famous ‘master builder’) whose vision of the city includes tearing down so-called slums, actually neighbourhoods inhabited mostly by African-American families.

Motherless Brooklyn (the title comes from Lionel’s nickname at the orphanage where he grew up) is a rarity these days: a non-franchise drama with no obvious hook, made on a reasonably big budget ($26 million) and running a hefty 144 minutes. Jonathan Lethem’s original book was admittedly a bestseller, but that was 20 years ago; the film’s real reason for existing seems to be as a vanity project, Norton (who also directed) using his clout to play this extremely juicy role. Lionel’s a human rollercoaster, a part any actor would relish; just the technical feat is impressive, the energy required to keep breaking off in mid-sentence to utter some gibberish or obscenity, then resuming as if nothing had happened. The first few times it looks fake, actually, whether because Norton took a while to perfect the tic (assuming the film was shot in sequence) or because we’re not used to it; slowly it grows more natural, the darkly-funny violence of the spasms and the way random words set him off. “He’s going to Queens… Queenie Coney! Queenie Coney!”

Lionel is also a detective, a private eye – and in fact that’s another reason why the Tourette’s becomes less noticeable, because it starts to fade into the background as our hero goes investigating, posing as a New York Times reporter (he nicks a card from the real reporter, this being a time when journos had business cards tucked into the brims of their hats) and tracking a mystery from revelation to revelation. The final revelation is sexual (shades of Chinatown, another neo-noir with an interest in town planning), which makes sense since Lionel’s condition is also implicitly a sexual frustration; one scene finds him trying to make chit-chat with Laura (Gugu Mbatha-Raw) while his id – much to his dismay – keeps urging ‘Bailey’ to “kiss her face all night long”. Fortunately, Laura finds it all very amusing.

It is quite amusing, even if the film doesn’t go anywhere too powerful. The dialogue is snappy, the various mugs and thugs have an amusingly Noo Yawk way of speaking (“This is f**kin’ Chinese, Frank!”). Norton the director has some visual ideas, having no doubt thought about this movie since acquiring the rights in 1999 (one man’s vanity project is another’s labour of love): a confrontation between Randolph and a mystery man played by Willem Dafoe takes place outside a restaurant at night – and veteran DP Dick Pope lights the entranceway under the awning so it looks like a spot-lit stage, giving the scene an air of the theatrical. Norton the actor, meanwhile, grows increasingly hard-boiled, handing his coat to a henchman – “Get that for me, will you sweetheart?” – like Bogie with Elisha Cook Jr.

Motherless Brooklyn seems a bit out of place in today’s movie landscape. Its 40s-noir ambience isn’t exactly multiplex-friendly, its mystery plot unfolds in old-fashioned linear style, even its treatment of a hero with disabilities isn’t entirely PC (Lionel’s friends call him ‘Freakshow’, and he doesn’t necessarily object). At least there’s the race card, our hero allying himself with the city’s black community – and, in the new bebop music (Laura’s dad owns a jazz club), finding a restless, always-boiling-over rhythm that suits, and soothes, his own tics. You might say he’s a harbinger of the future (though in fact it’s the megalomaniac Randolph who claims to be the future), our 21st-century tumult where everyone’s id seems to be on display 24/7. Or perhaps he’s just an actor showing off in an uncool movie. Poor motherless Brooklyn.

Inauguration of the first University Primary Care Centre in Cyprus