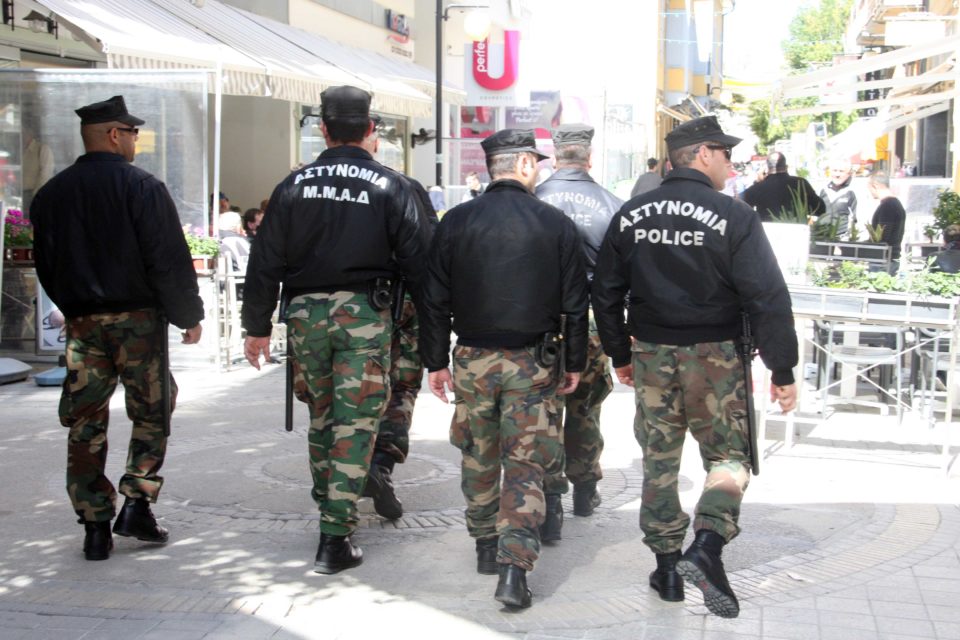 Armed police in convoys of patrol cars and motorcycles poured into the narrow streets of Nicosia’s old city over the weekend as onlookers registered surprise at the scale of the beefed-up security presence.

One Cypriot man in his mid-20s left his seat at a roadside bar to cautiously approach one of the police motorcycle riders. “Excuse me, what are so many of you doing here?” he asked politely.  “To stop foreigners (migrants) from killing each other,” was the reply.

Looking relieved, the young man returned to his friends saying: “It’s ok, it doesn’t look like they’re out to catch drink drivers.” He had just finished his third pint of lager.

While many opinions on social media have been critical of the new measures, businesses in the old city largely welcomed the increased police patrols on Monday, although many said it would be better if there were more visible patrols done on foot.

Others expressed outrage, with one person saying  on social media that “old #Nicosia becoming like a fascist state.”

“Just so we’re all on the same page, these patrols are the beginning of a racist, far-right populist movement by #Cyprus’ ruling Disy, much like the ones we’ve seen sweep the developed world,” said another person on social media.

Speaking to small business and shop owners in Ledra and Onasagorou Streets painted a different picture however.

“I fully support these measures, it should have happened a long time ago. I’m a taxpayer and my money goes to the police to keep the streets safe,” said the owner of a kiosk overlooking Eleftheria Square.

A shop owner in Regina Street, a former policeman from Romania, voiced his firm support for the idea behind the police patrols.

“Police have to give out two different feelings: one of protection and safety, and the other of fear,” he said.

“For the good people you will feel safe and know you’re protected, but if you’ve done something wrong you should feel terror,” he explained.

He thought the measures did not go far enough.

“But the problem is that they’re in cars. I see something wrong, how can I tell the police when they’re driving past? And the three seconds they drive past, what will they see? They have to be on foot,” he went on.

“Ultimately yes, it’s a trade-off. You’re giving up some freedom for security, but we need to do it,” he concluded.

Many of the shopkeepers expressed frustration at the large numbers of immigrants in recent years, saying that the character of the old town has changed.

But migrants were also among those who welcomed the police presence.

“If there is one thing I love about Cyprus it’s that there is peace and security,” a student from Cameroon, waiting for a bus at Solomou Square, said. “There’s no violence because you see police every five minutes, this gives security for the immigrants too.”

Nicosia has witnessed some high-profile incidents in the last few months. Most notable was the attempted murder case at an Engomi nightclub in November, where two Syrians were shot.

In October a man was stabbed in broad daylight at Solomou bus station at around 11:30am.

A woman in her 70s, whose house is adjacent to the buffer zone, said she welcomed the increased police presence. “It makes us more secure. The migrants are fine but there are a couple of local boys at the end of the road who cause trouble.”

Police have been reluctant to comment on the situation, instead referring back to the justice ministry’s announcement last week.

U.N. Security Council to meet over North Korea on Wednesday at U.S. request