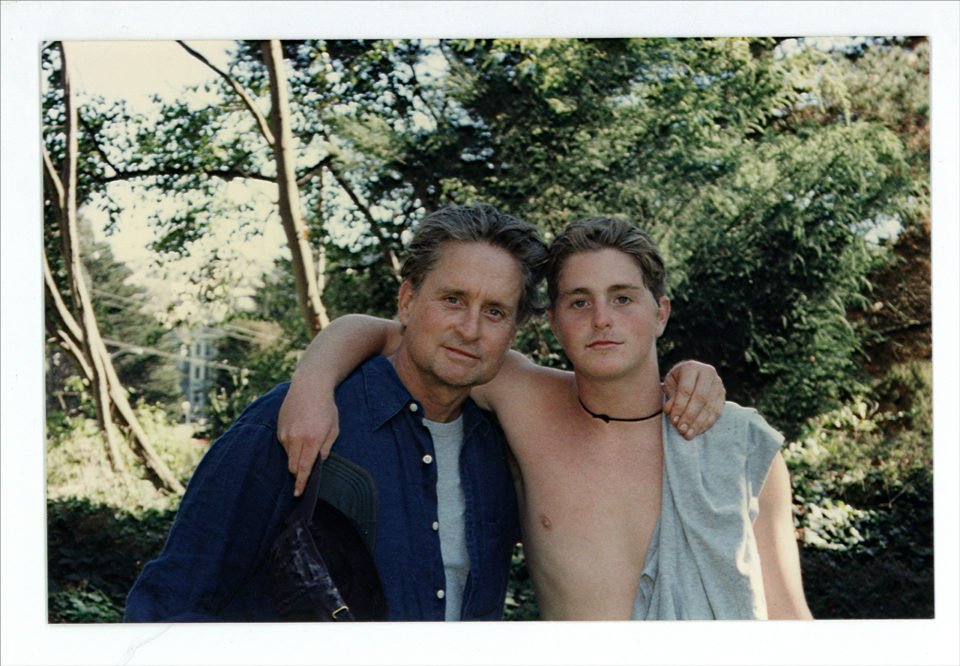 Drug addiction and crime almost ruined his life – but Cameron Douglas has turned things around, as Gabrielle Fagan discovers.

After years of anguish over his son Cameron’s drug-fuelled lifestyle, Hollywood star Michael Douglas felt he had no choice but to step back.

That was over a decade ago – and it’s one of many heart-rending moments revealed by Cameron Douglas in his brutally honest new memoir, Long Way Home, in which he lays bare his battles with cocaine and heroin.

The actor, now 40, says he started experimenting with drugs as a young teenager. He eventually ended up dealing, committing robberies and carrying a gun, and ultimately spending more than seven years in prison. With hindsight, his lifestyle became “a demented death wish”.

Softly-spoken and engaging, hearing Douglas today – he’s been drug-free since 2014 – it’s hard to believe he’s the same person. “When I look back, it feels like a different person and a different life. I lost so many years,” he says.

In a remarkable turnaround, he’s now training and working as an actor with a part in a new film, and happily settled with his partner, yoga teacher Viviane Thibes. The couple have a daughter, Lua, who’ll soon turn two.

But it’s been an extraordinary and, at times, harrowing path to redemption for a boy born into Tinseltown royalty – and its telling shines a light (not always a flattering one) on his famous family.

“I now have a fire and desire burning inside me to put a life together for myself and my family, to make up for all that lost time,” Douglas declares emphatically. “I hope eventually I will be able to thank my younger self for teaching me the lessons I need to learn to live a productive, meaningful life.”

As the son of Michael, 75, and grandson of Spartacus star Kirk, 102, he enjoyed a wealthy, privileged background – but nothing, it seemed, could prevent his spiral to self-destruction. From afar, it probably looked like he had a picture-perfect childhood growing up in luxury mansions. But emotionally, he claims in the book, it was far from it.

He writes that his father – who he “worshipped” – was frequently absent pursuing his film career, and he witnessed his parents’ marriage (Douglas’ mother was Diandra Luker, Michael’s first wife) slowly disintegrating over the years. They eventually divorced in 1995, and his father also spent time in rehab.

By age 17, Douglas had tried crystal meth, moved to liquid cocaine in his 20s – which “chewed my life to pieces” and destroyed his career as a budding actor and successful DJ – and finally became addicted to heroin.

At one point, he describes how his father even hired three men to drag him to rehab (he resisted and the plan failed).

It seems he struggled with the pressure of living up to his illustrious family surname. “It’s strange growing up seeing your father and grandfather as giants projected on screens and billboards,” he writes in the book. “How do you you live in Michael Douglas’ shadow?”

He admits he felt pride for his heritage, but says “at the same time”, there was “discomfort with having it define how other people see and assess me”.

Today, he is clear that “to blame my reckless behaviour on that [surname] is just nonsense”. Rather, he reasons that it was a “blessing filled with benefits and only a couple of drawbacks… It’s just a matter of how you play the hand you’re dealt.”

His father reportedly encouraged him to write the book, despite the fact it exposes the family’s private life to scrutiny.

“Both my mother and father felt I had a valuable story to tell… I think it’s a very selfless way of demonstrating their love for me by giving this their blessing,” says Douglas.

“The book was very hard to write, as I had to look back at many things which were extremely painful to recall. I hope it will tie it all up and I can move on with my life and [that the book will] maybe help others struggling with addiction themselves, or who have someone in their family suffering from it.”

He’s movingly awed by his family’s support throughout – his biggest fear was that his father would give up on him when he was sent to jail. In fact, his father wrote to him every week.

In the book’s dedication, Douglas writes that his parents “never faltered in their love or gave up on me in the face of a relentless tide of nightmares. I can only now begin to imagine how difficult it must have been for you.”

In prison, he gradually realised, at his lowest point in solitary confinement, that he had a choice. Either “never to take the long road home, or to make each day count to putting myself in the best position to achieve my goals on release. That purpose and hope was like a candle in the darkness,” he says.

Now back within the family fold, he’s rebuilding his fractured relationship with his father, undoubtedly battered by the years of trauma.

“We’re developing a solid friendship and enjoying spending time with each other, and I feel the trust has been restored for the most part. We’ve come a long way,” Douglas says with a proud smile.

His step-mother, Catherine Zeta-Jones, who married his father in 2000, was instrumental in helping reunite the pair. Douglas recalls how, after his release, his father was, perhaps understandably, wary and “standoffish”. But Zeta-Jones “was really pushing him to open back up. She was the big reason why my father began to open up and believe in me again”, Douglas reveals.

“Catherine and I have always got on extremely well. I love her very much and she’s been extremely supportive every step of the way, and been very inclusive with me and her kids and her family.”

He now lives in Los Angeles, minutes from his grandfather Kirk’s home, and is a constant visitor.

“It’s so good to see him regularly and to be there for family occasions. He has a lovely relationship with my daughter, which is wonderful. I so want her to grow up and be proud of me. My pride and love for my family is very uncomplicated these days, and that’s how it should be.”

He describes his life today as “very straightforward and simple. It really revolves around my family and close friends, which is what life’s all about, and building my career.

“In the past, I had so many opportunities handed to me because of my name, but now I have to dig in and really work for what I get. I’ve listened to my father, who told me once that having a successful career is about ‘90% hard work and 10% talent’.”

He meditates daily, practises Thai boxing, and visits a therapist once a week. “I can’t go back and change anything and it’s hard to avoid guilt and regret, because it’s a feeling that comes sometimes. But I’m learning to live with those regrets and to move on, to forgive myself and be kind to myself,” says Douglas.

“My grandfather once told me, ‘Give it your best shot and then leave it alone’, and that’s what I’m committed to – doing my best and giving life my best shot.”

Bomb explosion at the financing corporation