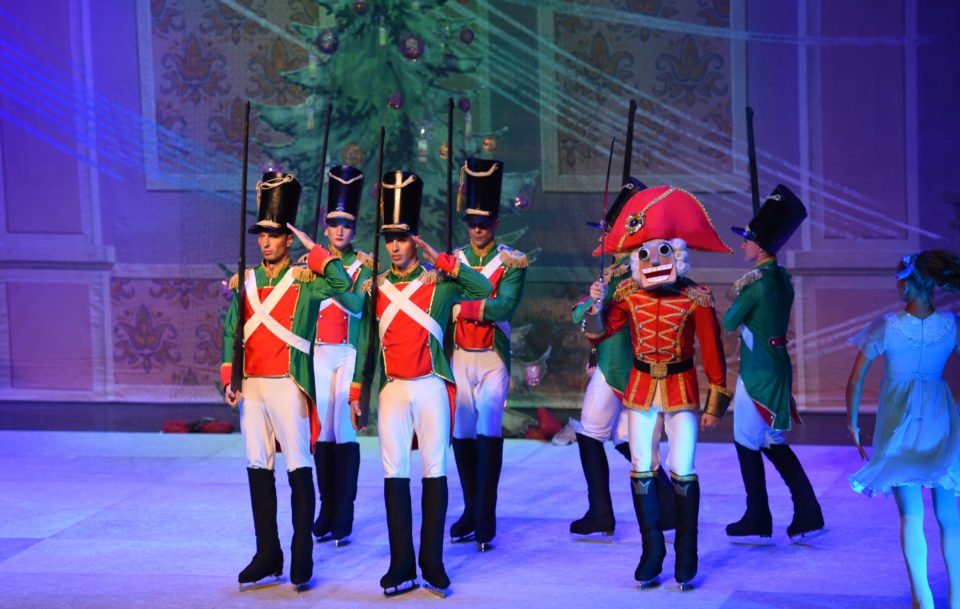 The word ‘nutcracker’ may seem self-explanatory, but there’s more to the meaning than you think. First off, yes, it is exactly what your granny used to open her walnuts. But it’s also a Christmas decoration, in the form of a wooden soldier complete with black hat and gold frogging. Originally, these stylised soldiers were in fact used to crack nuts, but now they’re generally immobile seasonal décor.

There is, however, a third meaning. The Nutcracker (note caps) is also a two-act ballet with a score by Pyotr Ilyich Tchaikovsky. The story was originally based on a novella entitled The Nutcracker and the Mouse King in which the protagonist’s favourite toy comes to life, defeats the evil Mouse King in battle, and whisks his owner off to a magical kingdom populated by dolls. And it’s this iteration which we’ll be enjoying over the next few weeks, right here in Cyprus.

Rather than the original ballet, our local performance of The Nutcracker takes place on ice with daring circus performers on skates (and sometimes unicycles). Brought to us by Atria Music and the Russian Circus on Ice – a group who are known all over Europe for their skating spectaculars, and boast a repertoire which includes on-ice performances of Alice in Wonderland, Snow White, and A Winter’s Tale – the performance promises a bit of everything. We’ve got a rollicking story, excellent music, and an abundance of accomplished actors zooming around on their blades.

But wait, there’s more! As well as the unusual unicycling component, the performance incorporates all sorts of circus elements: jolly jugglers, aerial acrobats, comical clowns and marvellous magicians. As well as, according to organisers, “a man who plays classical music both on empty bottles and on wood”! Whether or not our musician does this while on skates AND on his bike is anyone’s guess, but there’s certainly going to be more to the performance than first meets the eye!

Taking place at Paphos’ Markideio Theatre on Wednesday, Nicosia’s Municipal Theatre on Thursday and Friday, and at Limassol’s Pattihio Theatre on Saturday, the entertainment is billed as “a show for adults and children, a holiday for the whole family!

“ICE SHOW The Nutcracker is a unique combination of ballet on ice and circus art!” say organisers. “The original production of this show skilfully combines choreography, figure skating, and acrobatics on skates! An exciting enchanting spectacle full of energy, inspiration and brilliance! A Christmas tale for adults and children awaits you!”

Previously performed in Switzerland, the Netherlands, Belgium, France, Austria and Germany, this version of The Nutcracker is “the traditional Christmas story set to classical music,” we’re told. Comprising 25 European performers (mainly from Russia, Belarus, and the Ukraine) who are being specially flown in along with big jigsaw puzzle-like pieces of artificial ice, the show lasts approximately two hours, with a 20-minute intermission.

Of course, given the prices, you may have to choose your most deserving child for this treat: although kids below the age of 12 get 30 per cent off the price, tickets start at €40 and soar to €100 for VIPs and trust fund families. If you’ve money to spare, it may well be worth it. And if you don’t, all we can offer is another fun fact: did you know a nutcracker is also a type of crow that feeds on the seeds of conifers?