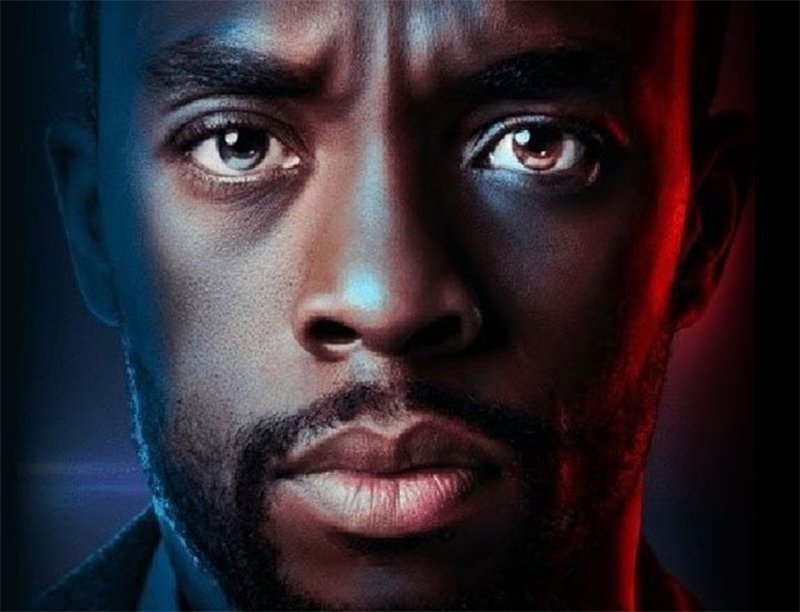 It’s a good week for New York movies at the Cyprus multiplex; we have Motherless Brooklyn, set in Brooklyn and Harlem – and now here’s ‘Bridgeless Manhattan’, including an extremely New York scene where a bunch of cops go through all five boroughs to determine if a couple of perps could realistically sell 50 kilos of coke there. The answer is that only Manhattan offers a market for that kind of stash (“What about Jersey?”; “The Sopranos was a TV show”) – so the only solution is to cut off the island, shutting down all 21 bridges leading in and out of Manhattan, trapping the crooks then arranging to “flood the island with blue”.

This is presented as a very big deal, and I guess it would be; even in the wee hours – almost the whole film unfolds over a single night, from 1am to 7am – putting such a huge chunk of the city on lockdown would be prohibitive. (It’s not just the bridges, either; trains are cancelled, subways “nuked”.) You’d expect 21 Bridges to hinge on this manhunt – you’d expect a climactic shoot-out on one of the 21 bridges, at the very least – but in fact it’s almost irrelevant to the movie. The perps don’t even try to flee Manhattan, much less try to cross a bridge only to find it blocked. It’s just one of many lapses in this still-quite-enjoyable crime drama, which tends to be efficient at the simple things and half-baked when it comes to the bigger ones.

Another half-baked angle has to do with police shootings, our hero Andre (Chadwick Boseman, a.k.a. Black Panther) being introduced via an unfriendly meeting with Internal Affairs. Andre has become notorious for the number of people he’s killed in the line of duty – “I’ve never fired without just cause,” he insists – which is intriguing since the plot later takes us to trigger-happy cops and a pair of ‘cop killers’ who turn out to be increasingly sympathetic. At some point, I suspect, this project was about a cop (significantly, an African-American cop) who grows up believing in the power of “the badge”, only to realise just how often that power is abused. Alas, Andre’s chequered past ends up mostly unaddressed by the movie, ditto the hot-button issue of police violence – though New York does get briefly mentioned as “a city that actively f**kin’ dislikes” the NYPD in a diatribe by a senior cop, played by the ever-splenetic J.K. Simmons.

Best to ignore the big issues when it comes to 21 Bridges. Better to wallow in the night-time look – even interiors tend to take place in rooms lit by a single bedside lamp – and supporting characters like a Sudanese money launderer (“the Cleaner”) who wears a dressing gown and speaks with a cut-glass accent. Better to check out the occasional gems in the dialogue, like the drug dealer who – confronted by the perps on the fact that the vault they broke into contained around 300 kilos of drugs, not the advertised 30 – breezily admits that “our business doesn’t attract a lot of detail-oriented motherf**kers”. Better to wonder about Mr. Boseman, who may soon find himself at a crossroads: he’s had two big roles, and the second one (Black Panther) is the template for the kind of heroic idealist he plays here – but in fact the first one, wild man James Brown in Get On Up, is far more suited to his strengths. Boseman’s persona isn’t calm; his voice is hoarse, his default expression touchy and hunted, he seems naturally tense and tormented. He’s not made for this kind of slow-and-steady Bruce Willis role. He should play more wild men, in my opinion.

In the meantime here’s 21 Bridges, skirting the line between B-movie and star vehicle. There’s certainly no need to rush to the cinema for this one, but you wouldn’t be wasting your time if you did; there are shoot-outs, a couple of chases (one chase spills over from a city street to a subway train; I thought the subways were nuked?), a general air of unfussy energy. It also ends on that most retro note (the final flourish on any number of 90s actioners), a slow pull-back from the hero to a helicopter shot of the city – in this case, of course, New York City, easily our cinematic backdrop of choice this week. Triple bill with Motherless Brooklyn and the new Woody Allen, anyone?