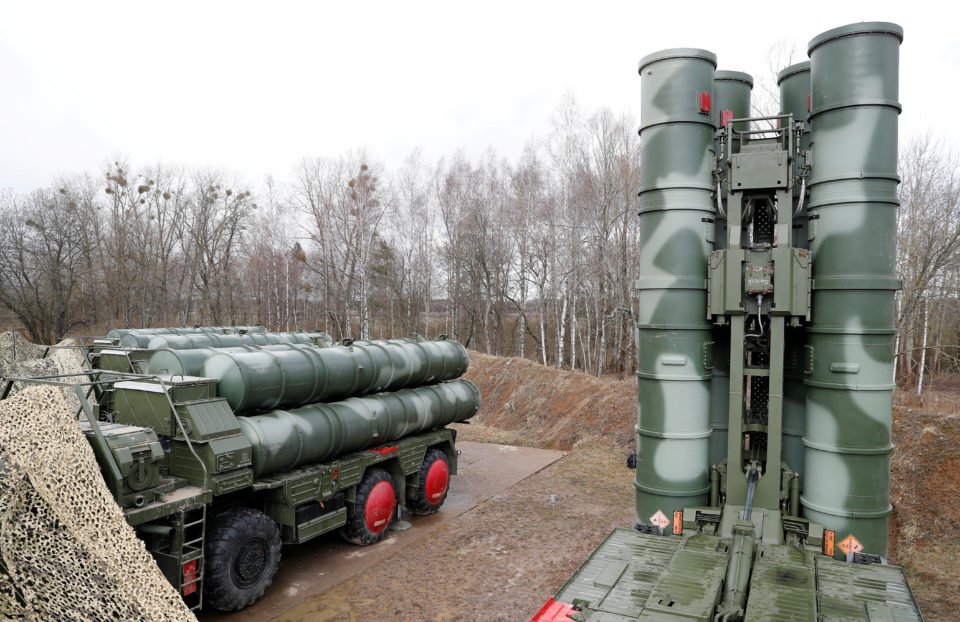 A view shows a new S-400 'Triumph' surface-to-air missile system after its deployment at a military base outside the town of Gvardeysk near Kaliningrad, Russia

The United States and Russia appeared no closer on Tuesday to settling their disagreements on nuclear arms control as Moscow again proposed extending their New START treaty and Washington insisted China must be brought into the framework.

U.S. Secretary of State Mike Pompeo and Russian Foreign Minister Sergei Lavrov largely stuck to their existing positions as they described talks that ranged from alleged Russian interference in U.S. elections to the wars in Ukraine and Syria, North Korea’s nuclear program and improving economic ties.

At a joint news conference, Pompeo said the United States believed other parties, such as China, needed to be brought in to a wider arms control discussion, and he said he would consider a Russian proposal to include nuclear powers Britain and France.

“There is real risk that there is a reduction in strategic stability just staying right where we are,” Pompeo said, arguing that delivery systems have evolved beyond the missiles, bombers and submarines covered by the New START treaty signed in 2010.

Lavrov repeated Russian President Vladimir Putin’s offer to extend New START, which requires both nations to cut their deployed strategic nuclear warheads to no more than 1,550. The treaty expires in February 2021 but can be extended for up to five years by mutual consent.

“The ball is in our American partners’ court,” Lavrov said before going to the White House to see President Donald Trump.

The two met as Democrats in the House of Representatives announced formal impeachment charges against Trump that accuse him of abusing power by pressuring Ukraine to probe a political rival and obstructing the Congress investigation into the scandal.

Their last Oval Office meeting in May 2017 turned into a public relations disaster for Trump, who was accused by unnamed U.S. officials of divulging highly classified information during that meeting about a planned operation by the Islamic State militant group. The allegations were denied by the White House.

The inquiry laid bare what Mueller and U.S. intelligence agencies have described as a Russian campaign of hacking and propaganda to sow discord in the United States, denigrate 2016 Democratic candidate Hillary Clinton and boost Trump, the Kremlin’s preferred candidate.

Pompeo told reporters interference in U.S. domestic affairs “is unacceptable and I made our expectations of Russia clear” while Lavrov repeated Russian denials that Moscow had tampered in U.S. elections.

Climate demo to demand change in Nicosia on Wednesday