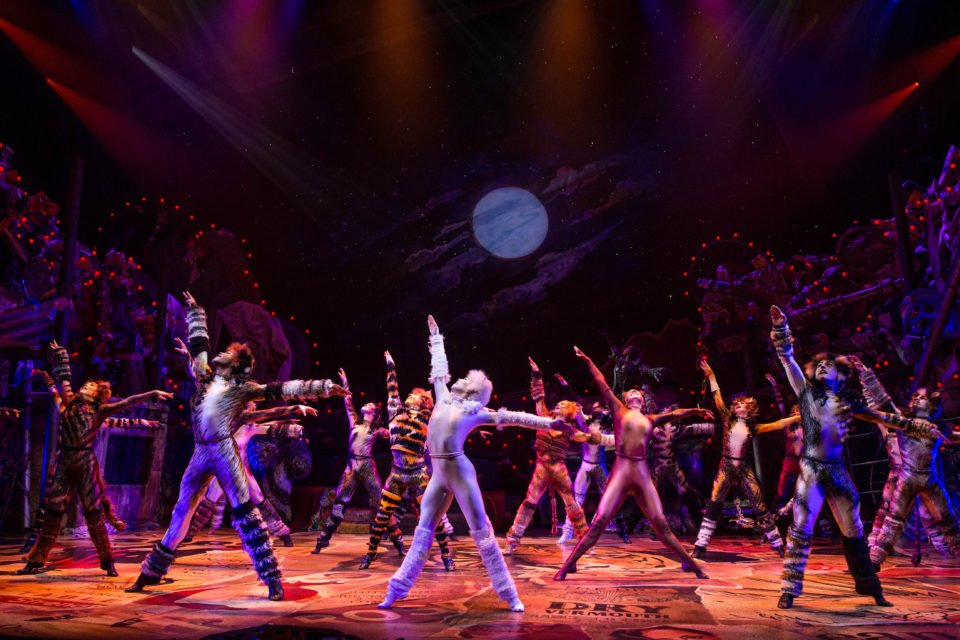 Macavity was my favourite. Closely followed by the Magical Mister Mistoffelees. But that was before I discovered the musical, and knew only the poems. Once I’d seen the West End production, it was Old Deuteronomy who took over, along with Skimbleshanks, the railway cat. Though Rum Tum Tugger sunk in my estimation: he was a little too rambunctious for my 11-year-old liking.

If you’ve never read the book or seen the show, these names may well be a mystery to you (much like Macavity himself!). But they’re all characterful felines from TS Eliot’s poetry anthology Old Possum’s Book of Practical Cats which in the 1980s was turned into a world-famous musical by Andrew Lloyd Webber. Running from 1981 to 2002 in the West End (and from 1982 to 2000 on Broadway, though there have been several revivals since then), CATS quickly became a favourite with audiences worldwide. And after years of tantalising ‘will-they-won’t-they’, fans can expect an all-star cinematic version this December – a film which includes Judi Dench, Idris Elba, Ian McKellen, and Taylor Swift! However it’s not the movie we’re touting here, but the musical. Which is coming soon to a theatre Very Near You! 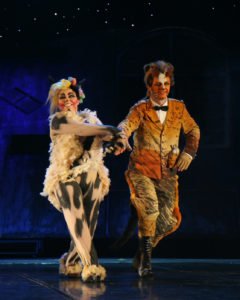 Direct from the West End, CATS the musical is set to run for one week only at Limassol’s Pattihio Theatre over the new year. Featuring an “all-star company of singers and dancers”, and accompanied live by The West End Theatre Orchestra, this promises to be the show to end all shows (move over Celine Dion, Grizabella’s in town!): an extravaganza of feline antics.

“Following the sell-out success of Mamma Mia and The Sound of Music, Limassol Pattihio Theatre is proud to present another major musical production direct from London,” say organisers. “Enjoyed my millions around the world, CATS is a unique stage musical featuring classic songs including the global hit Memory,” they continue, highlighting the hit which – although not included in the original book – was still based on a poem by Eliot entitled Rhapsody on a Windy Night.

Written in the 1930s, the poems in Old Possum’s Book of Practical Cats were originally penned by Eliot for his godchildren, before being released in 1939 as a literary collection. Interestingly, in 1983 Eliot received a posthumous Tony for Best Book of a Musical for his creation – the majority of the songs in the musical are verbatim recitations of his poems, and thus he’s regarded as its primary lyricist – quite an achievement for someone who died in 1965! But it was an accolade that might well not have happened had the author gone with his initial idea: originally, the collection was to include poems about both felines and canines; thankfully Eliot decided that “dogs don’t seem to lend themselves to verse quite so well, collectively, as cats!”

Lloyd Webber, on the other hand, is less fond of the felines, describing his attitude towards moggies in general as “quite neutral.” But that didn’t stop the composer from using Eliot’s rhymes as the basis for his musical. “I wanted to set that exciting verse to music,” Webber said. “When I [had] written with lyricists in the past… the lyrics have been written to the music. So I was intrigued to see whether I could write a complete piece the other way round.”

It worked. And today – despite the fact that Lloyd Webber initially had to take out a second mortgage on his home to finance the original production, because no investor was willing to finance a show about felines! – CATS remains an industry juggernaut which has single-handedly generated over 3 billion dollars for New York’s economy (and countless more for productions worldwide). It probably won’t make quite that much in Cyprus, what with smaller audiences and its eight-show run (Monday through Sunday with the exception of Tuesday, starting on December 30 and running into the new year). But it’s still going to be a crowd-pleasing spectacular, so it’s probably worth booking your ticket right now!

“Early booking is advised,” agree organisers, who then go on to tell us exactly what we’ll be getting. “Enter the enchanting and magical world of CATS, live on stage, with breath-taking choreography, acrobatic circus performances, spectacular costumes and immersive scenery that will take over the stage and auditorium of Limassol’s Pattihio Theatre like never before. From the irrepressible Rum Tum Tugger to the magical Mr Mistoffelees, Skimbleshanks the Railway Cat, the scheming Macavity and of course Grizabella the Glamour cat, the poems of TS Elliot become unforgettable songs with Andrew Lloyd Webber’s much-loved music.”

A musical for any age (even your granny; Rum Tum Tugger has no doubt learnt from his mistakes!), this West End production of CATS may well be the highlight of the season. And again, with tickets likely to sell out fairly instantly, it’s definitely worth booking your seat sooner rather than later for a purrfectly unfurgetable (sorry!) start to the new year!

At the Pattihio Theatre, Limassol from December 30 to January 5 (no show on December 31, but two performances on both January 4 and 5). Tickets start at €45 and are available from https://www.soldoutticketbox.com/  For more information, call 25 377277 or visit http://www.pattihio.com.cy/