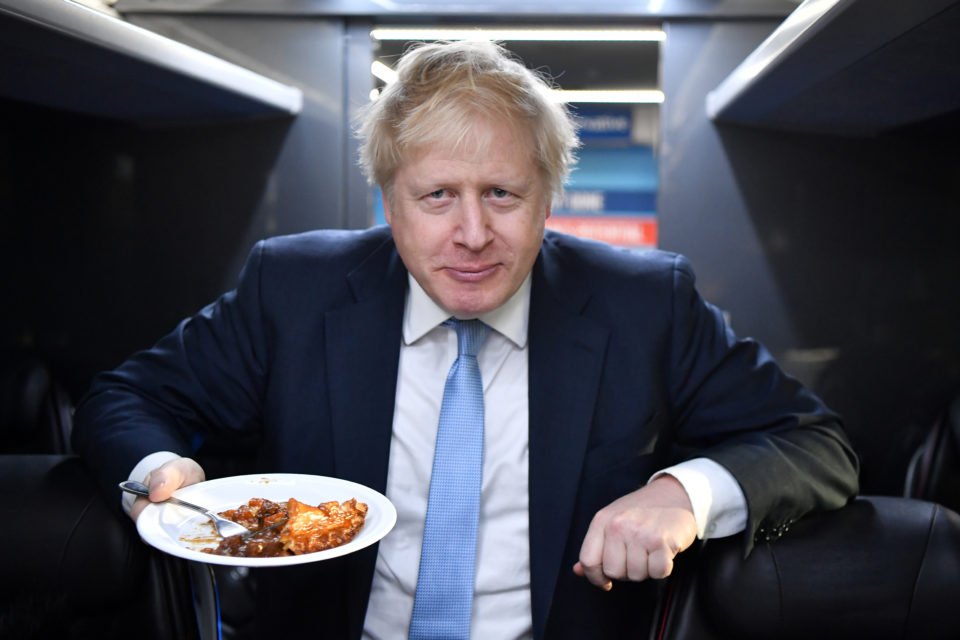 A major polling forecaster slashed its prediction for Boris Johnson‘s majority in Thursday’s British general election, saying the race has tightened and the prime minister can no longer be sure of victory.

YouGov, which accurately predicted the outcome of the last election two years ago with an elaborate survey that estimates the outcome in individual constituencies, cut its forecast for Johnson‘s likely majority by more than half to 28 seats. Two weeks ago it had predicted a majority of 68.

Possible outcomes still range from a landslide victory for Johnson‘s Conservatives to a hung parliament with no party in control.

The December 12 election has been described by all parties as Britain’s most important in memory, with Johnson calling for a big majority so he can swiftly pull Britain out of the EU. The main opposition Labour Party promises a new referendum on Brexit and the renationalisation of utilities and railroads in its most left wing platform for decades.

“It could not be tighter,” Johnson, the face of the Leave campaign in the 2016 referendum, said on Wednesday when asked about the opinion polls showing a tighter race.

“I’m just saying to everybody the risk is very real that we could tomorrow be going into another hung parliament, that’s more drift, more dither, more delay, more paralysis for this country,” he said.

Sterling fell sharply immediately after the poll, hitting as low as $1.3107, a drop of more than half a cent in Asian trading. In London it was last at $1.3117, down 0.3 per cent on the day. Half a dozen opinion polls are due on Wednesday.

Johnson called the snap election to break what he said was the paralysis of Britain’s political system after more than three years of crisis over how, when or even if to leave the European Union.

He has promised to deliver Brexit by Jan 31 if he wins a majority. Labour leader Jeremy Corbyn has said he will negotiate a new Brexit deal and then grant a new EU referendum.

Polls open at 0700 GMT on Thursday and close at 2200 when an exit poll will give the first indication of who has won.

While there have been countless polls in the run-up to the election, YouGov’s “Multilevel Regression and Post-stratification model” is seen as the most meaningful, offering a prediction of seats, rather than just vote share.

It crunched data from more than 100,000 interviews over seven days, using demographics, the specific circumstances in individual constituencies and national statistics to come up with a projection.

“We absolutely cannot rule out the 2019 election producing a hung parliament – nor can we rule out a larger Conservative majority,” said Anthony Wells, YouGov’s director of political research.

The polling showed that Johnson‘s main strategy to breaking Labour’s so called “Red Wall” of seats across the Brexit-supporting Midlands and northern England could hand him victory.

“Most of the Conservative gains are expected to be in the north, in urban West Midlands and former mining areas in the East Midlands and County Durham – concentrated in areas that voted to leave the EU,” Wells said.

Labour are predicted to lose 31 seats, taking them to the worst performance since 1983 when Labour leader Michael Foot lost to Thatcher.

The Scottish National Party are forecast to make gains, winning 41 seats. The anti-Brexit Liberal Democrats are forecast to win 15 seats and the Brexit Party none, YouGov said.

In late May 2017, just over a week before the June 8 election, YouGov’s model correctly projected Johnson‘s predecessor Theresa May would lose the Conservative Party’s majority, even though she had been ahead in most polls.

Look after your eye health this winter

Focus on integration of migrants