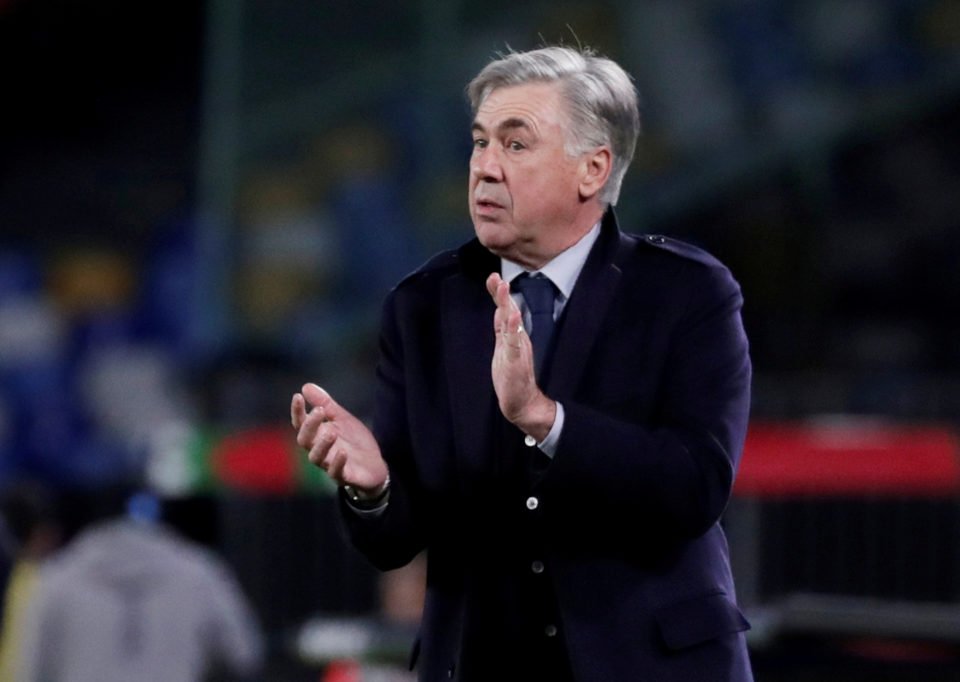 Napoli sacked Carlo Ancelotti, one of Europe’s most successful coaches, on Tuesday evenning, three hours after the Serie A club beat Genk 4-0 to qualify for the Champions League round of 16 and end a nine-match winless run.

The club confirmed it had dismissed the 60-year-old coach, who has won domestic league titles in England, France, Germany and Italy and the Champions League three times, in a statement on Twitter.

He had been in charge for just under one-and-a-half seasons.

“Napoli has decided to revoke the position of first-team coach from Carlo Ancelotti,” it read. “The relationship of friendship, esteem and mutual respect between the club, its president Aurelio De Laurentiis and Carlo Ancelotti remain intact.”

The decision followed a tense few weeks at the club during which Ancelotti criticised a decision by De Laurentiis, Napoli’s flamboyant owner, to confine the team to a training-camp for a week.

The players broke off the camp halfway through, refusing to stay in the hotel although they continued to train.

At the same time, Napoli, runners-up in Serie A for three of the last four seasons, suffered a slump in form which saw them drop to seventh in Serie A and out of the title race.

Ancelotti’s dismissal had been widely predicted by the Italian media who said Napoli had lined up Gennaro Gattuso, fired by AC Milan at the end of last season, as his replacement.

Ancelotti described their Champions League campaign, which saw them complete Group E unbeaten, as “one of the few satisfactions we’ve had this season and much of that is our fault.”

He has denied throughout that there has been conflict within the squad or between the players and the club’s management.

“The problem here is that the team has not been able to express its full value, but there were no clashes, apart from isolated incidents that happen everywhere,” he said.

Ancelotti was hired to replace Maurizio Sarri and his arrival, after nine years’ coaching abroad, was regarded as a major coup by De Laurentiis who rescued Napoli from bankruptcy in 2004 and turned them into Serie A title contenders.

Sarri had turned Napoli into the neutrals’ favourite thanks to their flowing, attractive football but they always fell short of Juventus, who have won eight successive Serie A titles.

A variety of Nutcrackers this December