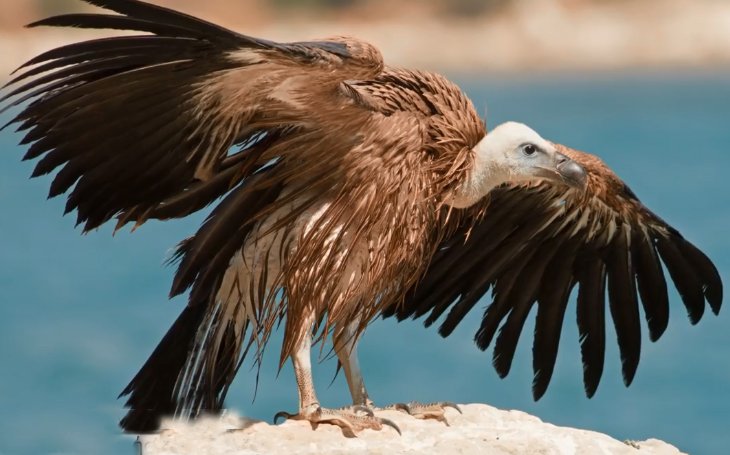 BirdLife Cyprus, the Game and Fauna Service, Terra Cypria-The Cyprus Conservation Foundation, and the Vulture Conservation Foundation have joined forces to provide a lifeline for the threatened Griffon Vulture through ‘LIFE with Vultures’, a new four-year project aiming to prevent the extinction of the species in Cyprus, it was announced on Wednesday.

The EU-funded ‘LIFE with Vultures’ project aims to prevent the extinction of the Griffon Vulture population in Cyprus and to protect it through concerted actions to address the species’ main threats.

The project includes actions against the use of poison baits, actions to counter collisions with overhead powerlines, and actions to expand the feeder network that provides safe supplementary food to the vultures.

Through the project, Griffon Vultures will be brought from Spain for release in Cyprus, to strengthen the extremely diminished Cypriot population, which numbers between 20 and 25 birds.

Life with Vultures follows the Gypas project, implemented between 2011 and 2014, which saw the transfer of 15 birds from Crete to bolster the population in Cyprus. In 2011, conservationists estimated that only 10 to 11 vultures were still alive in Cyprus.

According to BirdLife, Gypas gave a highly necessary push and was the first step in the conservation effort, but more was needed because 25 vultures were not enough to build a healthy local population.

The Griffon Vulture, Gyps fulvus, is the largest bird in Cyprus with a wingspan that can reach 2.8 meters.

In the 50s, the population numbered several hundred birds, but with only 20-25 vultures remaining today, amounting to a 94 per cent decrease, these iconic birds are now a rare sight in Cypriot skies.

According to BirdLife Cyprus, the reasons behind the decline are many and complex, but the main threats facing the species are lack of food and poisoning.

“Changes in livestock keeping, from extensive to intensive, meant the subsequent reduction of food availability for the Griffon Vulture, a carrion-eating bird of prey that roams widely in search of food.”

Their dietary habits are what make the vultures an integral part of the ecosystem and at the same time highly vulnerable to poisoning, from illegally placed poisoned baits in the countryside which mainly target foxes and stray dogs.

Thanks to their unique eating habits, vultures are also known as ‘nature’s clean-up crew’ providing critically important ecosystem services by cleaning up after death and acting as natural carcass recyclers.

Vultures also help livestock keepers, not only because they clean up the land, but also because they eliminate the need for the treatment and incineration of thousands of tons of animal remains every year. Thanks to this free cleaning service, millions of euros can be saved in waste management and the potential emission of hundreds of thousands of tons of CO2 per year is avoided, for the benefit of all.

Police seeking suspect in a number of criminal cases