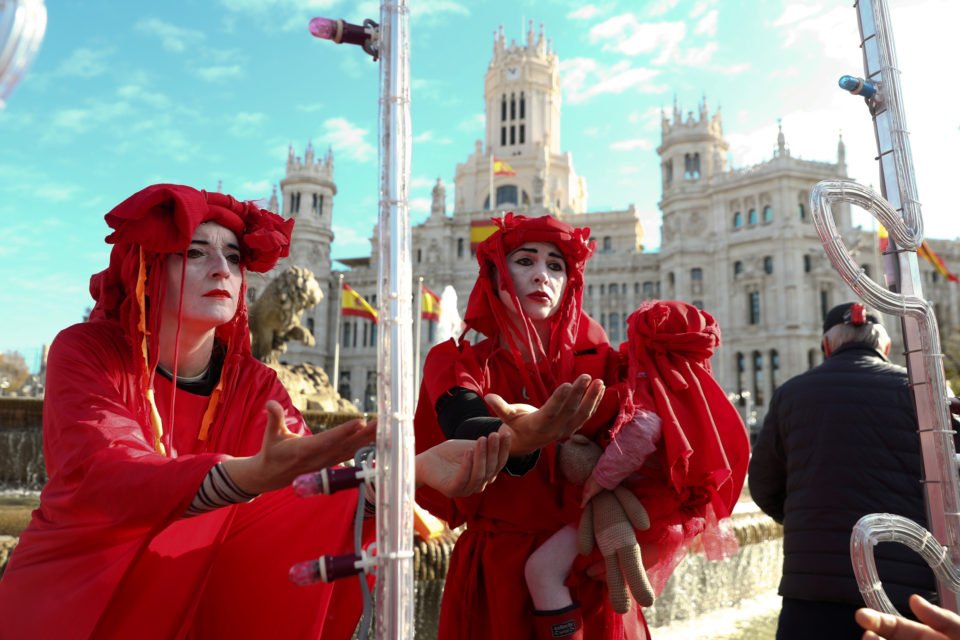 Yet another new organisation inaugurated with the very best possible intentions for the benefit of one and all, the nation, the environment and the good of the planet, blah, blah, blah. Hard to fault the motives that underpin the whole thing.

I refer to Extinction Rebellion, the latest organisation in which can already be detected the aroma of the manipulative left-wing as it receives the huge publicity and interest of youth and the media. The XR movement recognises that we are facing an unprecedented global emergency. Life-on-Earth is in crisis. Scientists agree, they sweepingly claim, that we have entered a period of abrupt climate breakdown, and we are in the midst of a mass extinction of our own making.

So, what do they want? Well, to start with they want the entire carbon footprint of the nation to be reduced to zero by 2025. They want biodiversity loss counteracted, sea levels stopped from rising, a limit to desertification, prevention of wildfires, an end to water shortage. Tall orders. And if all that sounds reasonable, it isn’t.

The snag is that no-one seems to have thoroughly thought through the idea and its supporting theories. Instead they become bewitched by silly little girls like Greta Thunberg waxing lyrical about things they scarce understand. Back to school with her! For, in reality, the Earth is a huge interlinked system with different parts that all interact with and affect one another. For these the optimistic plans don’t work, can’t work and will never work.

Yes, the crowds of protesters may block London railways stations, city centres throughout the nation, and even – horrors – disrupt a royal visit or two. But apart from the pointless disruptions, inconveniences and costs to other, non-members of XR those ordinary citizens – comprising the vast majority – preferring to get on with whatever is their daily grind.

No doubt there is a potential disaster facing the global environment, some of it natural, some of it amplified by human activities.

In reality though, to achieve any measure of environmental success economic and industrial balances must be disturbed. Balanced economy, employment and decent wages depend on continued growth, not on curtailment measures. So, thereupon, millions will be out of work. Civil unrest will result. The consequences will be displaced populations, increased disease incidence, danger of wars, impairment of human rights.

Humans and other living things might not fare too well but, happily, all this will have little effect on the earth as a planet. The earth will change, and survive.

I wonder would these folks lying down in the road personally accept a 5% fall in their living standards for a scheme that is so unlikely to succeed? If so, how about 10%, or 50%? No cars, no choice of 30 kinds of bread or twelve kinds of potatoes. No pizza delivery right to your door.

People in less fortunate zones see the opulent lifestyle of the fortunate dwellers in the lucky nations. Understandably they want the same. It is hard to explain to the unlucky that they must go on being unlucky so that the lucky can go on being lucky.

Try explaining to an Ethiopian mother whose six month old baby is starving that that is quite alright as, somewhere, there is a nice chubby well-fed baby that is happily enjoying its life.

And to imagine that the leaders, who are well aware of the problems, are going to risk political defeat when they insist on unpopular measures that affect the selfish lives of their voters. Some hopes.

In the 18th century Malthus warned of the dangers of the uncontrolled population increase of the biblical ‘go forth and multiply’ drivel. He was ignored, birth control was anathema to Christian churches, after all it would reduce church income.

So on and on things went. More and more people competing for fewer and fewer resources. All those XR and similar organisations just don’t have a chance.

Doom is a near certainty. And remember this, next time you eat a sumptuous meal of hundreds of calories more than you need, next time you order another smart fashion item, next time you book a flight to one of those wonderful pre-Christmas shopping events try to make it all rather more personal. Remember that at that very moment, some luckless soul who, through no fault of his own happens to be standing in the very last place at the bottom end of the food chain, is going to die as a result.

For every overfed European there is a starving baby somewhere whose food share has been stolen.

The play that goes wrong