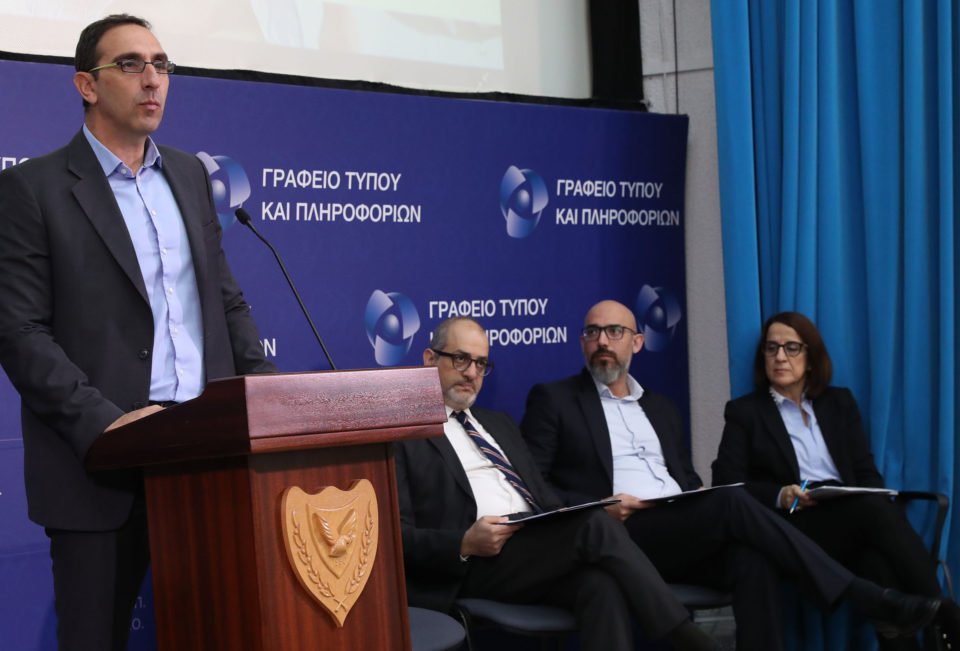 Health Minister Constantinos Ioannou: not all problems have been resolved

Allowing Gesy to collapse would be suicide Health Minister Constantinos Ioannou said on Thursday as he sent an unequivocal message to detractors that the general health system is here to stay.

In an assessment of the first six months of Gesy’s operation the minister said the introduction of the first phase of the scheme has radically changed public healthcare after decades of endless discussions.

Since June 1 when the first phase of Gesy was introduced, standards are changing for the better even though problems remain, he said.

“Not all problems have been resolved, but one cannot question and dismiss everything that was achieved so far,” the minister said.

He called on everyone to show the same understanding as in June when a very small number of doctors, only in the two-digits, had joined the system whereas today they are around 1,800 overall.

Initially, patients could not find specialists, he said, whereas today numbers are sufficient.

“Up to just two months ago, some were scaremongering that Gesy would be operating without any paediatricians whereas today almost 180 are participating,” Ioannou said.

The minister said the best way to improve any weaknesses was through feedback from those who serve the system daily, and that is why he set up an informal advisory committee with representatives from all professionals involved.

The committee’s suggestions have proved crucial to better understanding the problems and solving them faster, he said.

General director of the Health Insurance Organisation that runs Gesy, Athos Tsinontides said 1.2 million visits to GPs and 700,000 to specialists have been recorded. In total, 350,000 beneficiaries received medical treatment while 265,000 have undergone laboratory tests and another 130,000 have undergone imaging tests, he said.

According to Tsinontides more than 90 per cent of the population, around 770,000 persons, have registered as beneficiaries.

Ioannou argued that, seeing how the daily lives of patients have changed, the savings it has brought to the family budget, the universal insurance and the equal access it has given to all people without restriction allows the government to continue efforts to fully implement Gesy.

According to the minister, Gesy was not designed overnight nor will it be left to collapse.

“Following the warm embrace it has received by members of the public, we would be committing suicide if we let it collapse and go back to the old state of affairs,” Ioannou said.

Commenting on the debate that has risen among parties on changes to Gesy, the minister said these would have to be discussed in parliament, but he stressed that changing the scheme’s philosophy would not be advisable.

“Any changes that affect the philosophy and architecture of Gesy are not welcome because this took place after 20 years of discussion, analyses and research,” he said.

Talk of changes to streamline Gesy was tabled at the House plenum during discussion earlier in the week of the state budget for next year.

Daily Politis on Thursday, citing sources, reported that the majority of parliamentary parties, Disy, Diko and Edek are mulling changes to Gesy aimed at streamlining the system and ensuring its viability.

These changes reportedly concern a new framework for GPs’ pay so that they are not based on the number of beneficiaries on their lists as the system is now. The proposal calls for a fixed minimum amount which could be supplemented by medical procedures and patient visits.

Abolition of the €25 patients are called to pay if they visit specialists without a referral from their GPs is another change discussed.

The parties are also discussing the possibility of beneficiaries choosing to go to doctors not within Gesy, to be able to still get the drugs prescribed to them by those physicians from Gesy pharmacies.

They are also discussing the possibility of freedom to choose one’s GP from the Gesy list without having to register beforehand with one of these doctors, Politis reported.

Parliament president Demetris Syllouris called earlier in the week for a conference in parliament on Gesy, which was welcomed by Ioannou.

Syllouris said the conference should take place soon and should include MPs and other officials dealing with Gesy who do not work in parliament.

Akel however already declared it would not participate in any discussion on changes to Gesy’s philosophy.