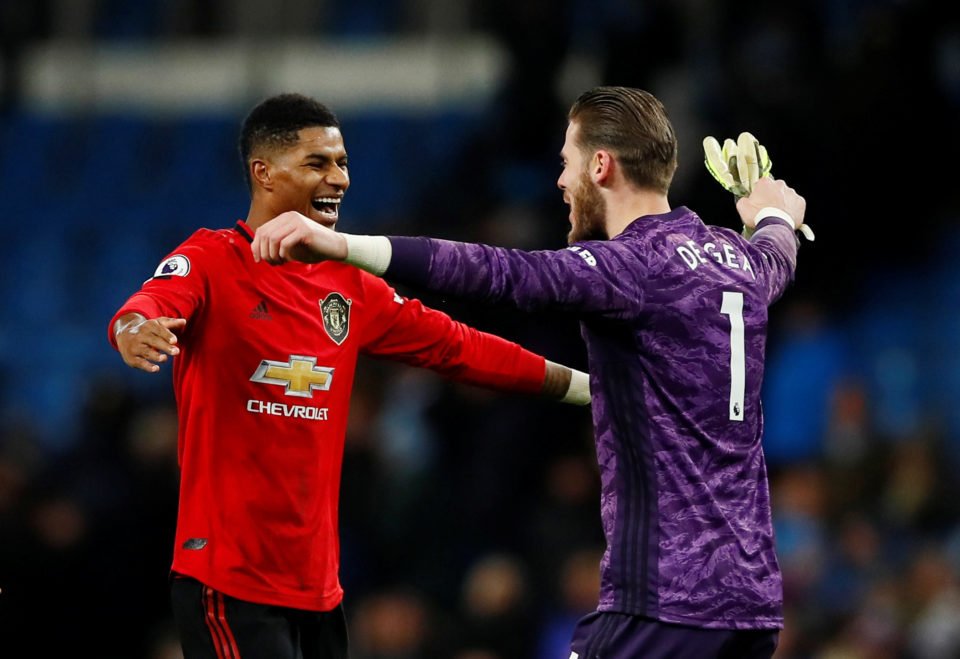 United's form has been patchy this season but, after climbing to fifth in the league and moving within five points of fourth-placed Chelsea after a five-game unbeaten run, Ole Gunnar Solskjaer backed his team to improve further

Manchester United’s recent wins over Manchester City and Tottenham Hotspur, despite missing several injured players, are signs that the team are moving in the right direction, manager Ole Gunnar Solskjaer said on Wednesday.

“We’ve come through a sticky patch in terms of injuries and form,” Solskjaer told a Europa League news conference before his side, who have already qualified for the last 32 knockout stage, face Dutch team AZ Alkmaar at Old Trafford on Thursday.

“Results are the proof but inside we’ve always believed in what we’re doing. We’re on the right track… I see the boys training every day and the attitude and the quality so I’ve not been too worried.”

United’s form has been patchy this season but, after climbing to fifth in the league and moving within five points of fourth-placed Chelsea after a five-game unbeaten run, Solskjaer backed his team to improve further.

“Of course, consistency is vital if you want to win trophies,” Solskjaer added. “This young team need to learn how to put in performances when they don’t feel great. You don’t feel great every time you go on the pitch.

“We’ve had some games when we’ve not been able to perform as well as we like but that’s a learning curve and the boys will improve over the next couple of years… hopefully the rest of the season.”

Midfielder Jesse Lingard will miss the Alkmaar game after sustaining a knock against Manchester City but Marcos Rojo, Diogo Dalot and Nemanja Matic are in line to return.

United must avoid defeat by the Dutch side to top Group L.

Solskjaer added that he was hopeful Frenchman Pogba will recover from his ankle injury before the end of the year.

“Let’s get him fit and back in form. He’ll play loads of games. He’s one of the best players in the world and we’re looking forward to having him back,” he added