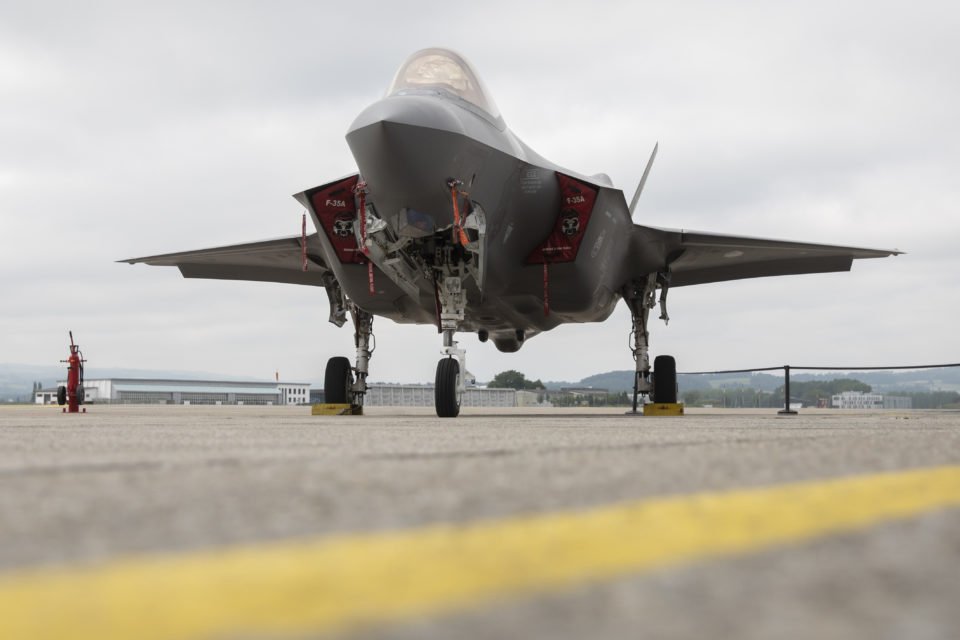 The US House of Representatives has passed a defence bill that includes a conditional lifting of the arms embargo on Cyprus.

The bill is now poised to go to the Republican-controlled Senate, where it is likewise expected to pass and head to President Donald Trump’s desk for signature.

The embargo on Cyprus would be lifted once the bill is signed into law.

Trump said he would sign the bill as soon as it passes.

“Wow!” he said on Twitter. “All of our priorities have made it into the final NDAA: Pay Raise for our Troops, Rebuilding our Military, Paid Parental Leave, Border Security, and Space Force! Congress – don’t delay this anymore! I will sign this historic defense legislation immediately!”

The embargo on sales of arms and defence-related materiel to Cyprus has been in place since 1987.

Although both chambers of Congress had passed two separate bills last July, it was not possible to agree on a single document due to differences between Republicans and the Democrats on the wall which the US president wants to build along the US-Mexican border. In both texts, the wording concerning the lifting of the embargo was identical.

Current US policy spells out a denial for exports, re-exports, and transfers of defence articles listed on the United States Munitions List.

Whereas the embargo shall remain in place, the bill gives the US president the leeway to make an exception by certifying that Cyprus is satisfying Washington’s criteria on money laundering regulations as well as thwarting Russian influence in the eastern Mediterranean.

Unless the US president cites an exception on national security grounds, the bill calls on Congress to confirm with the White House that the Cypriot government continues to cooperate with the US in implementing anti-money laundering reforms and financial regulatory oversight.

The bill also requires that the island continue to take steps to deny Russian military vessels access to ports for refuelling and servicing.

In late June, President Nicos Anastasiades expressed surprise at a last-minute amendment to a US Senate Foreign Relations Committee bill requiring Cyprus to deny docking facilities to the Russian navy.

At the time Anastasiades said he was “saddened” by the amendment which “affects the independence and sovereignty of the Republic of Cyprus to a large extent”.

While NDAA for fiscal year 2020 allows the Pentagon to buy 12 more Lockheed Martin-made F-35 jets than the US administration initially requested, it prohibits the transfer of the F-35 to Turkey.

It expresses a Sense of Congress that Turkey’s acquisition of Russia’s S-400 missile defence system, which Washington says is not compatible with Nato defences and threatens the F-35, constitutes a significant transaction under US sanctions law.

The bill says Trump should implement sanctions on Turkey over the S-400 purchase.

Arsenal come from behind to secure draw against Standard Liege