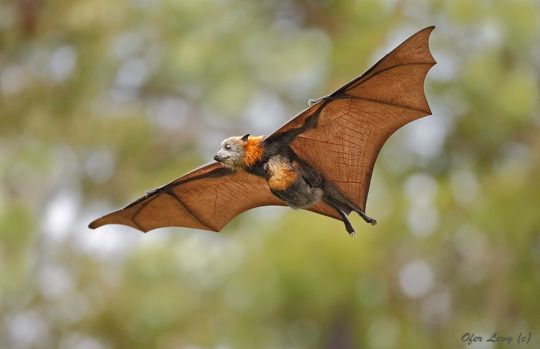 Thousands of baby grey-headed flying foxes have been abandoned by their mothers in the latest example of wildlife devastation caused by Australia’s severe drought and bushfires, which disrupted the bats’ ability to produce milk for their offspring.

A threatened species, the grey-headed flying fox is one of the world’s largest bats, with a wingspan of up to a metre, and is covered in dark grey fur with an orange collar.

“We have lost about 90 in the last three weeks,” said Hugh Pitty, an ecologist who monitors a breeding colony that forms each year from November to May in the east coast town of Bega.

“The young ones have been abandoned by their mums, who don’t have enough nourishment to produce any milk,” he said, adding that drought had caused the food shortage, which was then exacerbated by the fires.

“That has led to them having to abandon the flying fox pups. We just find them on the ground underneath the trees in the park.”

The bushfires have wiped out about half the koalas at one coastal reserve in New South Wales, besides ravaging about 2.5 million acres (1 million hectares) of farms and bush, killing four people since November, and destroying more than 400 homes.

Australia’s population of the flying foxes ranges from about 450,000 to 650,000, the government estimates.

Further north from Bega is Bateman’s Bay, where monitors had counted 100 deaths, while the tally in the nearby Shoalhaven region was 1,900 bats, Pitty added.

“As an event, it’s widely spread. It’s not good news for flying foxes.”

The bats are night-time pollinators crucial to the well-being of the forest, said Janine Davies, an official of the Shoalhaven bat clinic and sanctuary, who confirmed the figure of 1,900 deaths.

The decline in the bat numbers would affect “all the other animals that are dependent on the trees they pollinate – parrots, possums, koalas,” she added.