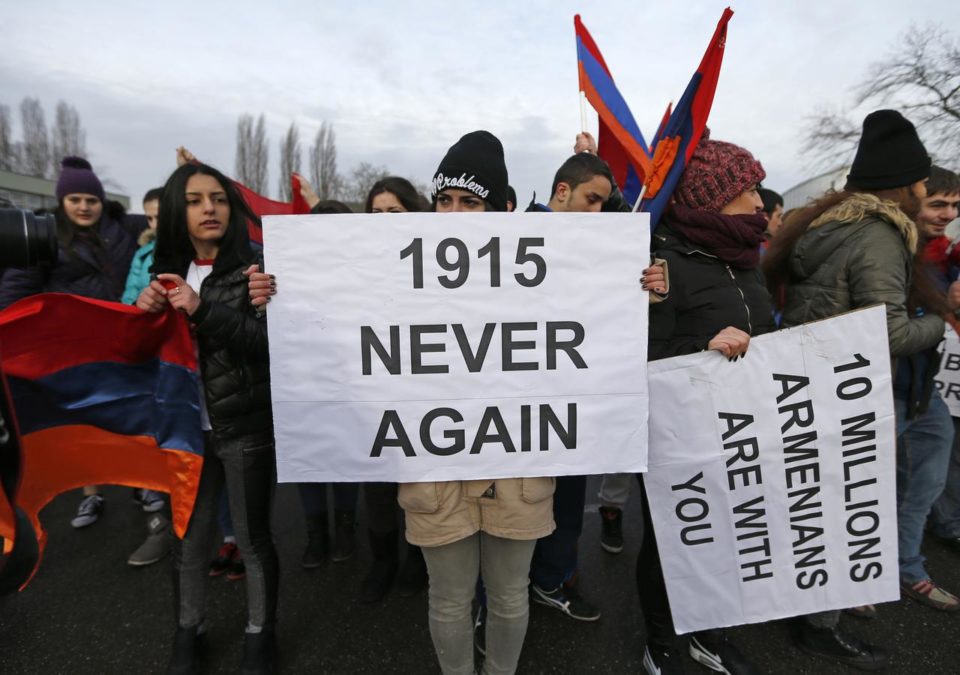 The US Senate on Thursday unanimously passed a resolution that recognises as a genocide the mass killings of Armenians a century ago, a move that infuriated Turkey and further strained ties between Ankara and Washington.

Turkey condemned the measure, saying it will not help improve relations with the United States. The two Nato allies are already at loggerheads over several issues, including Ankara’s purchase of Russian missile defence systems and policy over Syria.

The Democratic-led House of Representatives passed the resolution by an overwhelming majority in October. But a vote in the Senate was repeatedly blocked by President Donald Trump’s fellow Republican senators.

“By passing my Armenian Genocide resolution, the Senate finally stood up to confirm history,” said Democratic senator Bob Menendez, who was one of the co-authors of the legislation.

The resolution asserts that it is US policy to commemorate as genocide the killing of 1.5 million Armenians by the Ottoman Empire from 1915 to 1923. The Ottomon Empire was centred in present-day Turkey.

Turkey accepts that many Armenians living in the Ottoman Empire were killed in clashes with Ottoman forces during World War One, but contests the figures and denies that the killings were systematically orchestrated and constitute a genocide.

“In every previous attempt to politicise history by some members of the US Congress, we reiterated our position to form a group to study it,” Fahrettin Altun, Turkey’s communications director said on Twitter in response to the resolution.

“History will note these resolutions as irresponsible and irrational actions by some members of the US Congress against Turkey,” Altun said, adding that those members had acted to strain ties between the two countries.

The White House reportedly did not want the legislation to move ahead as it negotiated with Ankara on sensitive issues, and following a meeting at the White House between Turkish President Tayyip Erdogan and Trump in November.

Trump at the time described his meeting with the Turkish strongman as “wonderful” but there was no concrete breakthrough on issues the two Nato allies have been facing.

Republican senators also have been incensed with Turkey’s purchase of Russian S-400 missile defence systems, which the United States says pose a threat to its F-35 fighter jets and cannot be integrated into Nato defences.

They have also moved to punish Turkey over its Oct. 9 incursion into Syria. A US Senate committee backed legislation on Wednesday to impose sanctions on Turkey, pushing Trump to take a harder line on the issue, as many lawmakers blame Trump for giving a greenlight to Ankara for its military offensive.