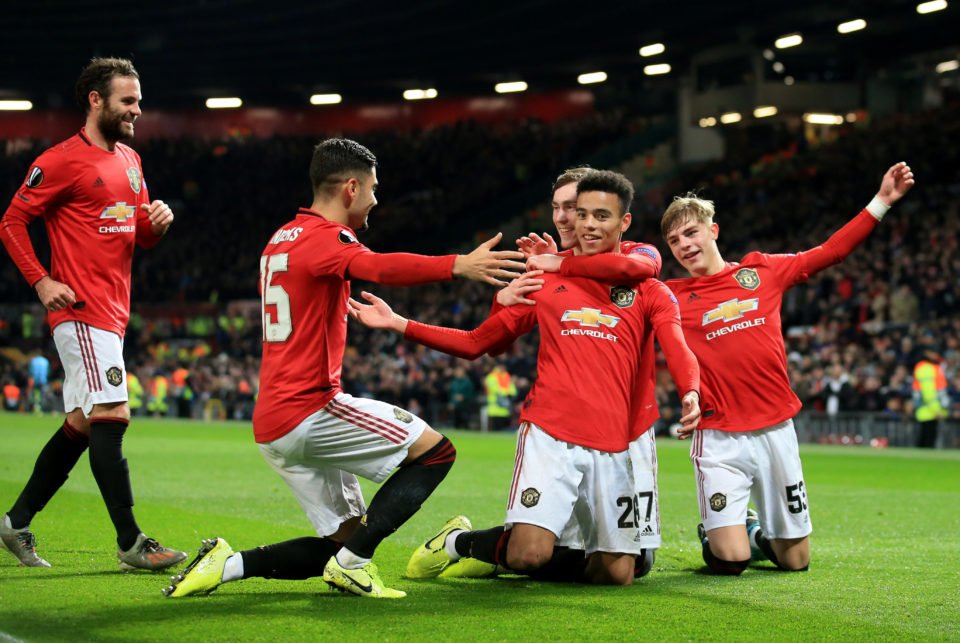 Following impressive Premier League victories against Tottenham and Manchester City, Ole Gunnar Solskjaer’s side turned their attention to winning Group L against another team already guaranteed to be in Monday’s knockout phase draw.

AZ gave United a few scares during a sloppy first half but United eventually kicked into gear and roared to a convincing victory, with 18-year-old Greenwood’s exceptional double complementing efforts from elder statesmen Ashley Young and Juan Mata.

Winning Group L means United enter the round of 32 draw among the top seeds, avoiding the likes of Ajax, Benfica, Inter Milan and RB Salzburg.

It also means United are also guaranteed to play the second leg of February’s tie at Old Trafford, which witnessed an exciting glimpse of the future after a turgid first half.

The substitute netted three times in 11 second-half minutes as Wolves routed the visitors 4-0, with Leander Dendoncker also scoring during a Europa League goal rush at Molineux.

But, despite their second-half heroics, Wolves finished second in Group K after Braga’s 4-2 comeback win in Bratislava.

It means Nuno Espirito Santo’s side will not be seeded for the last 32 when the draw is made on Monday.

Rangers meanwhile also qualified for the knockout stages after a 1-1 draw at home to Young Boys.

British PM Johnson to win a majority of 86 – exit poll

Our View: MPs are strangely reluctant to discuss bad loan list of PEPs