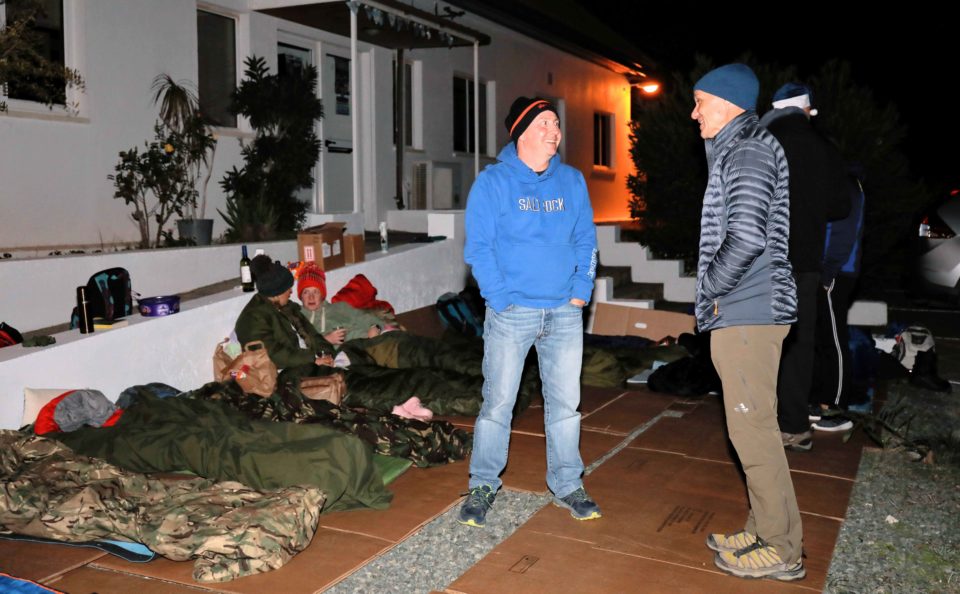 The Akrotiri event, which has so far raised more than £1,600, will divide the money evenly between the official charity and helping homeless veterans

Members of the British Forces Cyprus community ‘slept rough’ last Saturday night as part of The World’s Big Sleep Out.

The charity event, which saw more than 50,000 people all over the world sleep outside to raise awareness and money for global homelessness, is the brainchild of Scottish charity, Social Bite, which started off as a small sandwich shop offering free food and employment to the homeless.

In recent years, the charity has expanded and The Big Sleep Out has gathered more momentum as the issue of homelessness has become a more prominent global crisis.

Homelessness is also an issue close to the hearts of officials within the Ministry of Defence, with many veterans reported to be finding themselves living on the streets after they complete their service.

As a result, the Akrotiri event, which has so far raised more than £1,600, will divide the money evenly between the official charity and helping homeless veterans.

Anthony Ballard from BFBS, who hosted the event outside of the station’s studio in Akrotiri, said there was a wonderful community atmosphere during the fundraiser.

He said: “There were about 17 people sleeping outside the studio on carboard boxes and in sleeping bags, it did have a real community feel to it, with military and civilian personnel all getting involved.”

But despite the community atmosphere, Mr Ballard was quick to highlight the important message behind The Big Sleep Out.

He continued: “It has become a massive, massive problem worldwide and because of the statistics surrounding veterans and homelessness, we decided to share half of the money raised between the charity and for the veterans.

“We wanted to do it for the right reasons but you can never replicate what it is really like. Lots of people came to support us with food and coffee and we actually got fed better than we would normally do anyway.”

He was also quick to point out that The Big Sleep Out delivered a strong message to many of the youths on the Station who have not been confronted with the problem of homelessness before.

“It was touching to see the community and the youngsters in particular come together, lots of people were donating,” he said.” You don’t see homelessness on the Bases, so when you see something like this, it reminds us all how fortunate we all are to be in this position.”

If you would like to donate to cause, search the internet for Virgin Money Giving and the RAF Akrotiri Big Sleep Out and follow the link to the page.

Gesy is a travesty meant to be