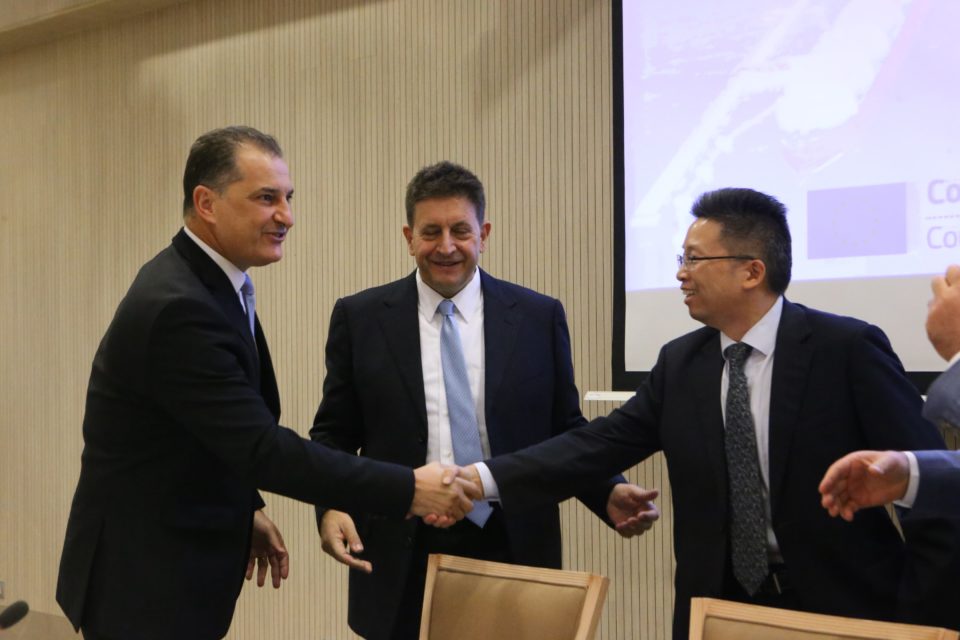 The contract for the development of €290 million liquefied natural gas (LNG) infrastructure, one of the largest energy projects in Cyprus, was signed in Nicosia on Friday.

“The signature has laid the foundations for the implementation of a multi-year effort, which is the commitment of the president of the Republic to his governance programme,”  Energy Minister Yiorgos Lakkotrypis said In his address at the ceremony.

Pointing out the benefits of the agreement, he said: “The use of natural gas in power generation and transport, always in conjunction with the further promotion of renewable energy sources and energy saving, will finally provide the answer to dependence on the imported liquid fuels of our small and isolated energy system, while it will also make a positive contribution to reducing greenhouse gas emissions.

The minister said that according to the calculations of the Cyprus Electricity Authority (EAC), using natural gas in power generation is expected to reduce Cyprus’ environmental footprint by 25 to 30 per cent, since gas is a cleaner form of fuel than the polluting liquid fuels used today.

“As I am sure you are aware, the three previous procedures for the arrival of natural gas in Cyprus did not result in a signature,” he added.

“The main reason was the very small quantities of natural gas required in the Cypriot economy. In addition, in one case there was an issue with the short period of infrastructure depreciation that would undoubtedly lead to an increase in the price of electricity, while in another case the problem was the commitment to long-term contracts, with all the risks involved.”

This time the government has diversified its approach, separating infrastructure from gas supply, Lakkotrypis explained, ensuring on the one hand that public infrastructures will have a low rate of return, thus keeping prices low, and, on the other hand, that gas supply will achieve maximum flexibility through a combination of spot and contract markets.

“In addition, we have been sponsored by the EU for one-third of capital spending, and the favourable low-cost lending environment allows us as a country to develop our own infrastructure.”

The LNG terminal will include a LNG floating storage and re-gasification unit (FSRU), a floating unit pier, a pier duct and other related infrastructure.

The total value of the project amounts to €290 million. EU funding of € 101 million has already been secured under the Connecting Europe Facility (CEF) funding programme. The EAC will pay €43 million, while the rest will be financed through the European Investment Bank or the European Bank for Reconstruction and Development.

The signing of the contract followed a lengthy and complex tender process overseen by Defa, in cooperation with external industry experts.

The top ranked bidder had to satisfy a series of qualitative, quantitative and financial criteria, so as to be able to demonstrate an ability to perform at the high standards set by Defa regarding the development of the Cyprus natural gas market infrastructure.