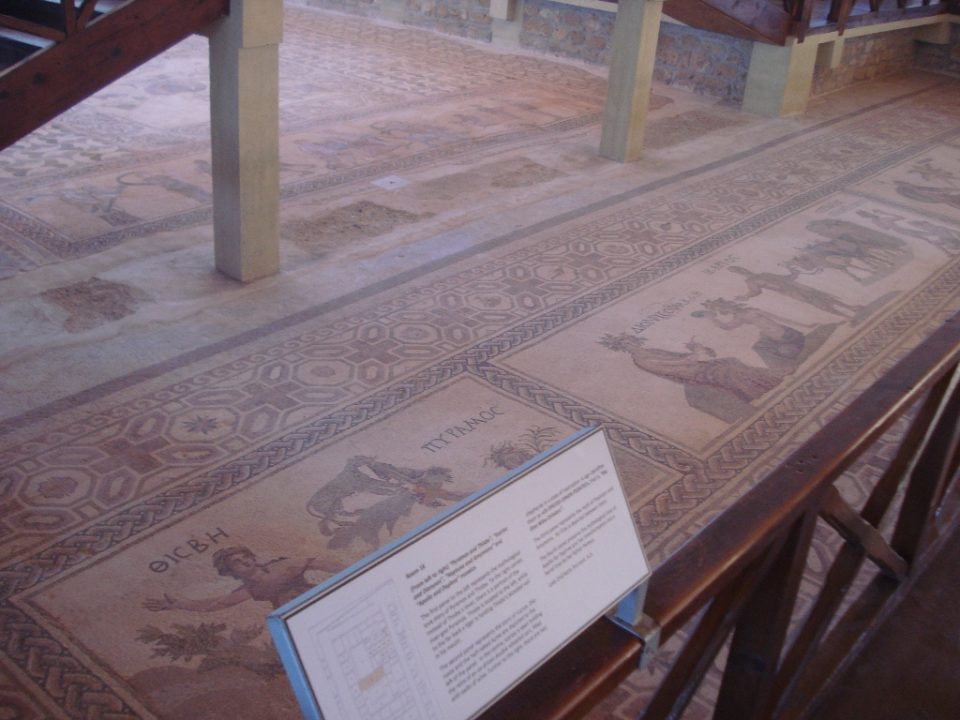 Two touch screens will be installed at the archaeological park of Kato Paphos, and a free app will also be launched, both aimed at enhancing visitors experience of the Unesco protected site.

The initiative is a collaboration between the Paphos regional board of tourism and the department of antiquities at a cost of around 35,000 euros, which is being made possible through EU funding.

“This is a soft launch and we will run it as a pilot scheme for a couple of months until we launch it fully next year,” a spokesman for the Paphos regional board of tourism told the Cyprus Mail.

Updating the visitor experience at the World Heritage site is long overdue. Visitors have often complained that the carefully preserved Roman mosaic floors and other remains dating from the 4th century BC to the Middle Ages are presented poorly.

The initiative is being made possible using funds from an EU programme ‘Christa’ which promotes responsible, innovative and sustainable tourism.

The Christa project got underway in April 2016 and involves 10 partners from 10 EU member states, regional and local authorities and tourism authorities in nine EU regions. Cyprus is a lead partner.

The touch screens will be placed inside the visitors information centre situated within the park, and will include information relating to the area, as well as videos, high quality photographs and an audio guide which is available to download from both the screens and an enhanced version via the app.

“The new app will be promoted via our tourism partners, such as hotels, and visitors will also be able to download it on the spot, there will be signs to show where. They can then scan the code and download the app for free,” the spokesman said.

All of the content contained in both the app and the touch screens has been approved by the department of antiquities and the app will be available in four languages: Greek, English, German and Russian, which are the most popular required at the site, according to the tourism board.

“There is a possibility of expanding this to include other languages in the future,” he said.

Christa aims to protect and preserve natural and cultural heritage assets. It also enables the development and promotion of innovative, sustainable and responsible tourism strategies, including intangible and industrial heritage, through interpretation and digitisation.

The archaeological park is one of the most important archaeological sites of Cyprus and has been included in the Unesco World Heritage Sites list since 1980.

The area includes sites and monuments from the 4th century BC to the Middle Ages, while most remains date to the Roman period. Intricate mosaic floors of four Roman villas, the houses of Dionysos, Theseus, Aion and Orpheus depict various scenes from Greek mythology.

The protected area also includes other important monuments, such as the Asklepieion, the Odeon, the Agora, the Saranta Kolones (Forty Columns) Castle, the Limeniotissa ruins of an early Christian Basilica and the Tombs of the Kings.

The latest move is in line with the provisions of the archaeological park’s management plan and will contribute to the efforts made by the local tourism board and the department of antiquities to promote Paphos’ rich, archaeological heritage.