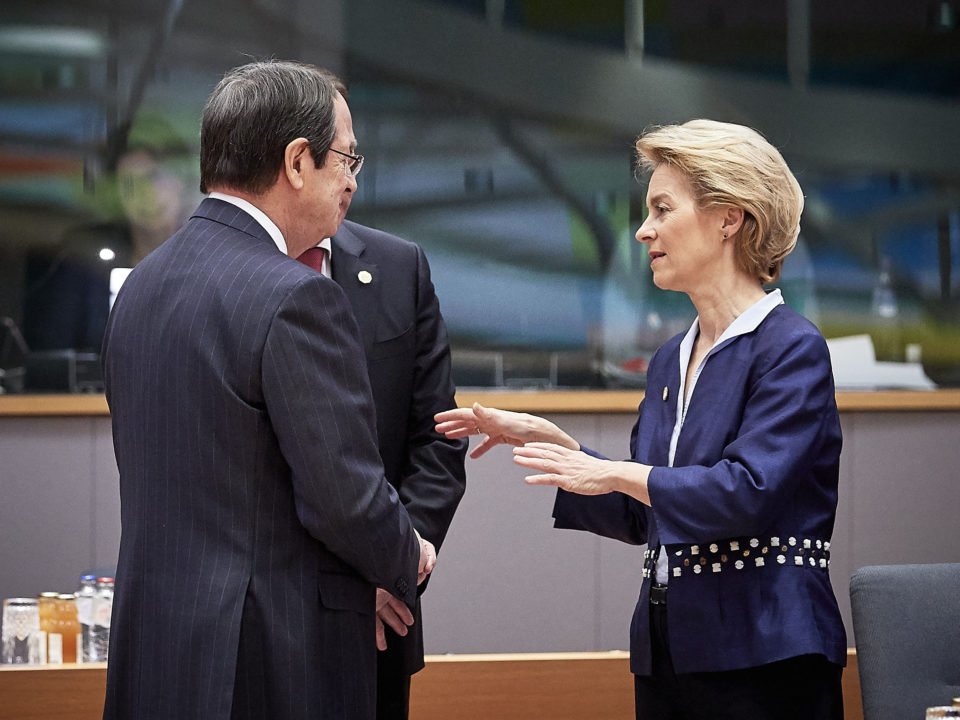 By Evie Andreou and Elias Hazou

President Nicos Anastasiades on Friday expressed his full appreciation for the European Council (EUCO) conclusions on Turkey after EU leaders announced that an accord between Libya and Turkey mapping out maritime boundaries was a violation of international law.

“I express my full appreciation for the EUCO conclusions on the collective response against Turkey’s illegal actions and the violation of the sovereign rights of Cyprus and Greece,” he tweeted. “The EU’s crystal-clear common position is that Turkey should fully respect international law and the UN Convention on the Law of the Sea.”

According to the text adopted, “the Turkey-Libya Memorandum of Understanding on the delimitation of maritime jurisdictions in the Mediterranean Sea infringes upon the sovereign rights of third states, does not comply with the Law of the Sea and cannot produce any legal consequences for third states”.

The EU leaders also “unequivocally” reaffirmed the EU’s solidarity with Greece and Cyprus regarding Turkey’s actions.

European Council President Charles Michel said at the closing press conference
that they had the opportunity to look at some international issues and especially the issue of Turkey.

In the meantime, Foreign Minister Nicos Christodoulides said later in the day that proof that EU decisions have an impact was Turkey’s reaction to them.

“It is a response to the issue raised that Turkey is not bothered by all this,” the minister told Radio Proto.

“Judging from the reactions, it is clear she is disturbed,” he said.

Greek Prime Minister Kyriacos Mitsotakis also said he could understand Turkey’s irritation, “because they are diplomatically isolated since their behaviour is being condemned.”

The Greek premier said he sought and received full support from his EU counterparts against Turkish provocation.

On what Greece would do in case of escalating tensions on the part of Turkey, he said: “We consider this agreement void, non-existent without any substance and will continue to protest in international forums such as the UN.”

He added that the agreement does not have the support and approval of the Libyan parliament and stressed that “Greece will do what is necessary to defend its sovereign rights.”

On Thursday, Turkey sent its accord with Libya on a maritime boundary between the two countries to the United Nations for approval, a Turkish diplomatic source said, despite objections from Greece that the agreement violates international law.

Two weeks ago, Libya’s internationally recognised government and Turkey signed the maritime delimitation agreement, in a move that escalated disputes over potential offshore gas reserves in the eastern Mediterranean.

Turkey says the accord aims to protect its rights and is in line with international law. President Tayyip Erdogan said that the accord will allow Turkey and Libya to hold joint exploration operations in the region.

Infuriated by the pact, Greece accused Libya’s government of deception and expelled the Libyan ambassador to Athens. It also said it had lodged objections with the United Nations, saying the accord violated international law.

The European Union has readied sanctions against Turkey in response to its actions around Cyprus.