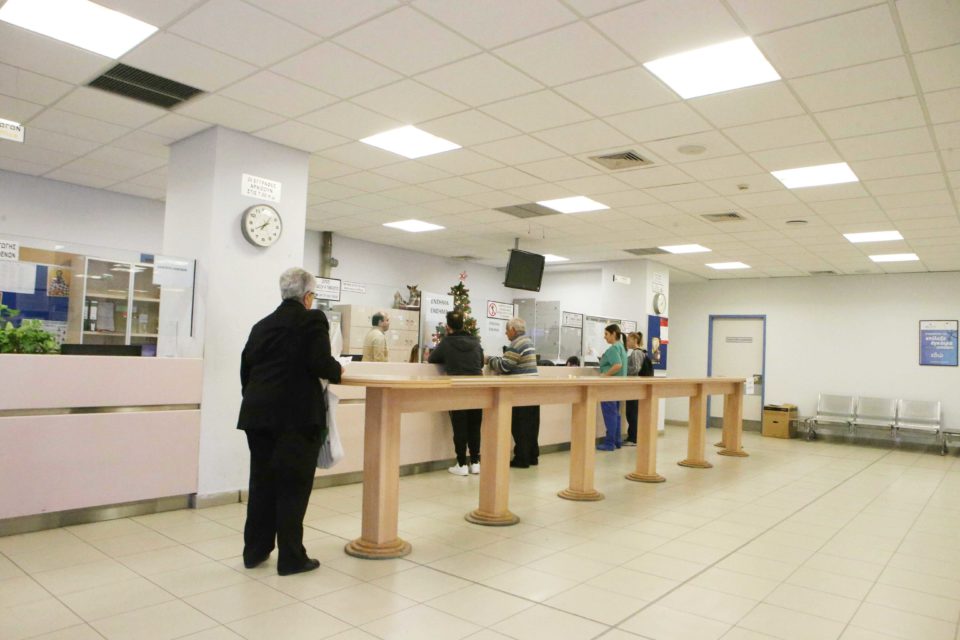 Patients in state hospitals experienced delays on Friday with some waiting for hours to be examined as doctors staged a three-hour work stoppage in protest over insufficient incentives to stay in the public service.

The work stoppage by members of Pasyki and Pasesi unions took place between 8am and 11am. Members of the doctors’ branch of the civil servants’ union Pasydy did not participate but had also warned they would take measures over delays in the conclusion of the dialogue with state health services organisation (Okypy) over incentives to public sector specialists.

Okypy submitted its proposal to the three unions on incentives for specialists on Thursday but doctors say they are not satisfied by what they were offered, claiming more.

According to the proposal by Okypy, the incentives offered to doctors will mean between €1,000 and €1,500 extra per month on top of their salaries and other benefits.

But head of Pasyki, Soteris Koumas on Friday said these incentives were in fact “disincentives”, arguing that what they were striving for is “receiving for outpatient and inpatient care services an amount roughly equivalent of an extra salary each month”.

“A basic salary and basic across-the-board incentives that would make doctors feel they are well paid and would feel it was worth staying in state hospitals,” he told state broadcaster CyBC radio on Friday.

According to Okypy spokesman Charalambos Harilaou, the organisation’s board proposed to the unions to pay each doctor 12.5 per cent of proceeds for visits and 5 per cent for other medical treatments during day shifts.

“This is an incentive to increase performance and keep good doctors who will attract more patients to state hospitals,” Harilaou said.

Okypy he plan took into account the fees of specialist doctors in the private sector, as well as other matters like pensions, holidays, professional insurance, training, provision of infrastructure, equipment, and supporting staff like nurses and secretaries, which have a significant cost,

The incentives were within Okypy’s budget and over and above other revenues specialists may have.

During a press conference also on Friday, Koumas said that what disappointed his union as regards Okypy’s proposal was the lack of prospects.

“We are not seeking golden fees,” he said, arguing Pasyki has made a comprehensive proposal aimed at creating a normal, working environment for public sector practitioners so that they do not constantly think about leaving the public sector.

He said that so far 100 had fled from state hospitals along with their expertise, a void, he said, that would be very difficult to fill.

If doctors find themselves constantly having to calculate how much they earn in state hospitals and under what working conditions, compared with the conditions and pay of private doctors also under Gesy, the flight will continue, he said.  According to a study commissioned by Pasyki, on average, state specialists earn €69,254 gross (between €60,000 and €85,000 depending on their pay scale) while private specialists receive on average €90,763 gross only for outpatient care.

Pasydy doctors too said in a written statement they found the content of the Okypy proposal “unsatisfactory and way beneath our expectations.” The union said they would submit a counterproposal after studying the Okypy proposal more thoroughly and would expect an immediate response.

The group warned that in the case of non-agreement or if there is stalling on behalf of Okypy they would be forced to react with dynamic measures.

“As doctors in public hospitals, we consider ourselves neither beggars nor second-class scientists, but highly respected officials who perform their duties daily with dedication to enable public hospitals to survive and provide quality services,” they said.

They added that a proper solution to this issue would lessen the pay gap between private and public sectors and would help keep specialist doctors in state hospitals.

Patients told media that due to the strike they had to wait much longer then they had anticipated to see their doctors. Some said they had no idea there would be a work stoppage and other said they chose to go to the hospital regardless because they had appointments they did not want to miss.