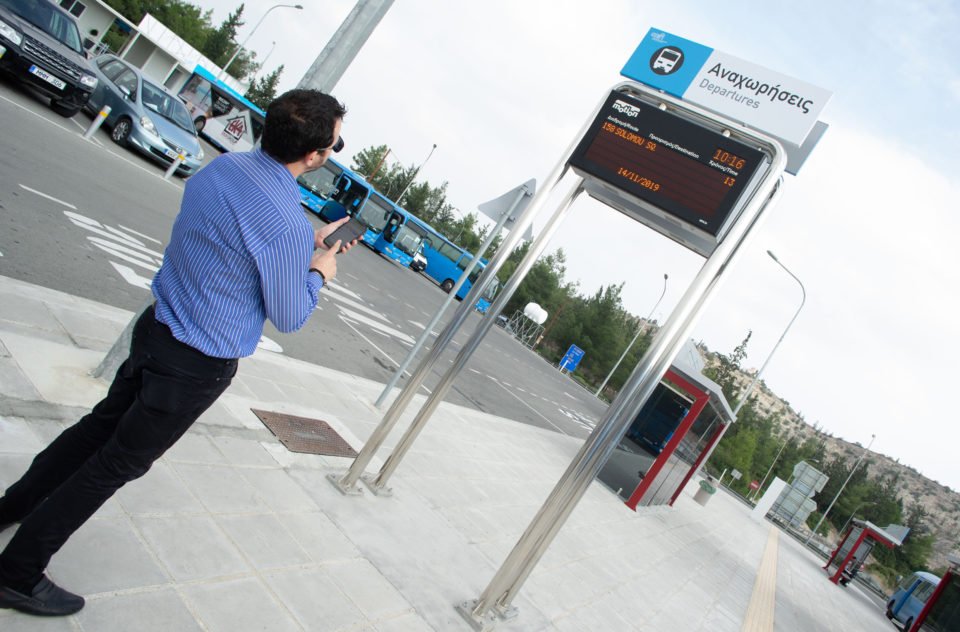 Most buses run by Nicosia’s Osel, Intercity, Limassol’s Emel and the Famagusta district’s Osea are connected with the advanced fleet-management system operated by GMV, a Spanish technological business group for the past year.

The software provides passengers with real-time updates of bus location, integrated payment systems, and a central back-office which gives companies access to maps and routes.

The transport ministry confirmed that cyberattacks were suspected, telling media that GMV, which operates the same systems in Malta, had sent a specialist in Cyprus to check on the issue and take measures.

“There were days we couldn’t work at all with the system and we were afraid we would lose data,” he said.

Intercity was one of the first companies that adopted the management system from GMV but also kept the paper ticket system.

“We wanted to keep both methods of payment to be safe in cases like this,” Kaoulas said.

“Disruptions occur mainly on Fridays throughout the whole day and at nights,” he said.

When Kaoulas noticed the system lagging at night, he suspected it was cyberattacks.

“There are not as many bus routes at night so it couldn’t be that the system was overloaded,” he told Cyprus Mail.

“It has to do with Denial-of-service (DDoS) attack,” Yiannis Panayiotides, advisor for the fleet-management system in the transport ministry told media.

DDoS is an attempt from hackers to overwhelm the server and disrupt the services making them unavailable to users.

The slowdowns do not affect the passenger information system but they appear to be focused in the central system where only the bus companies have access. Through that system, hackers can access the information related to companies’ operational costs.

When asked about the reason why someone would want to hack into the bus fleet-management software, Panayiotides said he could not talk about speculations.

Bus companies Osea of Famagusta, Osel of Nicosia, Zenon in Larnaca are appealing the transport ministry’s decision to give the 10-year contracts for the public transport services to the MLKP (Malta Lines and Kapnos Airport Shuttle Ltd) consortium.

Eight buses belonging to Kapnos – intended for use as part of the new public transport system if its bid were successful were torched in an arson attack a few weeks ago in Larnaca.

Turkish drones to fly out of breakaway Turkish Cypriot airport-reports