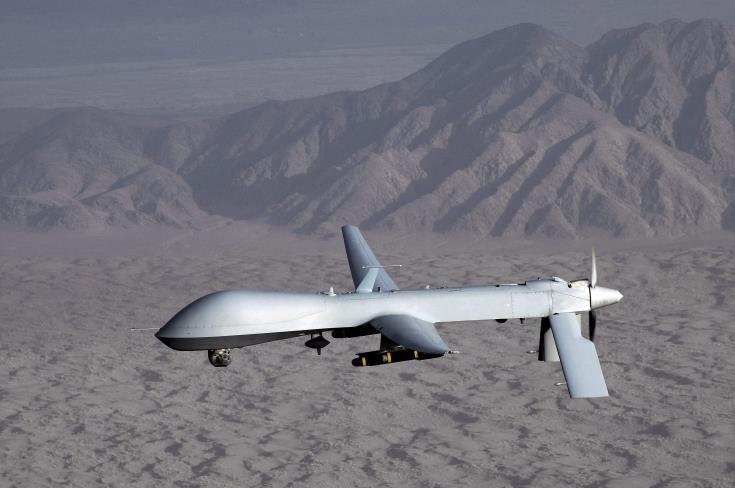 Turkey’s decision to fly drones out of an airport in Lefkoniko are yet another destabilising action, government spokesman Kyriacos Koushios said on Saturday, after reports the drones would start to fly out of the north on Monday.

Commenting on the reports, Koushios said: “It is clearly another destabilising action by Turkey in the area, which is already facing serious stability issues.”

He added Turkey’s latest action fails to help the already tense situation and is another example of how Ankara is interfering in and controlling the occupied areas.

“It is another action which causes issues to the already tense situation and it does not help in de-escalating the situation.”

On Friday, reports said efforts to base the drones had taken some time, adding that a team of experts from Ankara considered the commercial airport a suitable option.

Turkey began seeking oil and gas off the coast of Cyprus earlier this year, dispatching two drill ships and an exploration vessel with UAVs escorting them.

Commenting on actions Cyprus will take, Koushios said: “We will look into it, because it is a new development. The issue will be discussed with the foreign minister and decisions will be made,” he said.

The European Union has called Turkey’s oil and gas search in Cyprus’ exclusive economic zone illegal and has readied sanctions against Turkey in response.

Ankara says that some areas Cyprus operates in are either on the Turkish continental shelf, or in areas where the breakaway Turkish Cypriot state has rights over any finds.

Commenting on a statement by the Turkish foreign ministry on the European Council decision on Ankara’s maritime agreement with Libya, Koushios said Turkey must respect international law as well as the leaders of the EU member states.

“It is necessary for Turkey to finally show respect to international law and the leaders of the European Union, of which it seeks to be a part,” Koushios said.

On Friday President Nicos Anastasiades expressed his full appreciation for the European Council (EUCO) conclusions on Turkey after EU leaders announced that an accord between Libya and Turkey mapping out maritime boundaries was a violation of international law.

“I express my full appreciation for the EUCO conclusions on the collective response against Turkey’s illegal actions and the violation of the sovereign rights of Cyprus and Greece,” he tweeted. “The EU’s crystal-clear common position is that Turkey should fully respect international law and the UN Convention on the Law of the Sea.”

According to the text adopted, “the Turkey-Libya Memorandum of Understanding on the delimitation of maritime jurisdictions in the Mediterranean Sea infringes upon the sovereign rights of third states, does not comply with the Law of the Sea and cannot produce any legal consequences for third states”.

The EU leaders also “unequivocally” reaffirmed the EU’s solidarity with Greece and Cyprus regarding Turkey’s actions.