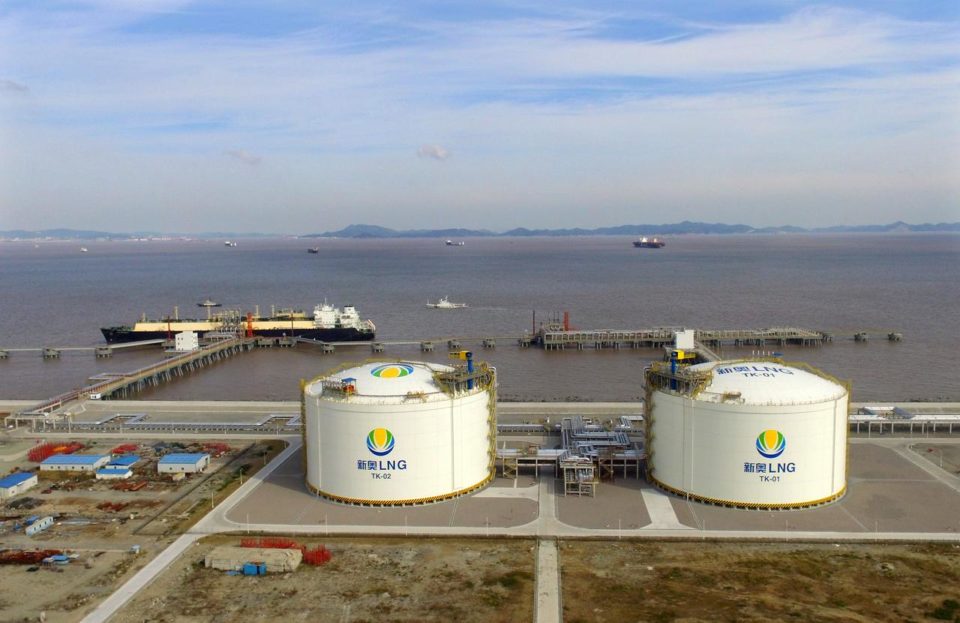 This is a follow-up to the article I wrote two weeks ago about the future of gas in Europe and its impact on Cyprus. Unlike Europe, gas demand in Asia is forecast to carry on increasing over the next 20 years due to rising populations and increasing energy demand as living standards improve. As an example, on average an Indian consumes about 20 per cent of the energy a European consumes. As living standards in India improve, so will energy demand. In addition, Asia’s population is forecast to increase by 15 per cent by 2040, adding to energy demand.

As a result, global energy demand is forecast by BP in it’s World Energy Outlook to increase by 30 per cent by 2040, led by Asia and particularly by China and India. Much of this increase will be provided by renewables – which by 2040 will become the largest source of power generation – but also by natural gas.

The role of gas

According to the International Energy Association (IEA), Asia’s net imports of natural gas will grow by about 35 per cent by 2040, led by China and India. But competitiveness against competing fuels – particularly cheap renewables and coal – sustainability and security of supplies are critical factors affecting realisation of this potential in the rapidly evolving global and Asian energy markets.

The US will account for 30 per cent of the increase in global natural gas production to 2030, mostly from shale production remaining higher for longer, with more than half of this exported as LNG. Russia will continue to be the second-largest natural gas producer after the US, while Qatar will remain the world’s largest LNG exporter. Most of the growth in global LNG production is destined for Asia.

China will lead import growth in Asia, but this is increasingly affected by LNG prices and security of supplies considerations. In India, the prospects for natural gas imports are limited by supply constraints and affordability issues and by advancing renewables, as well as by the lack of infrastructure.

However, the IEA warns that there is significant uncertainty regarding the scale and durability of demand for imported LNG in developing markets. Investment in liquefaction, transportation and regasification adds to cost and makes LNG a relatively high-cost fuel. The IEA says that competition from other fuels and technologies, such as coal and renewables, “looms large in the backdrop of buyer sentiment and appetite to take volume or price risk.” Such commercial challenges cannot not be ignored.

By 2040, natural gas demand in advanced economies will be lower than current levels. In developing economies, gas growth in the power sector will rise by 2030 but will then fall back due to the growing share of renewables.

Coal-to-gas switching can still provide ‘quick-wins’ for global emission reductions. But given the cost difference, coal will be retaining a major role in Asia’s energy consumption to 2040. For example, in China the cost of coal is only a fifth of that of gas, with most of it produced domestically, thus not depending on imports that are subject to security challenges.

Trade wars, security of supplies, preference for domestic resources, and low economic growth, are slowing down LNG import demand in Asia, creating a glut of LNG in the markets and low prices.

Between now and 2030 LNG projects with a total capacity of around 1100mtpa (million tons per annum) are at various stages of development for a potential LNG market increase close to 100-150mtpa. As a result, most of these projects will not go ahead.

Qatar Petroleum announced end of November that it plans to increase LNG production by 2027 by close to 50mtpa. Russia’s Novatek has also announced new projects to increase LNG production by close to 30mtpa over the same period. This is some of the cheapest LNG in the world, profitable even if the price drops down to $4/mmbtu (per about 1000 cubic feet).

In addition, on 2 December the ‘Power of Siberia’ gas pipeline started delivering gas from Russia to China. By 2025 the amount will increase to 38bcm/yr (billion cubic metres), replacing LNG imports to China.

Between them, these projects will deliver to Asia most of the increase in LNG demand over the next decade, making it that much more difficult for new projects to secure a share of this market.

According to Oxford Institute of Energy Studies, oversupply and low prices are expected to continue towards the end of the next decade. Prices in Asia are now down to $5.50/mmbtu, even though it is winter, and in the longer term may increase to $7.50/mmbtu – a challenging price for East Med LNG.

The abundance of gas supplies and competition with increasingly cheaper renewables and coal, mean that price matters.

These is what new East Med LNG projects will have to compete with, it they are to secure export markets. East Med gas needs to be competitive.

What this means for Cyprus

With Europe not likely to be a market for Cyprus gas – see my article in Sunday Mail on 1 December – it leaves Asia, a highly competitive market, very challenging to penetrate. In order to do that, LNG from Cyprus must beat $7.50/mmbtu at destination.

Discovering more gas during the forthcoming drilling round in 2020-2021 is not the problem – in fact discoveries are quite likely – the problem will be selling it.

Even if Cyprus were to be successful to export some of its gas, given low global gas prices profitability will be marginal. The perception of future riches from gas risks remaining a perception.

What that leaves Cyprus with is regional markets, but these require solution of Cyprus problem.