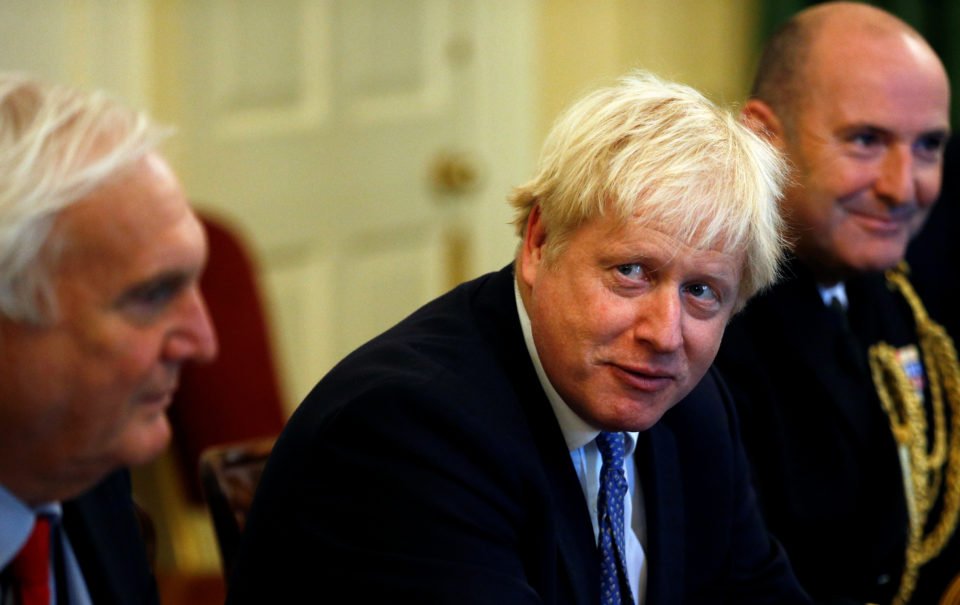 British Prime Minister Boris Johnson will “get Brexit done” by Jan. 31 and then agree a new trade deal with the European Union by the end of 2020, cabinet office minister Michael Gove said on Sunday, vowing to deliver on the government’s top priority.

Johnson and his team were triumphant last week when he won a commanding majority of 80 at an early election he said he was forced to call to break the Brexit deadlock. Winning over many traditionally Labour voters in northern and central England, Johnson has proclaimed he will lead a “people’s government”.

First, the Conservative leader must make good on his often-repeated promise to “get Brexit done” and then turn to realising another priority – to increase funding into Britain’s much loved but struggling public health service, a pledge he plans to enshrine in law.

“I can absolutely confirm that we will have an opportunity to vote on the Withdrawal Agreement Bill in relatively short order and then we will make sure that it passes before January 31st,” Gove told Sky News.

Asked about a new trade accord with the EU, Gove said: “It will be concluded next year. We will be in a position to leave the European Union before the 31st of January next year and then we will have concluded our conversations with the EU about the new framework of free trade and friendly cooperation that we will have with them by the end of next year.”

The EU’s chief negotiator, Michel Barnier, has cast doubt over whether the trade talks will be so swiftly concluded, saying last month that the negotiations would be “difficult and demanding” and warning Britain the bloc “will not tolerate unfair competitive advantage”.

Johnson, who celebrated his victory by visiting Sedgefield, a former Labour bastion that was the parliamentary seat of ex-prime minister Tony Blair but voted Conservative this time, will set out his programme on Thursday in a Queen’s Speech.

Rishi Sunak, a deputy finance minister, said the government aimed to re-submit the Withdrawal Agreement Bill to parliament for ratification before Christmas to allow ministers to start work on other priorities such as “levelling up” the country.

After more than three years of debate over Brexit, Johnson faces a struggle to unite a country where disagreements over how, when or whether Britain should leave the EU have torn towns, villages and even families apart.

For the opposition Labour Party, Thursday’s election was its worst result since 1935 and underlined how its equivocal Brexit policy and its socialist leader, Jeremy Corbyn, had proven an electoral disaster for many traditional supporters.

“Let me make it clear that it’s on me. Let’s take it on the chin,” Labour’s finance chief John McDonnell told the BBC’s Andrew Marr Show. “I own this disaster.”

He said there would be a new leader in place by early next year, and already some said they were considering running.

Lisa Nandy, a lawmaker for the northern town of Wigan, said she could enter the race, while justice policy chief Richard Burgon said he would back Rebecca Long-Bailey, Labour’s business policy chief, if she decided to run for the leadership.

Corbyn, who apologised to Labour supporters in two newspapers on Sunday, has said he will step down as soon as a new leader has been elected by the party membership.

“I will make no bones about it. The result was a body blow for everyone who so desperately needs real change in our country…I’m sorry that we came up short and I take my responsibility for it,” he wrote.

But Corbyn added: “I remain proud of the campaign we fought … And I’m proud that our message was one of hope, rather than fear.”

Tourism ministry to take part in 17 exhibitions abroad next month