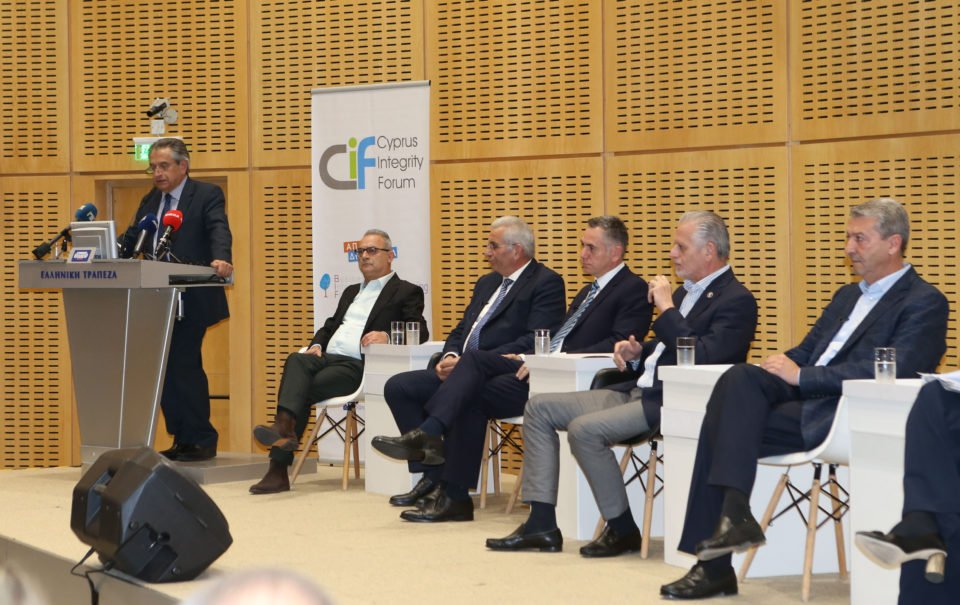 At the event, which was attended by the auditor-general, justice minister, police chief and the leaders of the seven political parties, Clerides alleged that two media outlets that had been facing financial problems had started a ‘war against him’ after their sources of financing had changed.

He added that both he and the auditor-general Odysseas Michaelides received a “ruthless and unreasonable attack” from two newspapers, over a specific criminal case both were examining. He did not specify the case nor name the newspapers.

Defending Clerides, Michaelides said: “It is a travesty for the freedom of the press that some media outlets are ruthlessly taunting an excellent government official because he stood in their way.”

He added the same media groups have also been presenting himself as dangerous for the country, just like Clerides, who is retiring in two months.

“The concern of some is how they will behead me, or if they cannot, at least decommission me,” he added.

Michaelides said he had not learnt to sit aside, and his reform of the Audit Office, the improvement and modernisation of audit practices, and the introduction of safeguards to reduce the likelihood of error, is his protection.

Referring to the political parties he described as the cells of the country, and the state can only be healthy if its cells are healthy. “Your responsibility, dear party leaders, is enormous,” Michaelides said.

Justice Minister Giorgos Savvides commented on the state of corruption in Cyprus, which has steadily improved in the last two years. Citing results from Transparency International, the international corruption authority, he said that in just one-year Cyprus jumped four places, from being 42 in 2017 to 38 in 2018, in terms of corruption.

“In 2018, Cyprus was among the five EU member states that recorded the highest relative increase. This progress, although significant, is by no means a matter of reassurance,” he said.

Savvides added the aim is to further improve Cyprus on all corruption-related issues.

According to Mr. Savvides, much needs and can be done and no one be excluded from this effort.

Police chief Kypros Michaelides acknowledged that there were a significant number of recent corruption-related criminal cases. He added that detecting corruption cases within the police was inevitable as its members are at increased risk of organised crime.

“When and where such cases exist, the police leadership shows zero tolerance,” he said.

But he added that more tools to tackle corruption were needed, saying there should be an internal audit service directly supervised by the attorney-general established.

Our View: Imperative problems with first phase of Gesy are fixed soon