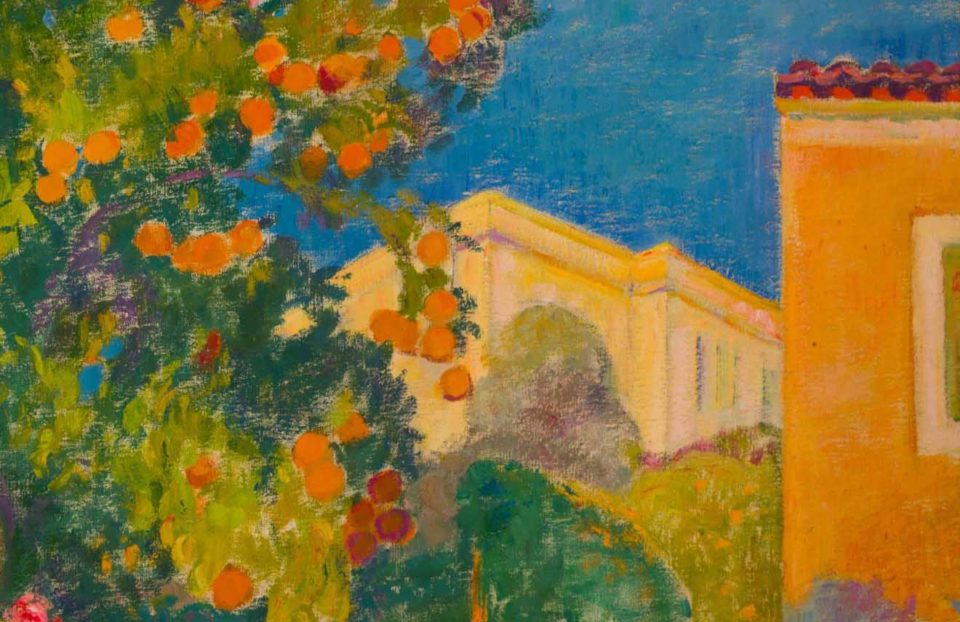 The ongoing temporary exhibition at A. G. Leventis Gallery is dedicated to the leaders of Belgian Impressionism as well as to the movements that developed after them. Selected works from museums and private collections from Belgium, Greece and Cyprus, showcase the evolution of Belgian Impressionism, from the mid-19th to the beginning of 20th century.

The exhibition, on until late January, is a retrospective of Belgian Impressionists and the group which, in their attempt to reclaim some of the limelight from their more famous French counterparts, discovered unique ways of handling light, emphasising ‘sensation’ rather than ‘impression’.

Metamorphosis is the title the exhibition goes by and it focuses on the movement’s most celebrated exponents, bringing together works from leading Belgian museums, but also treasures from celebrated private collections, many hitherto unseen and unpublished. Following on from the precursors of Realism in Belgium, such as Hippolyte Boulenger and Charles Hermans, the exhibition dwells on the flourishing of plein-air painting in Belgium in the late 19th century, through works by Félicien Rops, Théo van Rysselberghe, Guillaume Vogels and James Ensor, among others.

Metamorphosis also traces the spirit of thriving artistic circles, such as La Chrysalide and Les XX, and presents the poetic nocturnes of Louis Artan and the intensity of Isidore Verheyden’s landscapes alongside the dazzling skies of Pericles Pantazis – the only Greek in this intimate circle of Belgian Impressionists.

The book that accompanies the exhibition is the only edition of its kind, to date, detailing the works that marked this important period in Belgian art and the lifestyle of the period. Complete with rich photographic material, it includes texts translated into three languages: English, French and Greek.

The exhibition was inaugurated by the General Director of the BOZAR Centre for the Arts in Brussels, Paul Dujardin, who said the fact that the Gallery “looks beyond the limited context of Belgian art and selects the lesser-known but equally important artistic period of late 19th and early 20th century Belgium is a sign of originality and courage.”

Several free guided tours are offered to further explore the exhibition and the next is the only one taking place in English. It will be on this week, on Wednesday at 11am with two more tours scheduled for 5.30pm of the same day and at 11am on December 21. Booking is necessary to attend the tours, so contact 22-668838 or [email protected] for reservations.