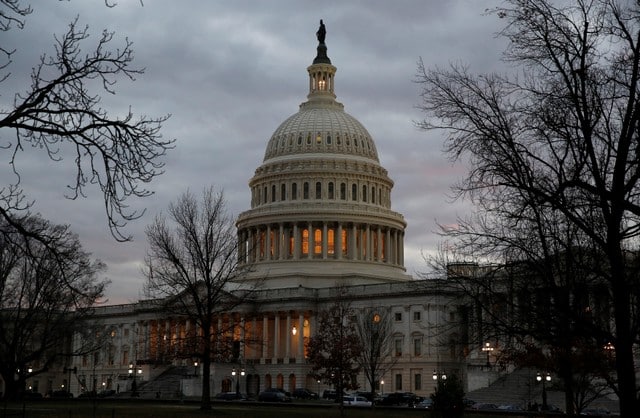 A bill due to be passed at the US Congress by Friday for an East Med energy partnership with Greece and Cyprus mandates the compilation of a report scrutinising Turkey’s violations of Cyprus’ exclusive economic zone (EEZ) but also one detailing Russia’s influence in Cyprus.

The “Eastern Mediterranean Security and Energy Partnership” bill, which has been tabled at the Senate by Democrat Robert Menendez and Republican Mark Rubio, and in the House by Republican Costas Bilirakis and Democrat David Sicilline, will be voted into an Act by Congress by December 20, CNA reported.

This, in turn, will be followed by the Senate approval of the budget on national defence, which includes provisions for the lifting of the decades-old arms embargo on Cyprus.
The Eastern Mediterranean Security and Energy Partnership is included in the final package of the bill on appropriations. The House plenary is expected to vote on the bill in two sections, on Tuesday and Wednesday, and the Senate will follow. The procedure should be wrapped up by December 20 and be signed by Friday evening by President Donald Trump.

The Act states that, not later than 90 days after the date of the enactment, the US Secretary of State, in consultation with the Secretary of Defence and the Secretary of Energy, must submit to the appropriate congressional committees a report listing incidents since January 15, 2017, determined by the Secretary of State to interfere in efforts by Cyprus to explore and exploit natural resources in its EEZ. A similar report is required for violations of Greek sovereign territory.

The US will also be seeking a listing of Russian national ownership of media outlets in these countries, including the name of the media outlet, approximate viewership, and assessment of whether the outlet promotes pro-Kremlin views.

The report must also contain an assessment of efforts supported by Russia to influence elections in the three countries, through the use of cyberattacks, social media campaigns, “or other malign influence techniques”.

Washington also wants an assessment of efforts by Russia “to intimidate and influence the decision by His All Holiness Ecumenical Patriarch Bartholomew, leader of 300,000,000 Orthodox Christians worldwide, to grant autocephaly to the Ukrainian Orthodox Church”.

The Act says that “the Secretary of State, in coordination with the Secretary of Energy, may enter into cooperative agreements supporting and enhancing dialogue and planning involving international partnerships between the United States and Israel, Greece, and the Republic of Cyprus.”

It may also establish a joint United States-Eastern Mediterranean Energy Centre in the United States leveraging the experience, knowledge, and expertise of institutions of higher education and entities in the private sector, among others, in offshore energy development to further dialogue and collaboration to develop more robust academic cooperation in energy innovation technology and engineering, water science, technology transfer, and analysis of emerging geopolitical implications, which include opportunities as well as crises and threats from foreign natural resource and energy acquisitions.