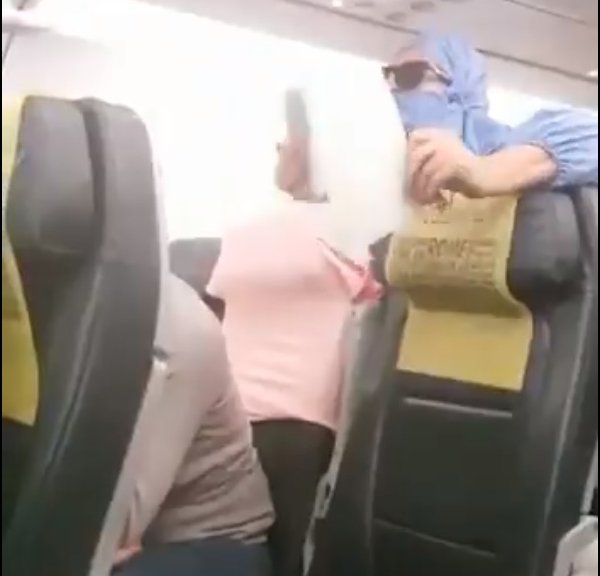 A flight from Istanbul to Tymbou (Ercan) airport in the north was cancelled after a woman threatened to blow up the aircraft on Wednesday morning, Turkish newspaper Hurriyet reported.

According to reports, a woman in the plane who had covered her face with a veil and sunglasses started to shout shortly before take-off on the runway.

“I am a Feto member, and I will blow up the aircraft,” she shouted in Turkish. A video shows her waving her hands in which she is holding a picture of Turkish cleric Fetullah Gulen. Gulen, who has lived in self-imposed exile in the US since 1999, has denied involvement in the July 2016 failed coup against Turkish President Tayyip Erdogan who holds him responsible.

Other passengers reportedly tried to calm the woman down while security guards were called to the aircraft.

According to Hurriyet, the woman argued with other passengers and lit cigarettes in the plane before security forces arrived.

The flight of Pegasus Airlines from Istanbul Sabiha Gökçen Airport to Tymbou was cancelled.