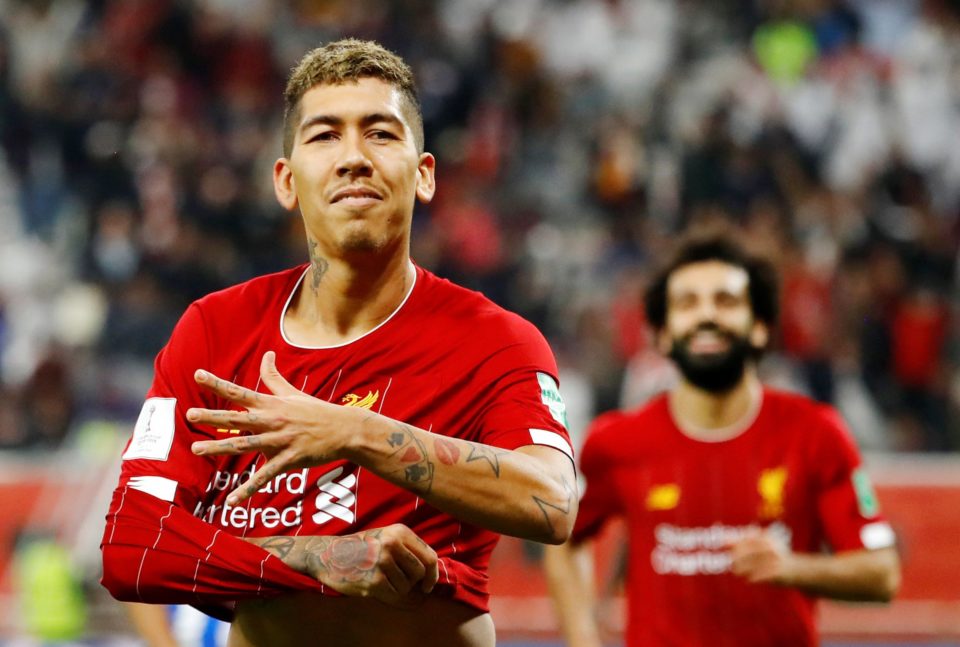 Liverpool, without centre back Virgil van Dijk, who was missing through illness and with Firmino and Sadio Mane starting on the bench, never truly imposed themselves on the game but their trademark perseverance paid off and earned them a place in Saturday’s final.

“They fought really hard, we had problems before the game and during the game as well but I think the boys did exceptionally well,” said Liverpool manager Juergen Klopp.

It was a cruel ending though for Monterrey who played with discipline and brightness on the counter-attack and could have enjoyed a famous night had it not been for the alertness of Liverpool keeper Alisson Becker.

With Dejan Lovren and Joel Matip injured, Klopp had to ask midfielder Jordan Henderson to fill in for Van Dijk alongside Joe Gomez in the centre of a makeshift defence.

There were also starts for Xherdan Shaqiri and Divock Origi in attack, as Klopp began with two-thirds of his usual attacking trident on the bench, presumably with Saturday’s final in mind.

Liverpool got off to the ideal start when they took a 12th-minute lead as Mohamed Salah split the Monterrey defence with a clever reverse pass which Naby Keita raced on to and confidently slotted home.

The lead, however, lasted only two minutes as Liverpool’s defence failed to deal effectively with a high ball into the box. A shot from Jesus Gallardo was blocked, but the ball fell to Rogelio Funes Mori who fired home to make it 1-1.

Liverpool’s Alisson Becker was the busier of the two goalkeepers, twice foiling the dangerous Colombian winger Dorlan Pabon before the break.

Pabon was again a threat after the interval with Becker at full stretch to keep out his sweetly-struck free kick and the Brazilian keeper also did well with a long-range effort from Funes Mori.

Yet with the game heading for extra-time, Firmino, who only came on in the 85th minute, settled the encounter.

The Brazilian turned in a low cross from Trent Alexander-Arnold at the near post, after good work from Salah, who kept the ball alive before bringing the right back into the game.

It was a cruel end for an impressive Monterrey whose coach Antonio Mohamed felt they had merited more.

“We deserved a positive result, we honoured Mexican football. We were competing to win but we lost concentration in the final minutes and conceded,” he said.

“I am proud of the way we honoured our town and country – we lost with honour and dignity and looking forward to the Mexican league.”

Saturday’s final will mark a repeat of the 1981 Intercontinental Cup, the tournament’s forerunner, when a Zico inspired Flamengo beat Liverpool 3-0 in Tokyo.

Blair tells Labour: change or you will disappear

Annus horribilis II? Queen will reflect on another tough year