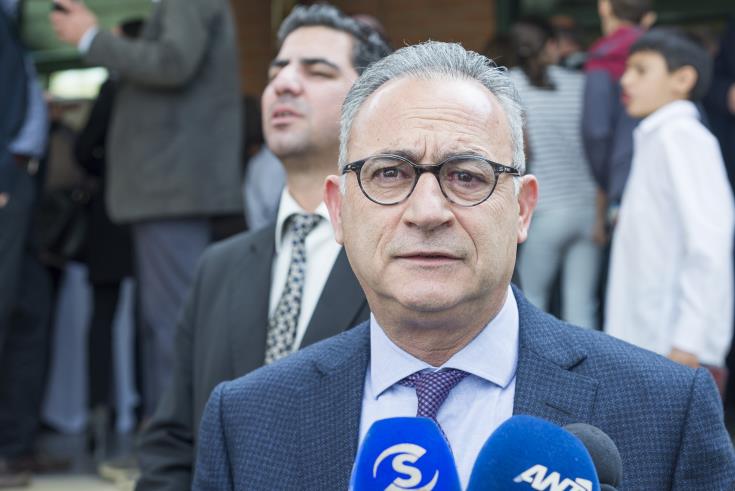 Greek Cypriot and Turkish Cypriot political parties on Wednesday committed themselves to avoiding actions or rhetoric that increases distance or mistrust between the two sides, and called for the resumption of meaningful negotiations.

The party representatives who meet regularly at the Ledra Palace under the auspices of the Slovak embassy, were joined on Wednesday by Disy leader Averof Neophytou as the ruling party was hosting the meeting whose theme was whether the political parties in Cyprus could help the Cyprus process..

In his address to the gathering, he told the media it was obvious to everyone that the window of opportunity for a solution would not remain open indefinitely.

Neophytou talked about how political parties could help the process, given also that the level of trust between the two sides was low at present, and the fact that people were sceptical about prospects for successful talks. This, he said, was noted by the UN secretary-general who had indicated that neither side appeared to be making an effort to rein in the rhetoric.

“We all know that finding a solution is not enough. The solution must be accepted by both communities in referendums at the same time, and above all, people must believe in the agreed solution in order to be lasting,” the Disy leader said.

“Therefore it is imperative that our behaviour in a peace process and our daily rhetoric, when referring to the other community, be such – even when expressing our disagreement – does not increase the distance and the distrust between the Greek Cypriots and the Turkish Cypriots.

“I have no doubt that we all had the opportunity to verify what the SG describes during our daily meetings with ordinary people. And I am sure we can agree that even ourselves, as political parties in the Greek Cypriot and Turkish Cypriot communities, are not free from this reality,” he added.

The regular Ledra Palace meetings were living proof Neophytou said, that politicians from both communities could discuss and even argue without creating distance and trust, and added that patience was imperative if they were to understand each other. While the meetings were a good forum, they took place in closed rooms and he suggested more was needed to get the message across.

The Disy leader said the time had come to support the establishment of a permanent bicommunal forum for dialogue between the youth organisations of political parties. “I firmly believe it’s time.”

A joint communique was issued after the meeting agreeing that political parties could assist the process and create a more positive climate.

“We commit ourselves to avoid actions or rhetoric that increases the distance and mistrust between Turkish Cypriots and Greek Cypriots and repeat our support for the resumption of meaningful negotiations,” it said.

From the Greek Cypriot side, party participation included Disy, Diko, Akel, Edek, the Greens and the United Democrats. From the Turkish Cypriot side five parties took part, other than the ‘governing’ parties.