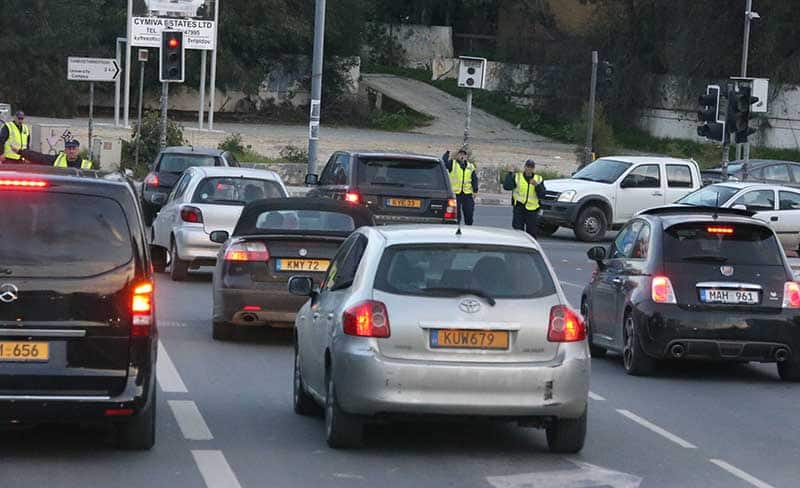 Ayia Fyla residents have been complaining over traffic congestion for years. The increasing population in the area and the lack of the necessary infrastructure to facilitate residents traveling to and from the city centre results in horrendous traffic jams, they say.

Drivers report it takes them more than an hour to travel to or return from the city centre, while traffic accidents are a frequent occurrence.

Residents blocked the Ayia Fyla avenue during a recent demonstration to protest against the government’s inaction over the problems.

During their meeting on Tuesday, the minister agreed to assign Limassol municipality as a contracting authority for some large projects to resolve traffic problems more quickly, Nicolaides said. A special committee will monitor the project’s progress.

Bids for the addition of traffic lights at the Ayia Fyla roundabout are expected in February as a first measure to tackle the traffic issue in the area, Karousos said.

Public transport and the municipality’s suggestion to create park-and-ride facilities will also be promoted, he added.

A plan has been prepared for the implementation of sustainable mobility in Limassol, said the minister, which will help reduce traffic jams in the city.

Despite the minister’s assurances that this would be the beginning of a close collaboration between the ministry and the municipality, Nicolaides said plans for the reconstruction of the eastern part of Evagoras Lanitis Avenue and another side road leading to the Ayia Fyla centre have been put on ice for years and should be re-promoted.