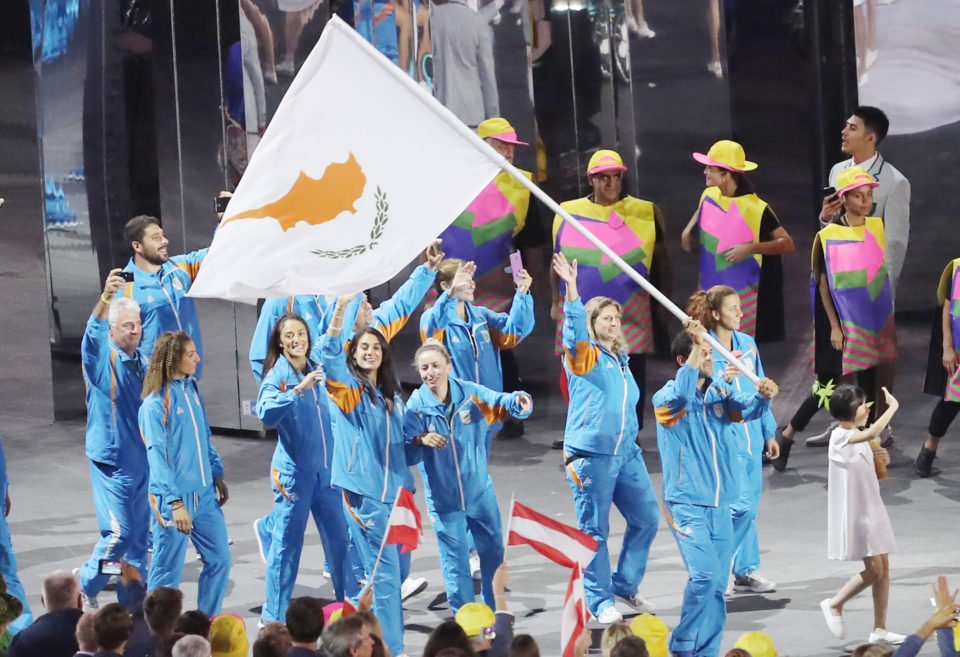 The Cyprus delegation enter the stadium during the Opening Ceremony of the Rio 2016 Olympic Games at the Maracana Stadium in Rio de Jan​eiro, Brazil

With less than eight months to go until the opening ceremony of the Tokyo 2020 Olympic Games, Team Cyprus has eleven athletes already qualified, seven men and four women, in five sports.

Taking into account the small size of the island, the current number, with more than half a year to go, is impressive.

Especially considering that nations with populations of tens of millions or with much greater Olympic success have less qualified athletes at this stage.
The latest Cypriot to qualify was Andri Christoforou in the women’s cycling road race event, who qualified via the UCI world ranking.

Earlier in October, three other qualifications occurred for Cyprus.

In the coming months, Team Cyprus is expected to grow. Two swimmers will join the squad, while various athletes in sports such as athletics, shooting, sailing, gymnastics, taekwondo and others are continuing their effort to qualify for the Games.

“2019 was the most productive year of this executive committee”, National Olympic Committee (NOC) president Dinos Michaelides said during the annual General Assembly earlier this month.

During the year, among others, the Cyprus NOC organised various seminars, award ceremonies, the Olympic Day celebration, the inauguration of the Cyprus Olympic Library, hosted the European Olympic Academies Congress and created the sponsorship program ‘Adopt an Athlete on the Road to Tokyo’.

Contract signed in Paphos for first electric bus in Cyprus

Nikos Christodoulides: Focus on cost of living and corruption