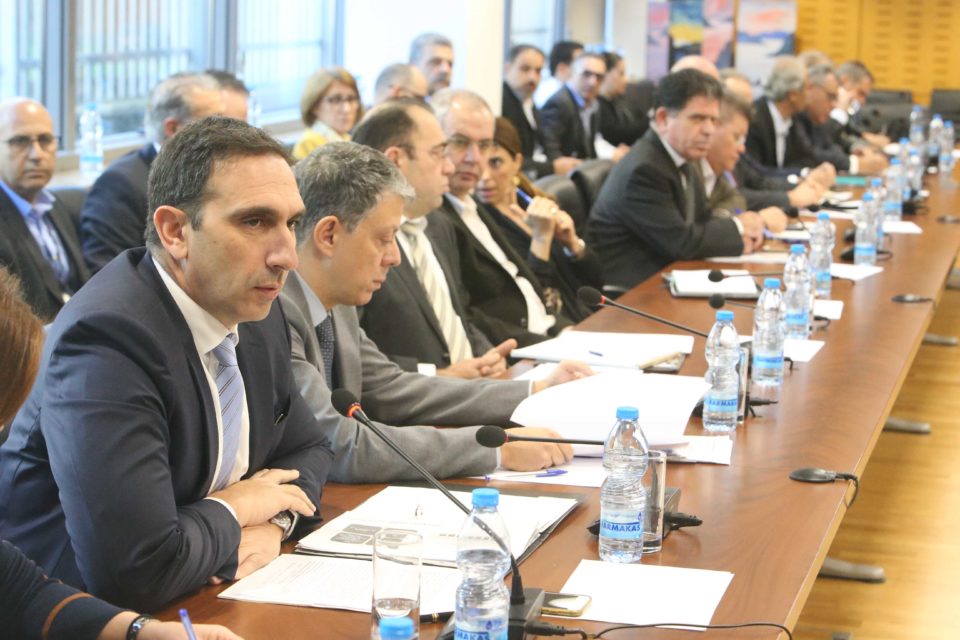 Parties on Friday discussed the progress of the national health system (Gesy), but no one has asked for its philosophy and architecture to be changed, House President Demetris Syllouris said.

Speaking after a broad meeting in parliament, Syllouris said changing Gesy’s philosophy and architecture had not been raised “and I think we all agree that it should continue to operate on this basis.”

Syllouris said the meeting agreed that procedures to create medical protocols should be expedited and overseers should be given additional tools like software and staff if necessary.

The House president warned however, that it was a disservice to Gesy to suggest that a lot of money was being wasted without any control.

“They are checked, they will be checked, and parliament will see to it they are checked more strictly and anyone trying to hurt this programme and this vision will face harsh procedures,” Syllouris said. “Because if it goes wrong, the House, in my opinion, will be held accountable.”

Health Minister Constantinos Ioannou expressed satisfaction over the results of the meeting but he hinted that not everyone was on board.

Ioannou said “most of them” had pledged not to change the current philosophy of the system, adding that in the next weeks the government will table an action plan designed to stamp out the abuse of the system.

The minister said the system’s viability was not in danger from any potential abuses by specialist doctors. In the run up to the meeting, reports in the media had Gesy doctors raking in hundreds of thousands of euros.

Gesy sources said these were known to them and had been under investigation, suggesting the reports had been timed to create a negative climate ahead of Friday’s meeting.

The minister said the ministry knew the exact figure relating to the so-called abuses and it appeared most that saw the public light were not serious.

As regards the operation of the system, Ioannou said the health insurance organisation planned to revisit the initial proposal concerning the GPs’ fees where 30 per cent will be linked to productivity and training, in a bid to improve the quality of the service.

Ioannou said he agreed with a proposal tabled by Disy chief Averof Neophytou for GPs to be compelled to hire a nurse or secretary when they exceed a certain number of patients, but he strongly disagreed with abolishing the GPs patient list and the €25 charge when going straight to a specialist without referral.

The minister said the charge was included to prevent abuses.

“If this provision is removed then everyone can easily go directly to the specialists without control, resulting in many more cases and that is when the system’s viability would be in danger,” Ioannou said.

He added that abolishing the GP list would essentially mean scrapping GPs who have a number of patients they have been seeing and know their history.

Averof Neophytou said Gesy’s philosophy must be bolstered, compelling those inside to provide the patients the services they ought to “because we haven’t made the system to serve the few, we made it to serve all citizens and patients.”

Neophytou said he raised the matter of doctor fees, arguing that it should be based on the patients they served and not the number registered.

“A GPs income cannot depend 100 per cent on those registered on the list and not based on how man they served,” he said.

The Disy chief said the system’s philosophy was being violated because the law provided that a GP should have a suitable surgery and staff to serve patients and not take in €20,000 to €30,000 per month irrespective.

Akel parliamentary representative Giorgos Loucaides said the usual suspects had nothing good to say about the system.

“On the contrary they focused on criticism and suggestions that go against Gesy’s philosophy and architecture while at the same time saying they respect the philosophy,” Loucaides said.

U.S. lawmakers at impasse over Trump impeachment trial in Senate